Less than 1 million Google TV’s out there – but why so few? 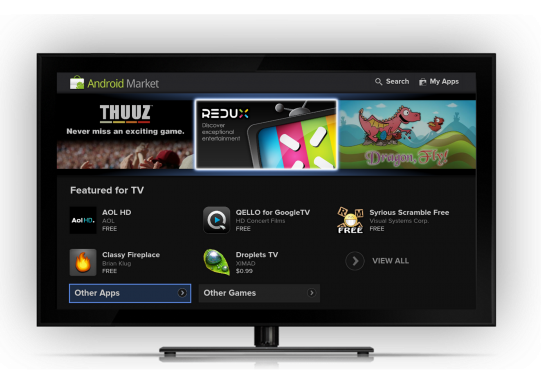 After becoming the most popular mobile platform, Android continues to get stronger, with over 850 thousand activations a day. Not every Android type of device is doing as great, though. We know that Google TV sales are not doing as well as they could, despite its most recent, and substantial, improvements.

According to a recent study conducted by Xiologic, there are less then 1 million Google TV units out there. Such number is acquired from the number of app downloads these smart televisions get from the Android Market. Needless to say that this method is not the most reliable, but it does get a good approximation and gives us an idea of how strong Google TV is, at the moment.

We have seen Logitech give up on this platform, and Sony is not producing any new Google TV devices. Reliable inside sources have previously told us that some new Sony Google TV’s were set to come to the market, with the product almost ready for production. But the Japanese manufacturer decided to give up on that project, and just bring a Google TV 2.0 update to its current iterations.

Said TVs never came to light, and prototypes were destroyed after the decision was made. The matter is now in the past, and no longer relevant to the consumer, as the product will never be released. But this proves that Google TV has a long way to go before it truly becomes successful.

Google TV saw some great improvements, now having access to the Android Market, which was the biggest request. But apps are scarce, as developers are not very inspired by such quantity of devices out there. It is yet unclear how things will turn out once Apple TV is released. But we hope that Google and the manufacturers have something good up their sleeves.

As usual, we would like to know how our readers see this. Do you guys like Google TV? What do you think Google could do to make its product more enticing?