Mobile World Congress 2012 started just a couple hours ago and the absolute FIRST thing we did when the show floor opened was make our way to Google’s Android booth. Actually it’s more of an area then a booth, very similar to last year, but there are a couple awesome additions so have yourself a little gander.

After refusing in 2011, I was finally able to convince Phandroid’s own Quentyn Kennemer to give the Android Slide a whirl in 2012. Check out the olympic Android athlete below as he practically breaks the sound barrier with his lightning fast sliding skills.

Meanwhile, I stuffed my face with an Android Robot shaped Ice Cream Sandwich, obviously a direct reference to the codename of Android 4.0. 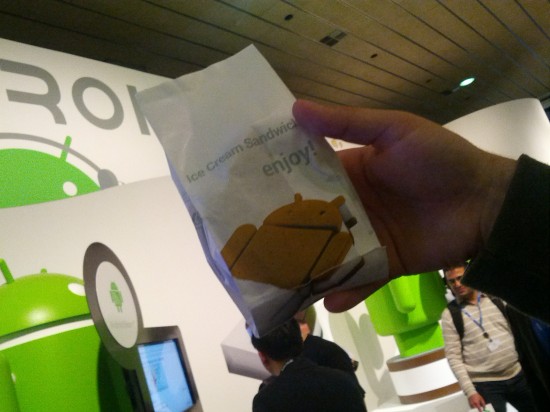 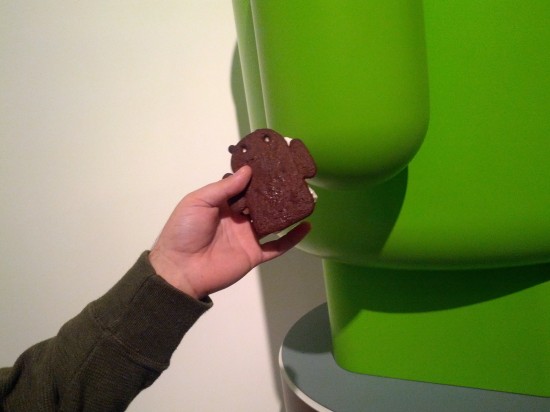 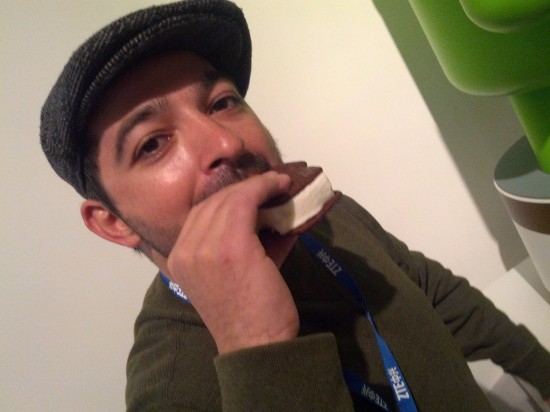 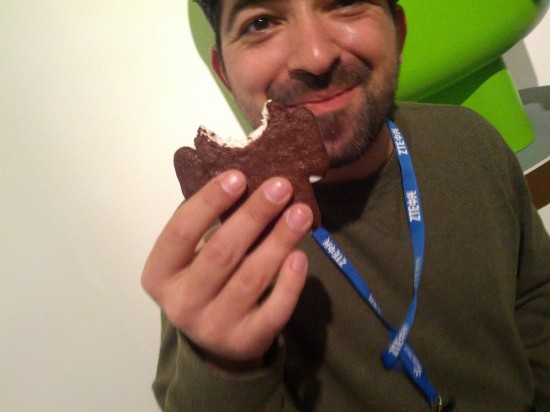 Unfortunately, even the energizing Android Ice Cream Sammich couldn’t artificially boost my skills at the Android Crane Game. Using the built-in accelerometer in the Toshiba Thrive, you could tilt the tablet, allowing you to control the direction of the crane as you attempt to perfectly place it before reeling one in. I didn’t even come close.

By the way, I’m a little bit addicted to these little “crane games” but I’m curious… do you call them “crane games” or something else? I kind of coined that term myself for lack of a better known word. Or maybe I subliminally stole the term.

Lastly, we checked out a piece of Android Robot machinery that was making “bedazzled” style phone covers complete with Android Robot and Nexus designs.

The final products are a little feminine for my tastes, but the actual process of watching the robot tap some glue and carefully/perfectly place the little studs on the cover was pretty fascinating. I think they were giving away these custom covers to Samsung phone owners, but there was quite the crowd and – despite what this post may lead you to believe – we’ve got some actual work to do.

So here we go… time to snag video and get answers about all the new products and announcements at Mobile World Congress 2012. We know you’re eager to check out the latest wares with us, so stay tuned to Phandroid throughout the week for hands-on videos, news, announcements and a whole lot more!