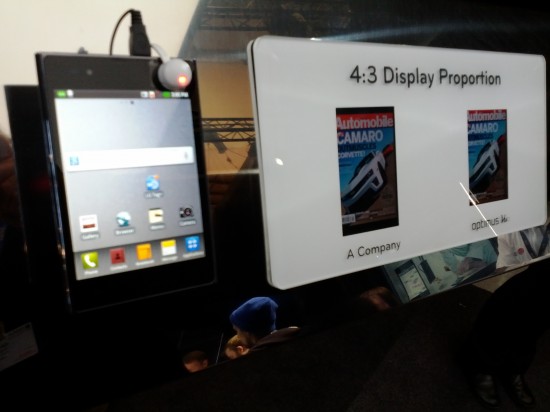 If you thought the Galaxy Note was ridiculously large, wait until you get a look at the LG Optimus Vu. While manufacturers want to sell these devices as blurring the line between a smartphone and tablet, it’s hard to say the Optimus Vu is anything but a table with the ability to make phone calls. The Vu’s display measures in at 5 inches, which on paper isn’t much larger the the 4.6 and 4.7-inch screens that are becoming standard on many high-end Android devices. The difference? The Vu utilizes a unique 4:3 aspect ration compared to the 16:9 ratio most handsets deploy. The result is one absolutely massive “smartphone.”

If aspect ration isn’t your forte, 4:3 used to be the standard for most televisions and computer monitors. Manufacturers have since moved onto 16:9 to better capture the aspect ratio of HD video and feature films. For a smartphone to move back to 4:3 seems a bit regressive, but it isn’t without merit. The larger viewing area is great for graphic-based content such as digitized magazines and comics, a strong suit for the Optimus Vu (the IPS display technology brings excellent brightness and color). Still, don’t expect to operate this thing easily with one hand. 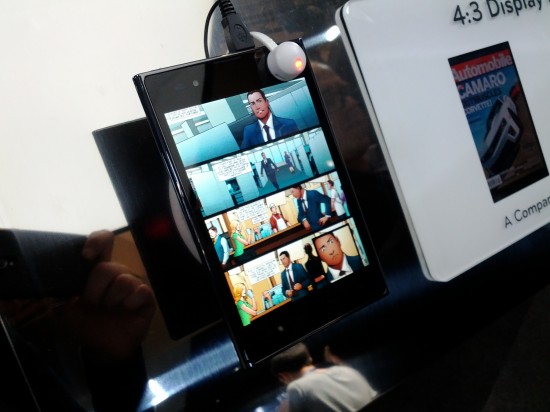 Much like the Galaxy Note, the Vu has a stylus component that allows you to doodle or annotate on anything and everything that runs across its display. A dedicated key at the top of the device freezes a screen capture and pulls up a pen menu where you can customize brush stroke and color. Even without a stylus, this feature works really well. You won’t need super nimble fingers to jot down a quick note sans pen. 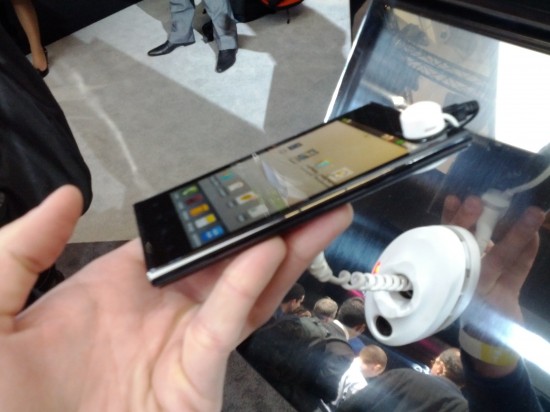 Within the Optimus Vu lies a dual-core processor clocked at 1.5GHz, 1GB of RAM, and 32GB of storage. It also carries an 8MP rear camera and 1.3MP front-facing camera. Fans yearning for the latest version of Android out of the box will have to look elsewhere in LG’s product lineup, however, as the Vu ships with Android 2.3 Gingerbread. LG has even managed to pack 4G LTE connectivity and a 2,080mAh battery in a package measuring only 8.5mm thick.

We came away with mixed feelings about the Vu. For all of its excellent features the size was just a bit too off-putting, even though the overall feel of the device is rather sleek and stylish. With tablets growing in popularity, maybe there is a space for phones like the Optimus Vu and Galaxy Note with customers who want to carry only one device. Perhaps these large-screened designs are a bit ahead of their time, even. With a strong lineup of devices launching at MWC including the quad-core LG Optimus 4X HD, LG won’t have to be the farm on the Vu, and that’s probably a good thing.