Did Google Get a Buy One, Get One Free Deal on Motorola? Shareholder and Analytics Firm Seem to Think So 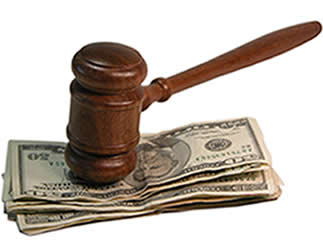 If someone were to tell you Google overpaid for Motorola Mobility, you’d probably scoff and say “$12.5 billion ain’t chump change.” Yea, it looks pretty damn expensive to those of us on the outside looking in.

But one Motorola Mobility shareholder – one John W. Keating – is not pleased with the deal at all as he believes Google undervalued Motorola, directly affecting him as a shareholder. His argument is that Motorola has way more to offer than patents and that’s all Google is paying for.

And, if you thought he was just blowing smoke, he may be somewhat right. With some very rudimentary mathematics and logic, analytical firm Frost & Sullivan deduced that Google paid Motorola for the cost of the patents only, and everything to come along with it was a free cherry on the top. Take a look at their reasoning below:

Motorola has a portfolio of 24,500 patents and patent applications that instantly bolsters Google’s strength in the IP war. Looking at some recent patent auctions and using some simple math can show why these patents were indeed the target of Google’s acquisition.

Using one of the industries recent patent auctions as a baseline, in December of 2010, Novell sold off its portfolio of 882 patents for $450 Million. A simple division calculation leads us to a value of $510,204.08 per patent. Why not round that figure off you ask?

Well, let’s look at the patent value of the Motorola acquisition.Forgetting that Motorola also makes mobile phones, let’s say the entire value of the acquisition was in their 24,500 patents and applications. At a $12.5 billion price tag, that equates to…drum roll please…$510,204.08 per patent. Can anyone guess what heuristic they used in the board room in valuing the deal?

In the Motorola acquisition, Google bought a patent portfolio and got a mobile phone business thrown in for free.

Furthermore, our friends at Android&Me point out that the cost of the Nortel patents for the consortium were about $750,000 per patent (if we’re assuming each patent holds equal value), meaning Google walked away with a nice bit of pocket change on the patents they just acquired alone. However, we can’t forget to note that the consortium likely divided the cost amongst members so it was much lower for each individual party.

So Google not only gets the patents they wanted at a very extreme premium, but all of the goods to go along with Motorola beyond that, again assuming each and every patent is valued the same (which they most probably aren’t). We’d say they made away nice, but we’re not sure if Mr. Keating’s lawsuit will do anything to change Google’s proposal unless the FTC and the Department of Justice strongly agree. The real question here is how will Sanjay Jha feel when he finds out they probably could have squeezed Google for a lot more? [ZDNet]