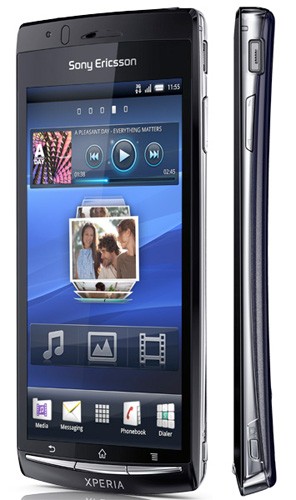 Sony Ericsson has announced impending availability of the Sony Ericsson Xperia Arc here in the United States. It’s slated to land this August, but not through any subsidy opportunities. Various online outlets, such as Amazon and Newegg, as well as Sony themselves will be offering it for $600.

Unfortunately, they didn’t even mention what type of radios would be inside but we can’t imagine any CDMA users will be able to use it. Look for this one to be aimed at T-Mobile and AT&T customers. We’ve got to admit – we’d hoped this thing would make its way stateside under better terms. Unfortunately, none of our carriers saw room for it in their lineup this year. Read on for full press details.

— Powered by the latest version of Android™ 2.3

ATLANTA, July 27, 2011 /PRNewswire/ — Sony Ericsson today announced that the super-slim, stunningly designed Xperia™ arc will be available starting August at Sony Retail stores and store.sony.com for $599.99.  It will also be available onAmazon.com, Newegg.com, and Buy.com.  Please check with individual retailers for pricing and availability. The Xperia™ arc runs on the latest Android 2.3 platform and will feature the best of Sony technology, making this device one of the most powerful multimedia smartphones on the market.

“At Sony Ericsson, we strive to bring consumers the best in mobile entertainment in superior smartphone design,” said Peter Farmer, Head of Marketing for North America, Sony Ericsson. “The Xperia™ arc certainly delivers an entertaining smartphone experience and breathtaking design that has generated rave reviews in other markets and we’re thrilled to make it available to U.S. customers.”

The Sony Ericsson Xperia™ arc combines the best of Android and Sony into one beautiful and easy-to-use device. Offering top of its class Sony technology with the Reality Display with Mobile BRAVIA Engine, the Xperia™ arc delivers exceptional visual brilliance and a crystal clear image, which enhances the overall entertainment experience. This smartphone also features Sony’s award-winning Exmor R™ for mobile sensor with its 8.1 megapixel camera, enabling high quality bright pictures and HD videos even in low light. All pictures and videos can easily be shared in HD on your living room TV via the built in HDMI-connector.

The Xperia™ arc’s eye-catching curvature design allows it to fit perfectly in the user’s hand. The smartphone is just 8.7 mm at its thinnest part and has an extra wide 4.2-inch multi-touch screen.

Sony Ericsson celebrates its 10th year as a joint venture between Sony Corporation and Ericsson in October, 2011. Over the years the company has brought together the best communication technologies with superior entertainment user experiences to create its Xperia™ line of the ‘most entertaining smartphones’ in the mobile handset industry. With its global corporate functions in London, Sony Ericsson has sales and marketing operations in all major regions of the world, as well as manufacturing inChina, and product development sites in China, Japan, Sweden and Silicon Valley, California. For more information, please visit: www.sonyericsson.com/press.