Hello, friends. This is an Android Public Service Announcement regarding the overuse of “task killer” apps in the Android community. Almost everyone has experimented or used one of these apps at one point in their Android life. I wont judge you. In some cases, these apps might have been installed even without your knowledge. I know for a fact that reps at carrier retail stores will download and install these upon buying any of their Android phones. But why? It’s largely in part because of this HUGE misconception that Android needs these apps in order to run properly. But this couldn’t be further from the truth.

Lets start at the beginning. Everyone knows one of the main benefits with Android is the fact that it — unlike certain other OS’s, can run apps in the background. The more RAM you have installed on your phone, the more apps you can have open at one time for true multitasking and switching between apps. Its quite beautiful actually. This is one of the reasons RAM is such a highly sought after spec when comparing the many Android devices on the market.

I think you can ask any Android user what they hate most about their phone and they will almost always tell you, battery life. Most people know Android is definitely lacking in this department. Well, in an attempt to “think outside the box” a lot of people have come to the conclusion that the reason for the horrible battery life must be because of all those apps that are “running” around in the background. This the reason these misinformed reps install these Task Killer apps onto phones thinking they’re helping customers, when in fact, they’re not. First, Android doesn’t necessarily keep apps “running” in the background like a car for instance. Using gas/CPU even when they’re not being used. They way it works is Android will pause those apps until you return to them. If you don’t come back to the app for awhile, Android will eventually close the app altogether. This requires no intervention from the user what-so-ever.

The other misconception people have with Android and another reason for using a task killer is that they feel like it will some how make their phone perform faster. This has something to do with the thought that “freeing up RAM” is going to somehow make your phone speedier and quicker when doing everyday tasks (I used to believe this as well). But not so. First off, the purpose of RAM is to be used. If you’re not using the RAM, why do you even have it? Second, even when you close out those 20 apps in the background, 20 more will open up in their place. Like Bebe’s Kids. They don’t die, they multiply. Your resistance is futile. I mean, it’s not like Android will keep opening apps in the background until you’re completely out of RAM. That would cause your phone to completely freeze and lock up and wouldn’t make any sense. Android is smarter than that. Instead, it will begin closing the oldest apps still open in the background to make space for new ones. I mean think about it, do you have to manage the RAM on your home computer? No. It just works, right? Same with Android.

Is there a time and place for task killers? Sure. Even I use one from time to time. Just like your computer, there are those times when things go wrong. Sometimes an app can misbehave and become unresponsive. Or perhaps you changed some options in an app and it needs to be closed/killed/stopped so that it can be opened and refreshed. Or maybe you have a game that has gone rogue and really is, in fact, running in the background sucking CPU and RAM and causing your phone to run to a crawl. It’s only in these occasions that using a task manager is acceptable. Even then, for your average noob user, a simple reboot will solve these problems.

For the Android power users that like to monitor and micro-manage everything that goes on in their phone, yes, using a task manager is acceptable. Sometimes I use it to kill off a game that I know I wont be returning to and there’s no reason for it to be open in my background. But I’m anal like that. For your average soccer mom/girl-friend/grandma/Joe Schmo who is just blindly closing every app they can because they were told to, there really is no good reason for them to have these apps installed on their phone. More often than not, they’re going to do more harm than good and ruin their user experience with the phone. This will cause them to run to the iPhone where they don’t (and shouldn’t) have to worry about this sorta stuff. That was the point of this video. So with that. I am done here, folks. I hope this Public Service Announcement helped shed some light on a murky subject going on in the Android world. Now you know and knowing is half the battle. Now, go uninstall that task killer off your mom’s phone.

WhatsApp polls now available on the desktop a 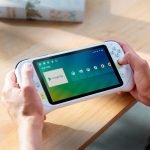 You can now send yourself WhatsApp messages