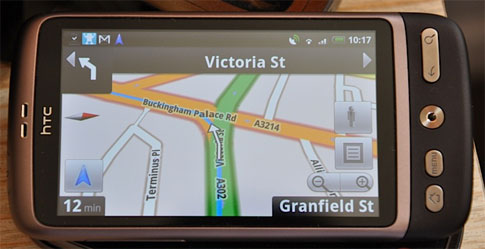 Yes, Android does store location information, at least that’s what all of the headlines have been purporting the past week or so. We’ve watched this story originate and bubble up into a huge FUD-spreading session since early last week, but we didn’t feel the need to report it. Why, you ask? Because this stuff has been known since Android’s inception – the operating system stores location information.

Countless outlets have reported it as if it were a surprise in response to claims that the iPhone is storing location information. To me, it just sounded like everyone was defending Apple and the iPhone by alleging that the same is true for Android. After further analysis, however, I realize that a lot of folks are just plain ignorant.

When you buy a new Android phone and activate it for the first time, Google asks you a simple question: would you like to enable location services? Alongside delivering power for Google Maps navigation, targeted ads and local search results, enabling these services store information about what networks and cell towers you’ve been connected to.

But it’s not for Google or even Apple to track you – they use this information to make it easier and faster for you to use said location services. Instead of wasting time establishing a completely fresh connection with GPS satellites, they’ll use a cache of information to get you the results you need faster.

I understand folks’ concerns about privacy, but is this really that big of a deal? You’d be surprised how much Google already knows about you through your daily web browsing sessions and I’m willing to bet that a majority of you don’t care – some of you may even like it. (I know I do. Ads relevant to me are simply awesome.)

I wasn’t even too high on writing this story until Mr Jobs himself reportedly chimed in. According to MacRumors, he responded to his steve@apple.com address to a user inquiring about the issue. And I quote:

Q: Steve,
Could you please explain the necessity of the passive location-tracking tool embedded in my iPhone? It’s kind of unnerving knowing that my exact location is being recorded at all times. Maybe you could shed some light on this for me before I switch to a Droid. They don’t track me.

A: Oh yes they do. We don’t track anyone. The info circulating around is false.

Sent from my iPhone

I don’t even want to get started on how condescending and asshole-ish this sounds. And I won’t comment on the truth or falsity of Jobs’ supposed statement. (This isn’t confirmed to be from him, but Apple has yet to deny it.) I will, however, say that it’s no one’s place to accuse Google of such actions when there has been no evidence to go along with it. That’s even low for Steve Jobs.

I’m sure Google’s going to get another phone call about their privacy policy from the governing bodies of the world after all of this hooplah, but I think it’ll ultimately end up being an epic waste of time.

Google had no problem shedding more light on their policy for the desktop computing front and I don’t foresee them having anything to hide on mobile. Having said all of that, just turn those pesky location services off and get a standalone GPS if you’re that worried about it.