The Motorola XOOM is an interesting beast. Unfortunately, it wasn’t completely unleashed at CES 2011: the demonstrations were on actual hardware but the software was a “test” and rather than demo them live, they simply selected videos on the device that emulated how the tab would operate. It DID however make for an incredibly smooth demonstration experience:

The Motorola XOOM will join the Galaxy Tab in the land of popular Android Tablets, but Motorola has a bit of an advantage on the XOOM as it runs Android 3.0 honeycomb which is optimized for the tablet experience. One of my favorite optimizations is the tabbed browsing of the web, which is much more like a desktop/laptop experience, and in my mind is an obvious and simple addition that greatly imporves the XOOM’s use.

They also show off maps which, although very cool, seems more like a gimmick and cool factor addition than a practical case scenario. I mean, how many people actually use the “Street View” feature on their current phone or even desktop, aside from trying to find one of your friends around town picking their nose on camera?

I also like the scrollable widgets, and to be honest, wanted to add that feature to our Phandroid Application for our news widget before I was told it would not work because of Android’s limitations. Not any more it seeems, with Android 3.0.

A few of the keyspecs of the Motorola XOOM include: 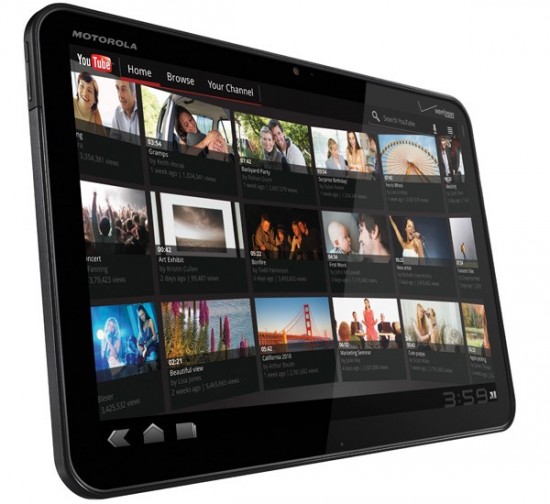 There is no doubt that when it’s available early this year, the Motorola XOOM will attract a lot of attention. Will it attract yours?