Pocket God for Android is Available 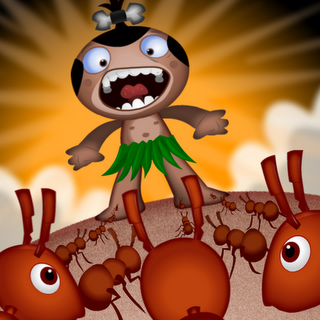 Bolt Creative is announcing that Pocket God – a popular iOS game that sees you controlling an island full of beings called “pygmies” – is now available for Android. I’ve never heard of this game (I don’t know about most iOS games considering I’m strictly Android, for now) but our friend Phil describes it as “a new Sim City on an island,” except you get to play God. Sounds a lot like Black & White for the PC to me, but we imagine it wouldn’t be as deep. Still, for just $.99, I don’t think anyone was expecting as much. There should be no reason you can’ try out this affordable experience except for an inability to purchase market apps so be sure to look for it in your Android market today.

[Update]: Why am I not surprised that Galaxy S owners (on both 2.1 and 2.2) are having difficulties playing this? I tried it for myself and got nothing but force closes on two Galaxy S phones, and the same is echoed in the Android market. It’s a shame that it’s already subject to three stars because I’m sure most of the disgust came from not being able to launch the thing. We’ve contacted Bolt and ngmoco for comment. [Link to the App on AppBrain]

[2]: And it looks like it isn’t just Galaxy S owners, either. Desire HD, CLIQ, and other phones are having the issue. I can’t seem to pinpoint what it is but it works fine on my HTC EVO 4G.

SAN FRANCISCO – December 2, 2010 – Bolt Creative, the development studio behind best-selling iPhone app Pocket God, today announced that everyone’s favorite Pygmies will be available on both Android and Windows Phone 7 devices this holiday season. Partnering with ngmoco, a leading publisher in the mobile games space, Pocket God is the first venture into a platform other than iOS for both companies. Pocket God is available now on Android and will arrive for Windows Phone 7 soon.

“Pocket God has been expanding rapidly since its inception almost two years ago and we’ve always had our eyes on new platforms, to be selected as a launch title for Windows Phone 7 as well as hopping over to Android is something we’re truly happy about,” said Dave Castelnuovo, CEO of Bolt Creative. “Collaborating with ngmoco on these monumental launches is just icing on the cake, their expertise in mobile gaming is unparalleled and their outstanding reputation ensures that these new versions of Pocket God will be the same high quality fans have come to appreciate.”

“We were delighted to work with the Bolt Creative team on bringing their Pocket God IP to Android and Windows 7 Mobile using the gamemaking resources at ngmoco and we’re certain Pocket God will continue its success on these new devices” – Simon Jeffery, CPO at ngmoco

What was intended to be a small side project for Dave Castelnuovo and Allan Dye one winter week has turned into one of the biggest franchises on the App Store, with Pocket God becoming a smash hit just months after its release. With over thirty free updates, which have introduced mini-games, new islands to discover, and creative ways to smite Pygmies, Pocket God continues to impress day one fans and new players alike with its irreverent humor and originality.

Pocket God has also spawned its own comic book, a first for any franchise born in the mobile app space, expanding the Pocket God universe by providing a background story for the island and its seemingly immortal inhabitants. Carrying over the same diabolical themes that popularized the original title, Pocket God Comics has found a following of its own and consistently tops the charts with each new issue released.

About Bolt Creative
Bolt Creative is a San Francisco-based developer creating original iPhone applications and games, including 2009’s blockbuster iPhone game Pocket God. Bolt Creative’s goal is to create games that are not only fun to play, but fun to develop and make them laugh. For more information, please visit www.boltcreative.com.

About ngmoco
Ngmoco is a wholly owned subsidiary of DeNA Co., Ltd, the world’s leading social mobile gaming company. Headquartered in San Francisco and with studios in New York and Portland, ngmoco creates and publishes games for the iPhone, iPod touch, iPad and Android in collaboration with the best and brightest game makers in the world. To witness the lives and minds of the ngmoco team at work on the future of social mobile gaming, visit http://www.ngmoco.com. 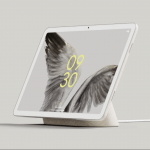 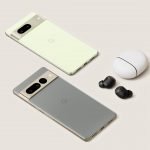 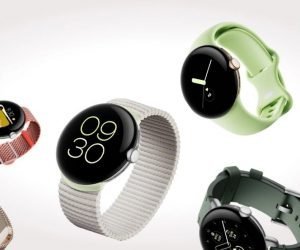 After years of rumors, Google has officially announced their own branded smartwatch, the Google Pixel Watch.