The HTC Desire that we’ve been waiting on for so long is finally on its way to the United States courtesy of regional carrier US Cellular. Starting August 27th, you’ll be able to order one of these at your local store or online. The Nexus One with Sense (as many called it when it was first released) is the second Android handset for US Cellular – the first being the Samsung Acclaim. Three more handsets are expected to follow, so US Cellular customers have a lot to look forward to this year and most probably next. Press details are below. 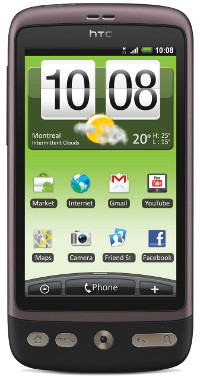 CHICAGO (August 11, 2010) – HTC Desire™, U.S. Cellular’s much-anticipated second Android-powered phone, launches August 27 to offer customers another engaging way to connect with their favorite people, entertainment and applications on the wireless company’s nationwide 3G network. HTC Desire, one of five Android-powered phones that the company is introducing this year, will be available in stores and at uscellular.com just weeks after U.S. Cellular customers welcomed the Samsung Acclaim™. The Samsung Galaxy S™ will join the smartphone lineup in October, with two LG Android-powered phones following closely behind.

“With 160,000 Android-powered phones activated each day, there’s no question that they are among the hottest phones on the market right now,” said Edward Perez, vice president of sales and marketing operations for U.S. Cellular. “For us, it’s not just about delivering this array of cutting-edge phones that our customers want and deserve. We also have their backs with industry-first, customer-focused programs, like Overage Protection and Battery Swap. We love making our customers’ lives easier.”

The allure of HTC Desire is apparent at first glance, with its slim, stylish design and vibrant 3.7-inch touchscreen that shows streaming video and graphics in vivid detail. The phone also delivers a five megapixel, autofocus camera with flash and integrated GPS. Its Wi-Fi capabilities allow users to connect to the Internet via wireless hotspots at home or on the road. Customers can upload pictures and videos to a variety of social networking and sharing sites including Facebook, Flickr, and YouTube. With a tethered modem data plan, the HTC Desire can be connected directly to a laptop for yet another way to access the Internet on the go.

The Android TM 2.1 platform offers many of the same familiar Google services found on the desktop, and a growing Android Marketplace ™ of more than 70,000 applications for customers to personalize their phones. The market recently crossed the one billion download mark, according to analytics provider AndroLib.com. More than 60 percent of the applications are free. To personalize the entire experience, customers can customize HTC Desire by arranging the content in the seven-panel homepage anyway they want, whether it’s for building unique scenes for work, travel or play.

“We believe that it’s okay to expect more from your wireless company and with Android, you can expect much more from your phone than ever before,” Perez said. 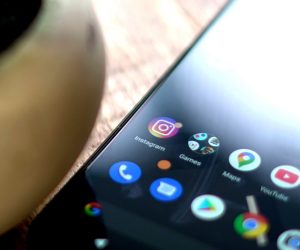