Cellular South customers (would-be or otherwise) might be pleased to know that the Motorola Milestone is now available for purchase as of today. For $149.99 after a $50 mail-in rebate and a two-year agreement, you can get the device that originally launched in Europe as their version of Verizon’s Motorola Droid. There’s nothing much different here, of course, but just a quickie on specs: a 550MHz TI OMAP 3430 processor (underclocked from 600MHz), a 3.7-inch capacitive touchscreen with 854×480 for resolution, a slide-out QWERTY keypad, 5-megapixel camera, and more. Full presser straight ahead. 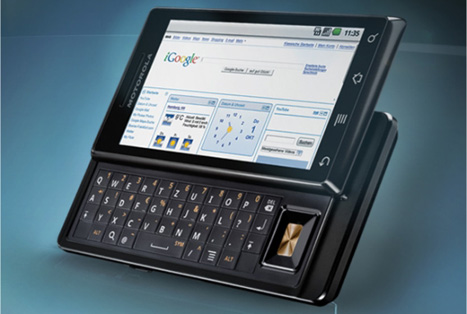 Following on the heels of Cellular South’s record-breaking introduction of its first Android-powered touchscreen smartphone, the Motorola Milestone is the first of several new Android-powered touchscreen smartphone devices the carrier plans to offer its customers this year. Cellular South was one of the first U.S. carriers to introduce an Android™-powered smartphone with the launch of the HTC Hero™ last November.

Featuring high-speed web browsing, access to thousands of applications from Android MarketTM, voice-activated search and a 3.7” widescreen display over one of the best 3G networks, the Android-powered Motorola Milestone from Cellular South sets a new standard for speed, performance and reliability.

The Milestone features the best of both worlds with a full QWERTY keyboard, one of the thinnest in the world, and advanced touchscreen navigation integrated with built-in Google mobile services, including Google Search™, Google Maps™, Gmail™, YouTube™ and Google Maps Navigation™ BETA with voice-aided turn-by-turn directions.

Powered by Android 2.1 mobile operating system from Google with pinch to zoom, Live Wallpapers and a full HTML web browser
Superior call quality with CrystalTalk™ Plus that filters out background noise and enhances voice quality
3.7” high resolution (16:9 widescreen) screen display with 854 Pixel width and more than 400,000 total pixels so you can see more of the web, e-mail, and more
Access to thousands of apps available through Android Market™. Navigate seamlessly back and forth and keep up to six applications open and running at a time. Android Market™ currently has over 56,000 applications available for download and about 65 percent of them are free of charge.
Full suite of Google applications including: Google Maps™, Gmail™, Google Talk™, and YouTube™
Google Maps Navigation™ BETA, which provides turn-by-turn voice directions as a free feature of Google Maps along with live traffic, Street View and satellite imagery
5 megapixel digital camera with dual-LED flash, AutoFocus and image stabilization and DVD-broadcast quality advanced video record and playback (30 fps) in 16 million colors with easy 3G or Wi-Fi YouTube™ uploads
An 8 GB memory card included (up to 32 GB capable) for storage of your favorite music, pictures and video
When placed in its multi-media station, the Milestone transforms into a multi-media hub for movies, music, pictures and can even act as your bedside alarm clock.
Use stereo Bluetooth® to take calls and listen to music hands-free
Plug your favorite headphones into the 3.5mm headset jack and kick back to your favorite music or movies

Beginning today, the Motorola Milestone is available for sale online at www.cellularsouth.com and in Cellular South retail stores for $149.99 after a $50 mail-in reward card and with a two-year service agreement.
To make owning the Milestone an even better experience, Cellular South has the industry’s best value for smartphones with its Smartphone Unlimited plan – the only one of its kind in the nation – that makes the enriched user experience more accessible to individuals, families and businesses. For only $59.98 a month per line for two lines, customers can talk, text, access the Web, and e-mail on the smartest network for smartphones without worrying about counting minutes, megabtyes or surprise bills.
With better coverage, fewer dropped calls and more 3G high-speed data service, Cellular South is the smartest place to get Android smartphones and offers the best mobile broadband experience for the Motorola Milestone.

Motorola and the Stylized M logo are registered in the U.S. Patent and Trademark Office. Android, Google, Google Search, Google Maps, Gmail, YouTube and Android are trademarks of Google, Inc. HTC Hero is a trademark of HTC Corporation./