Thanks To Microsoft, Android Just Became More Expensive For HTC and Others

[Update]: Microsoft has not stated that HTC has or hasn’t infringed on their patents in regards to why licensing Microsoft’s patents was a necessity. Our reporting was based on CNET and their sources inside the company.

One of the main things that attracted handset manufacturers to Android was the fact that it was cheap to put on a phone. For HTC – and maybe other handset manufacturers soon – the price-tag to sell their products with Android on it just became a lot more expensive (and by a lot more expensive, I mean relatively expensive considering Android is close to free for handsets adorning the “with Google” branding).

Microsoft got bored recently and decided to do some digging in their file cabinets: what they came up with was a collection of patents that HTC – and Google, and everyone else that uses Android on their devices – was infringing on. No specifics about the patents or how much it cost HTC to license them were discussed, but apparently there are infringements in both HTC’s Sense UI and even within the core of Android itself.

“HTC and Microsoft have a long history of technical and commercial collaboration, and today’s agreement is an example of how industry leaders can reach commercial arrangements that address intellectual property,” said Horacio Gutierrez, corporate vice president and deputy general counsel of Intellectual Property and Licensing at Microsoft. “We are pleased to continue our collaboration with HTC.”

HTC decided not to fight the claim, though, and instead opted to clean things up with Microsoft right away. They’ve undoubtedly had a strong business relationship thanks to Windows Mobile, so it’s no surprise that HTC didn’t put up a fight. HTC also has their hands full with their ongoing patent war with Apple, as it is. CNET suggests that this painless submission to paying Microsoft for a patent license might actually be able to help them put Apple’s claims to rest.

It’s hard to say for sure, though, as everything regarding the patents and the licensing terms have been kept tight-lipped up to this point. As far as other manufacturers goes? They’ll need to be gearing up for a phone call from Microsoft, too, as they’ve already expressed interest in clamping down on other Android-based handsets.

I’m not sure if this will slow the Android ecosystem down – and subsequently if Microsoft did this to give them some leverage in forcing their way back into the OS game with Windows Phone 7 Series – but if their claims of Android as a whole infringing on their patents turn out to be true, then they just got a little bit stronger in this race to the top. What do you guys think this will do to Android, the Open Handset Alliance, and its supporters? Does this make any difference at all or will business just go on as usual? Let us know your thoughts below. 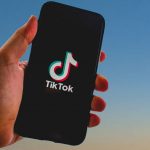 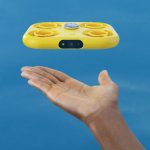 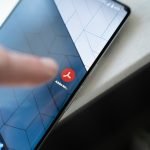 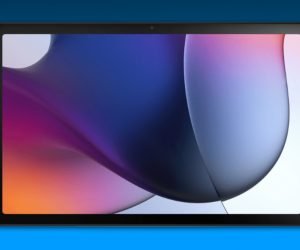