Google Taking Translate To The Next Level

When I downloaded Google Translate and associated language packs on my Motorola Droid one of the FIRST things I did was attempt to speak into the phone using the speech-to-text function, have it translate in a different language, and then hear it read back to me in the translated language. Unfortunately Google Translate can’t do this… yet. 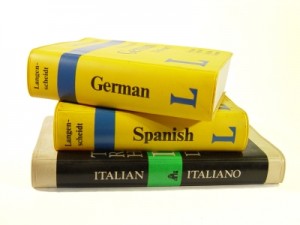 Check out what Google’s head of translation recently told The Times Online:

The only things missing are auto-detection of language when spoken audibly and the ability to take text and speak it out loud in multiple languages. Well… I guess there are about a billion other problems:

However, some experts believe the hurdles to live translation remain high. David Crystal, honorary professor of linguistics at Bangor University, said: “The problem with speech recognition is the variability in accents. No system at the moment can handle that properly.

“Maybe Google will be able to get there faster than everyone else, but I think it’s unlikely we’ll have a speech device in the next few years that could handle high-speed Glaswegian slang.

“The future, though, looks very interesting. If you have a Babel Fish, the need to learn foreign languages is removed.”

Slang. I think THAT is the main problem. Slang and local sayings. If I were to say “that’s a bummer”, “break a leg”, or “make like a tree and leave” and it translated to a different language what would the result be?

I would LOVE this as a travel tool and it would make me MUCH more comfortable to travel. For example I could travel in Italy and if for some reason my broken Italian couldn’t be understood and others didn’t understand English, I could speak English into my phone and have them listen to my output in Italian from Google Translate!

It will be almost impossible to perfect bridging the language gap – some things simply don’t translate. Regardles… this would be an EXCELLENT time to institute that “no bad words” feature. Not trying to get myself jailed and beaten in a foreign country for Google translating me wrong, ya know?

UPDATE: AF/Phandroid family member Phases just informed me that Google Translate DOES read back foreign language translations but only for select languages like Spanish, French, etc… I think I only tried Chinese, Japanes and a few others. I should have known better!