The folks at MSI, known for Netbooks, had a prototype Android Tablet on display and I was eager to speak to a representative and give it a whirl. Unfortunately things didn’t really go as planned – not only was the touchscreen incredibly buggy by registering attempted scrolls as clicks but it often froze, requiring a complete reboot to fix.

What I was attempting to show you was the “About Phone” area that lists the MSI Android Tablet as running Android 2.1 with the name “Harmony”: 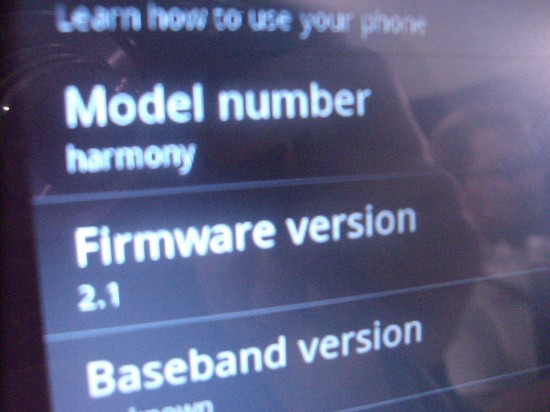 The actual sign below the device named it “E-Book” which I didn’t really understand since it definitely wasn’t an eReader. Slap on a Google Books application/integration and that is certainly a possibility though. 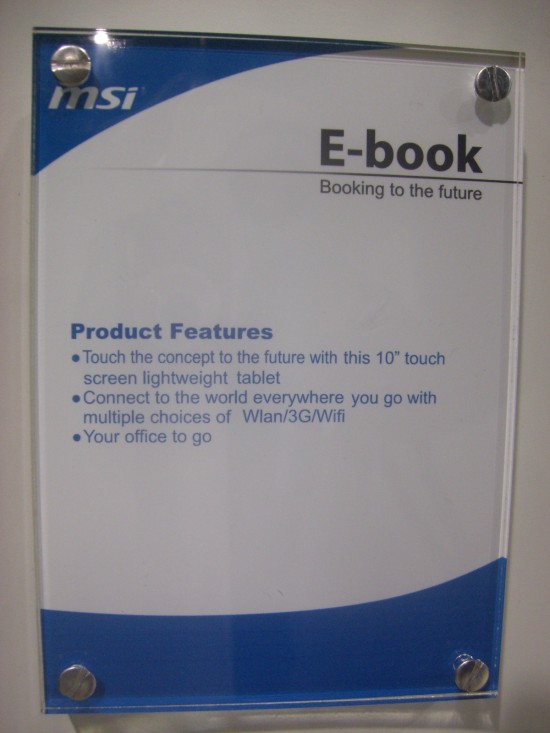 There were some smaller companies with tablets/netbooks running Android on display and the experience was sub-par to say the least. But with MSI behind this device I was really hoping for something great. The gentlemen I spoke with said the device had been DROPPED and that is why it froze up, got stuck, needed rebooting, touchscreen issues, etc… unfortunately there isn’t a way to know if that’s true or not.

One thing I do know is that MSI seems a likely candidate to have success with an Android tablet and if they get this thing cleaned up a bit (read: a lot) on the bugginess side, the Harmony certainly LOOKS like it could play the part. 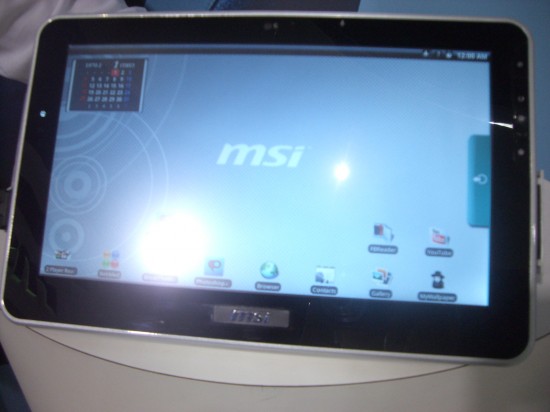 I’m still disappointed that all these Android Tablets/Netbooks seem to have a MUCH deeper set of problems than any of the phones we’ve seen to date and the problems seem to be across the board. Are manufacturers playing wait-and-see on Chrome OS instead of diving fully into Android on these types of systems?

I couldn’t get any details on dates, pricing or any of that good stuff and as far as I’m concerned this is more of a prototype than anything else. We’ll see where it goes! 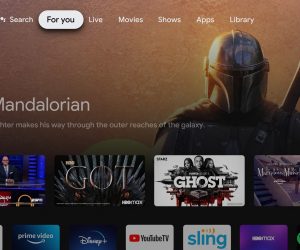