The Google Phone. Or shall we call it the Nexus One? Or maybe Phone88? Regardless of name, the gPhone plot has thickened over the last 24 hours and we’re about to serve you what’s good. The latest scoop of the Google Phone soup:

First of all, Peter Kafka of AllThingsD reports Google will sell its phone from its website and also work in conjunction with T-Mobile to promote the phone. It will be unsubsidized and operate on both T-Mobile and AT&T 3G services – buy the phone and connect it where you want.

Initially Google wanted to work with Verizon Wireless on the project but the carrier rejected them, opting instead to promote the Motorola Droid, making way for a GSM Google Phone that will likely have more worldwide “reach” anyways.

But, sources say Google’s decision to use GSM came only, because Verizon Wireless (VZ), which uses the rival CDMA technology, has so far declined to help Google push the new phone.

Sources also added that Google–which is keen to change the way mobile devices are sold in the U.S. especially–would still prefer to cooperate with telecom giants in selling phones rather than fighting them.

It was only a few days ago that twitter blew up with word of Google Employees getting the Google Phone, something the Official Google Mobile Blog all but confirmed. So you figured it was only a matter of time before pictures of that phone, along with details, made their way to the interwebz. And now they have.

Take for example Cory O’Brien who tweeted a picture and some of his thoughts: 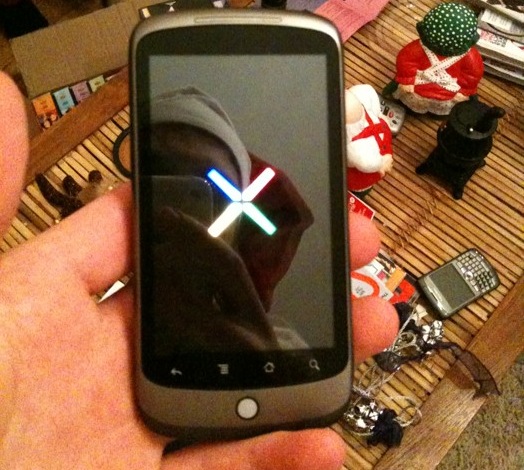 It does appear the gPhone/Google Phone/Nexus One/Phone88 are the HTC Passion/Bravo that leaked out not too long ago. The folks at Engadget do a good job exploring the details and talking about what this could mean in terms of the direction of Android, noting that technically the first two dev phones were “Google Phones”: both were made available unlocked for use on most any carrier.

Thought we were done? Not at all… although appearing to run Android 2.0.1 there are some interesting inclusions pointed out by Engadget that suggest Android is doing a few WebOS-ish things: 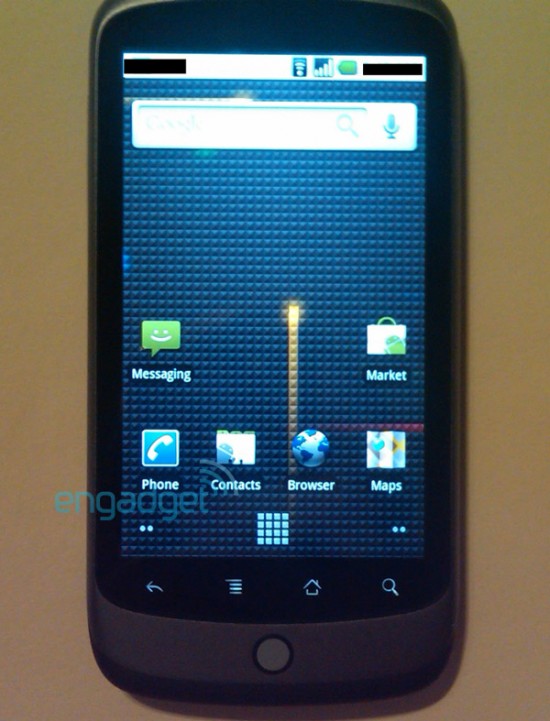 Just like we’ve heard before, the updated OS features new 3D elements to the app tray, as well as an extended amount of homescreens, though it looks like the lock screen / mute is the same as in Android 2.0.1. Additionally, there’s now a new grid icon at the bottom of the homescreen, which when pressed brings up a webOS card-style preview of all homescreen pages — which raises some interesting possibilities. Apparently there’s been a new software update for the device pushed tonight, and sure enough the phone is identified as the Nexus One on the system info page.

And then they had to go and make it all official by passing the Nexus One through the FCC. Three different documents (one, two, three) show details about the fabled Nexus One Google Phone but it seems that they might indicate T-Mobile as the only “real” benefactor in the USA: 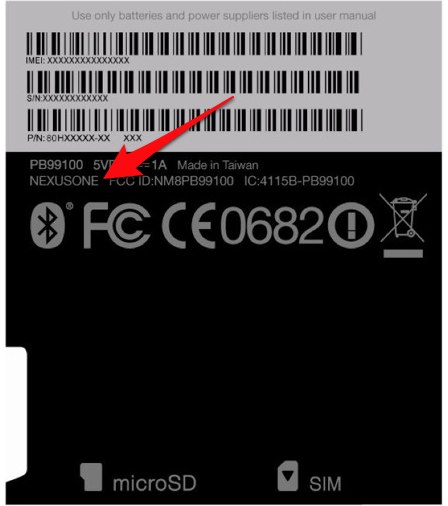 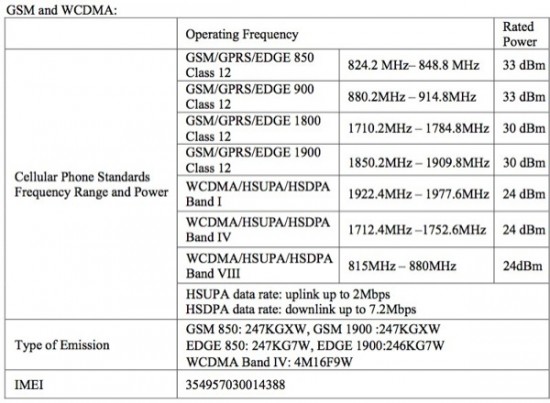 The Nexus One Google Phone… wow.