Man oh man, every other article I see and/or write is about the Motorola Droid! Droid this Droid that.. but you know what?  Fine with me.  Not just because I own the phone. Not just because it’s my first Android device. It’s not because it’s TIMES #1 gadget of the year, or because its (arguably) Motorola’s last big push to survive in the mobile industry and I’m rootin’ for ’em.

It’s because this phone is downright awesome. Yeah, I said it. Awesome. 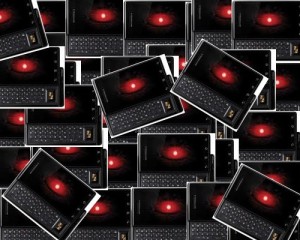 So you can probably expect news to continue on this phone for a bit longer. As long as it’s newsworthy news, it’ll be posted. As for right now? Well, here’s a couple little things to hold you over until the next Droid article publishes across 10 different sites.

Do this at your own risk fellas. BGR posted instructions last night and we have a couple different sets of instructions posted in our forums. Here. (Thanks iamkewl!)

I personally am waiting for the over the air. Not really one of those guys that care to risk it when it’s coming anyway but there are plenty out there who want to and as you can see on the thread, they are.

The same guys also posted news that they hear – the following: “One of our connects has informed us that while the current OTA has only gone out to around 10,000 devices, there is already another one waiting in the wings and it’s tentatively scheduled for late January. Could this be for an Android OS 2.1 update? We’ll see…”

…So there you have it folks. This morning’s Droid post.