Alright guys, I’m going to hit ya with a couple more little things.  I know – some of the stuff included in these roundups may not be breaking news. One or two things might should have got its own article but.. this is how I gotsta’ do it today.  There may even be another post or two like this over the coming days, so kick back and try to enjoy it!

So without further ado – stuff.

SugarSync Cloud API for Android leverages the Android Content Provider interface to allow third-party applications to access the current user’s files and data in their SugarSync account. This new ‘cloud empowering’ capability opens up many possibilities for new features for both independent Android developers, as well as for handset manufacturers looking to build advantageous features to attract buyers.

“Android apps are no longer limited to operating on files stored on the phone,” said Domingo Mihovilovic, vice president of engineering at SugarSync. “The SugarSync Cloud API for Android platform offers developers a way to turn any app into a cloud service almost instantly. We look forward to engaging with this creative and imaginative community and seeing how they leverage SugarSync to benefit their users.”


For information on the SugarSync Cloud for Android API, please visit: www.sugarsync.com/developers/android

“If you glance at this thing for just a fleeting instant, you might actually mistake it for a Touch2 — but it’s not. A closer look at the button layout shows a decided lack of keys required by WinMo 6.5, which leads us to the logical conclusion that the so-called Touch.B here — previously known under the codename “Rome” — runs Android. MobiFrance doesn’t have any additional details on the phone, its specs, or where it might launch, but if it does in fact run on the Google juice, it’s looking like a possible successor (or kissing cousin, perhaps) of the Tattoo. Now that we look at it, we’re not actually seeing the buttons that’d be required of an Android device, either — and we have heard rumors for ages now that HTC would be releasing devices running a homegrown dumbphone platform — but we’ll hold off on the conclusion-jumping until we get just a little more detail.”

Update: Not looking good for Android, things are pointing toward brew.

XDA busts out 2.1 Rom with Sense UI, for HTC Hero.

You’ve no doubt seen this one already, it’s pretty all over the place – but I’m posting it anyway.  Have fun guys but remember – install at your own risk.  No substitutions exchanges or refunds.

Update: GSM ONLY! Thanks Floejen!

Not much has been mentioned about the ‘ol Calgary in a while, but the guys over at phoneArena got a pretty decent tip it seems.

I dug around for a few minutes and wasn’t able to find the cable myself but I’ll keep digging and update this post if and when I find it. It could be removed by now, or just buried pretty deep. 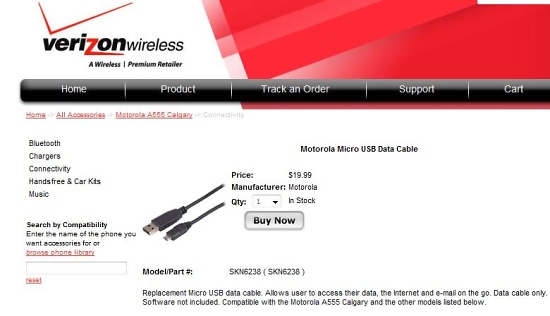 Take what you will from the leak. Might there be another device in VZW’s lineup by Christmas? *shrug*

UPDATE: As mentioned in the comments (Thanks PR!): Not VZW’s site. 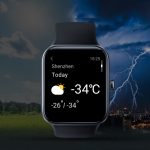