As you would expect/hope and as we said it would be – Google Maps Navigation is a full blown GPS Navigation application:

This new feature comes with everything you’d expect to find in a GPS navigation system, like 3D views, turn-by-turn voice guidance and automatic rerouting. But unlike most navigation systems, Google Maps Navigation was built from the ground up to take advantage of your phone’s Internet connection.

Google reminds us of some of the awesome capabilities, many which are directly tied to the whole “Internet” thing.

(1) Updated Contact Info – since searches are done live via the web, when a business listing/address changes it doesn’t matter to you. You’re always pulling live data from the web which reduces “incorrect” addresses or closed businesses when searching by business.


(3) Speak the destination and it will find it… you can even say something not definite, like “Mexican Restaurant in Philadelphia near the stadium” and Google will try to work its magic.


(5) Search along route – obvious and awesome


The folks at TechCrunch grabbed this little video demo that was performed at the Droid launch event:

I absolutely CANNOT WAIT to try this out. It looks fantastic. The Street view combo is just brilliant – hopefully they can ramp up its range of availability. Something tells me I won’t have to wait long for my first test run ;) 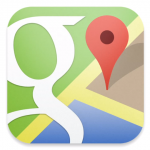 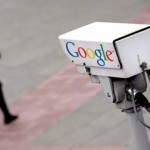 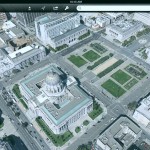