Samsung I7500 Cleared for Launch 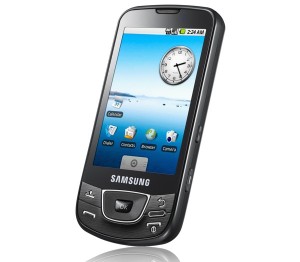 Even though an Android powered Samsung has been in the works for a few months, it looks like Samsung just set the land speed record for rumor to fact in, what seems to be, less than a day. She’s slim, she’s sexy, she has no keyboard and she’s heading for “major European countries from June, 2009”.

So let’s break it down: 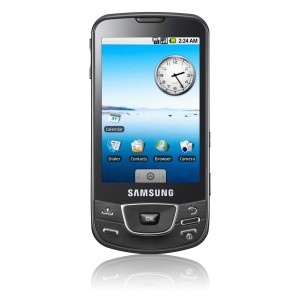 “Samsung is among the earliest members of the Open Handset Alliance and has been actively moving forward to introduce the most innovative Android mobile phone,” said JK Shin, Executive Vice President and Head of Mobile Communication Division in Samsung Electronics. “With Samsung’s accumulated technology leadership in mobile phone industry and our consistent strategy to support every existing operating system, I believe that Samsung provides the better choices and benefits to our consumers” he added.

The Samsung I7500 is a cutting-edge smartphone, featuring a 3.2″ AMOLED full touch screen and 7.2Mbps HSDPA and WiFi connectivity, giving users access to Google™ Mobile services and full web browsing at blazing speeds.

The Samsung I7500 offers users access to the full suite of Google services, including Google Search™, Google Maps™, Gmail™, YouTube™, Google Calendar™, and Google Talk™. The integrated GPS receiver enables the comprehensive use of Google Maps features, such as My Location, Google Latitude, Street View, local search and detailed route description. Hundreds of other applications are available in Android Market. For example, the application Wikitude, a mobile travel guide, allows consumers to access details of unknown sights via location-based Wikipedia articles.

Based on Samsung’s proven product leadership, Samsung I7500 comes with latest multimedia features. The large and vivid 3.2″AMOLED display ensures the brilliant representation of multimedia content and enjoyable full touch mobile experience. Along with supporting a 5-megapixel camera and various multimedia codec formats, the I7500 also provides a long enough battery life (1500mAh) and generous memory capacity up to 40GB (Internal memory: 8GB, External memory: Up to 32GB) to enjoy all the applications and multimedia content. The phone also boasts its slim and compact design with mere 11.9mm thickness.

The Samsung I7500 will be available in major European countries from June, 2009.