The Emperor of Android, Andy Rubin, spoke at CommunicAsia saying that the mobile OS will foster an, “erruption of innovation.” This, we already know. And have known. But WHEN Mr. Rubin?

That question has been answered with the company line, “in the second half of 2008,” over and over and over. But the “company line” is blurry when you’re talking about the OHA, a group of 30+ companies with their own agendas and priorities to manage. And HTC may have accidentally provided more detail on that timeline.

At the HTC Touch Diamond press conference, blogger Meraj Chhaya had the opportunity to spend a few minutes with Kevin Chen, General Manager of HTC for MEA and CIS. According to Chhaya, Chen explicitly stated that their first Android Handset would be released in the 4th quarter of 2008 with Windows Mobile 7.0 devices shipping in Q1 2009.

So there you have it… 4th quarter. Of course everything is subject to change and we don’t recommend using your pen to mark any calendars. But, the fact that we’re finally getting some indication as to what, “the second half of 2008,” means is promising.

Lets keep in mind that the next stage of the First Android Developer Challenge is on June 30th with winners being announced the week of July 21st. So that leaves AT LEAST August and September until Q4 begins.

That sounds like a lot of extra time and it also sounds exactly right. Google and the OHA should MAKE SURE that when the first Android enabled devices ship, they have ALL the possible kinks worked out. Let’s face it… Android doesn’t have much margin for error here. If Android is going to catch on quickly, it’ll have to get it right the first time.

From what we’ve seen, they’ll do just that. And as long as an Android phone is shipped sometime in 2008, we won’t complain. From our point of view, take as long as you need to not only ensure the handsets and OS are 100% ready, but also that distribution channels and such are in place and ready to go.

And what WILL come out when Android handsets are finally unveiled? Nobody really knows, but Ashley had an amazing idea on our post called Android: 3 Questions, 3 Answers: “What I think phone carriers should offer is the ability to customize the phone that you receive initially, much like Dell’s online computer distribution.”

How slick would that be? Build your own Android. Pick a phone – any phone. Choose your display. Choose your apps. Choose the types of things you like to do/enjoy. Choose this, that and the other and we’ll just pop together a custom build of Android to fit your needs.

We like it. But we also doubt it. Carriers don’t want the extra burden of content distribution unless its their own. That being said, I’m SURE that carriers will prepackage certain applications into Android depending on the type of phone it is. A phone that focuses on the camera ability? Load it up with camera apps. A Sony Ericsson Walkman based Android phone? Music apps galore.

Of course, thats entering some shaky ground too. But a fella can dream, can’t he? Prepackaged or not, we’ll keep you up to date with the best applications so there will be no questions what you need and where to get it when Android phones launch! 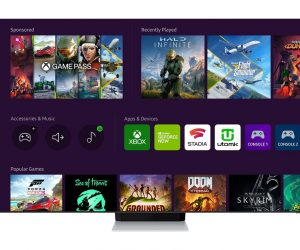