Everyone has their opinion about Android – and they’re entitled to it – but it seems the majority of folks still have their reservations concerning Android’s potential to succeed and flourish.

Take for example Paul Kapustka from GigaOM with his recent article titled, “Android: Much Coolness, But 3 Big Problems“. We don’t mean to pick on Paul… in fact, we enjoy reading his articles and he offers great industry insight.

I just want to address the 3 “problems” – they aren’t really “problems at all. They are really just “questions” and we’ve got the “answers”. Please excuse the grotesque overuse of quotations, we were indeed doing the little “quotey thing” with our fingers. Come on – it’s Friday – we’re antsy!

From the article itself:

Specifically the problems are:

– how many carriers are really going to offer Android phones?
– how will users find Android applications?
– how will developers convince users to take a chance and download their app?

And here are our answers.

How Many Carriers are really going to offer Android phones?

To start? At least Sprint and T-Mobile… within 1 year? Mostly all.

Sprint and T-Mobile are founding members of the OHA, making 2 of the Top 4 American wireless carriers automatic locks to offer Android. In addition, any carrier smaller than the top 4 will likely want to hop on the bandwagon… afterall, if the Big 2 aren’t offering Android then why not create a free competitive advantage by making it available? Afterall, it doesn’t cost THEM anything… OR the consumer for that matter.

Verizon and AT&T are a bit different. They can afford, at least initially, to leave Android alone. And if they DO offer Android enabled handsets, they’ll have the flexibility to mess with code and limit features… which is the unfortunate situation their customers are in today.

You’ve heard us talk about Android as a Mobile Revolution in previous articles… and that is EXACTLY why Verizon and AT&T will be forced to fully embrace Android within 12 months of the initial release. The consumers will dictate the market, not the carriers. Right now they have no better alternative but once Android is released and they see all the exciting wares and apps that their friends with Sprint and T-Mobile have, they’re going to jump ship.

This will happen even if the Big V and AT&T offer Android but only with limited openness. If another carrier offers Android with all the bells and whistles, including FREE access to any Android Application they could possibly imagine, don’t you think it will worth it for people to jump ship?

It will be. And they WILL jump ship if the big guns DON’T fully embrace Android to some extent. Their consumers will become refugees with Android as their asylum. But the big guns didn’t get to be big guns out of sheer luck. They’re not stupid.

And that’s why you’ll see the vast majority of carriers offer Android within 12 months. The Mobile Revolution has begun.

How Will Users Find Android Applications?

Google has already made it clear that the OHA is working on measures to ensure that finding and downloading Android Applications will be as simple as ever. Do you think that 30+ companies will put all this effort into a platform that is based on 3rd party development of applications and forget about a distribution model?

There is a plan. What exactly is that plan? We don’t know yet. We may not find out until just before the first Android handsets are released. But such a basic question will not be overlooked by 30+ multinational companies with revenue in the Billions of dollars. It’s a fundamental need for the Android platform to succeed and flourish.

So trust us… this isn’t a question of “if” but “when”. They’ll probably provide something similar to the iPhone App Store but take the technology to the next level.

How Will Developers Convince Users to Take a Chance and Download Their App?

This isn’t a question for the OHA folks and Android, but more for developers. It’s like asking if the Internet will succeed because how will people find the websites they like and choose to subscribe to their RSS feed? Alright, alright… maybe not that simple, but you get the point.

I think the answer to #2 safely assumes #3 will be answered as well. But, Android users will find out about the best applications by word of mouth, through friends, through Android related websites like Phandroid, Android Forums and others. How do people find out about great bands and musical acts? The musicians themselves have to promote themselves and naturally, if the music is good enough, certain bands will become popular and successful on a grand scale.

Again, I think this is more a question developers are asking themselves. Google will provide the model to find and download apps, and there will be a long list of independent sources reviewing and covering apps, and developers will use the tools they have to get the word out there.

So there you have it. 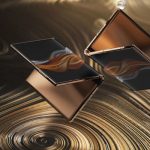