One of the annoying things about phones back in the day was that different companies used different charging ports for their phones. This meant that if you had a Nokia phone that needed charging but your friend had a Samsung, you’d be out of luck, but over the years, pretty much everyone started to adhere to a standard.

It started with micro USB, but now every Android phone on the market supports USB-C, save for Apple, but that will change soon. The EU has announced that they have finalized and approved a law that will make USB-C mandatory across the majority of consumer electronic devices when it comes to charging.

According to the EU’s announcement:

“The new rules will make a USB-C charging port mandatory for a whole range of electronic devices. This will mean that most devices can be charged using the same charger. For consumers to know exactly what they are buying, the directive introduces a pictogram that specifies whether a new device comes with a charger and a label indicating the charging performance.”

Devices that will be covered by this new law include mobile phones, tablets and e-readers, digital cameras and video game consoles, headphones, earbuds, and portable loudspeakers, wireless mice and keyboards, and portable navigation systems. For the most part, Android handset makers don’t really need to bother with this since like we said, virtually every Android handset released in the past couple of years has adopted USB-C.

The only company that this will most likely have the biggest impact on would be Apple, although the rumors are claiming that Apple will be making the switch to USB-C for its 2023 iPhone, so we’ll have to wait and see.

Fortnite’s developer just got hit with a wh 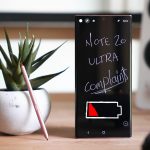 The EU proposes new law that will make your p 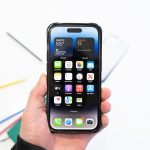