The AGM H5 Combines Android with a Rugged Design

Smartphones come in all shapes and sizes these days, but there’s a good chance that you haven’t seen anything like this, at least not in a while. This is the AGM H5, a smartphone with an unconventional design, but that’s for a good reason since it’s one of the most rugged smartphones on the planet, with a battery that lasts for days and even a night vision camera. We’re going to take a look at the phone and its features, and check out what it has to offer. 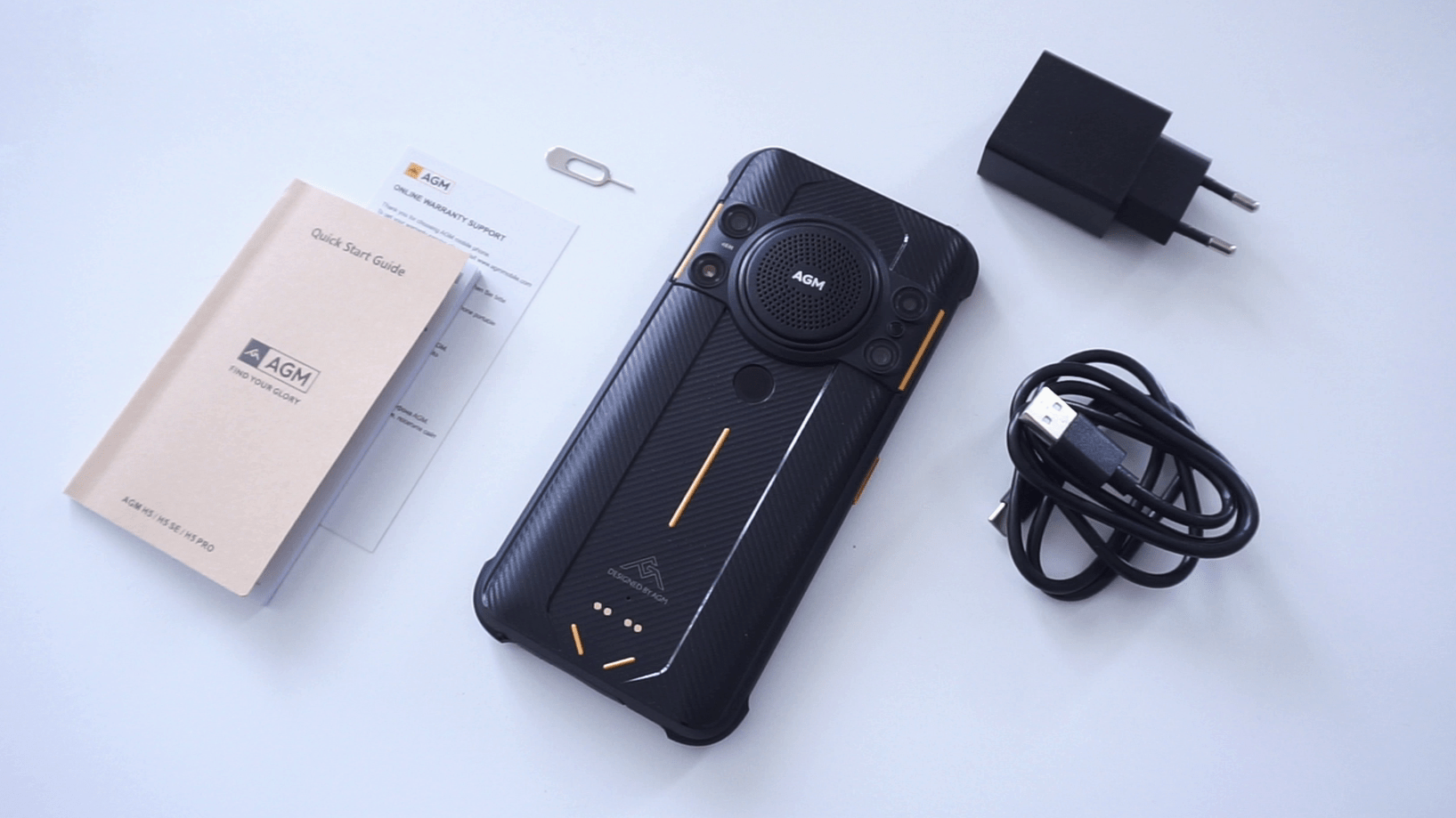 The phone comes in a pretty large box, which includes a ton of accessories in addition to the phone itself. Inside you’ll find a power adapter, USB-C charging cable, an additional charging dock for the phone that connects to the power cable, as well as some paperwork. By all accounts, the AGM phone is a massive handset, and it’s a lot larger than the other phones we have on here like the Pixel 6a and iPhone, which look very small in comparison. It’s got a heavy-duty design that looks and feels like it can take more than just a tumble – think drops on hardwood floors, concrete, gravel, and even submersion in water.

That’s because the phone comes with a rugged outer shell, which is made out of a combination of hard polycarbonate and rubberized padding all around. According to AGM, the H5 is certified for MIL-STD810H, which gives you protection from damage, bumps, drops, and even allows for submersion under 1.5-meters of water for up to half an hour. One one hand, while the phone feels indestructible, it does come at the cost of handling with the added weight, which is something to take into account.

Display and Other Features 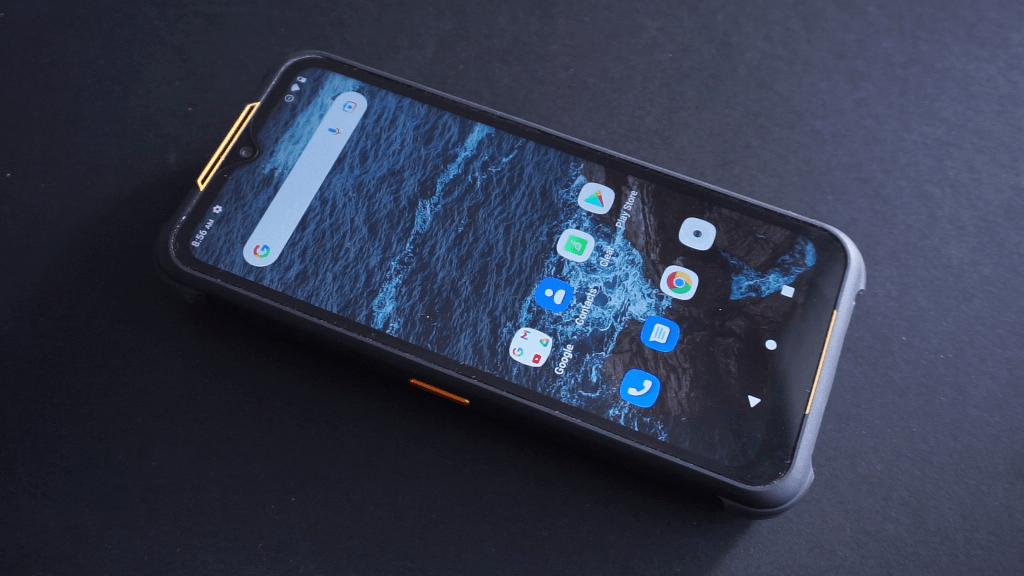 In terms of display technology, the H5 comes with a 6.5-inch IPS screen, with a rather low 720 x 1600 Pixel resolution, alongside a water drop notch that houses the 20-megapixel front-facing camera, and a large chin at the bottom. It’s nothing to write home about, but it serves its purpose nicely if all you’re after is a totally utilitarian communication tool.

The power and volume buttons on the side of the phone are exposed, and there are rubber flaps that cover the charging port, sim tray, headphone jack, and micro-SD card slot from dust and moisture. In addition to your main buttons, there’s an additional programmable button that can be set to trigger certain features or apps, which can be customized. 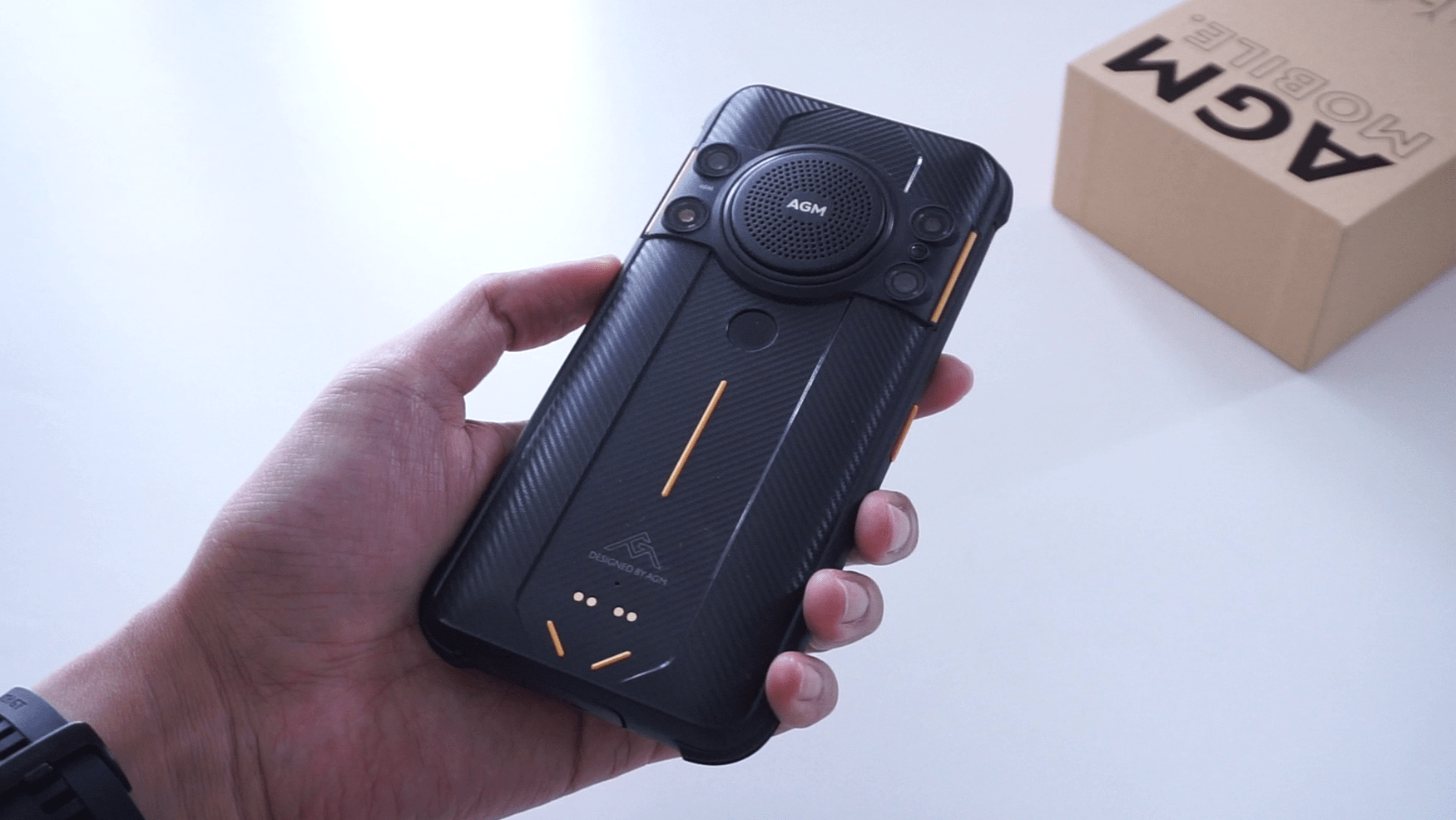 The back of the phone is likewise rugged, and houses the fingerprint scanner, a massive central loudspeaker surrounded by an LED lighting system and camera sensors, as well as charging pin connectors for the dock charger. The loudspeaker can pump out sounds with up to 109 decibels, essentially matching what you can get out of those small portable Bluetooth speakers – you can literally hear it from across the room. It does lack a bit in bass, but that’s quite acceptable since most smartphone speakers don’t come anywhere close to this. 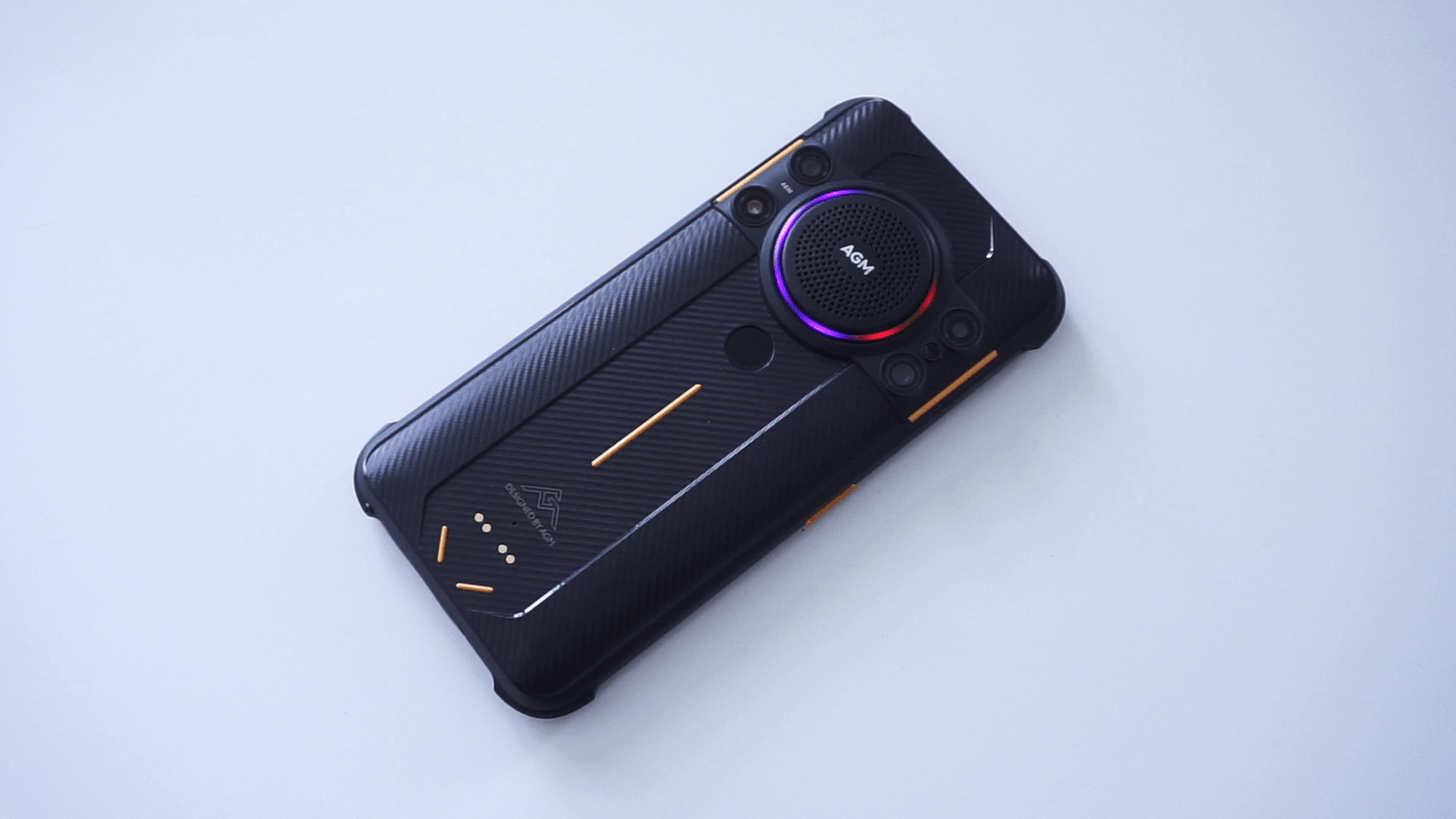 In addition to the loudspeaker, AGM does give you a customizable LED lighting system, with built-in software that will allow you to change up how the lights play alongside your ringer and notifications. It’s certainly a different take from something like the Nothing Phone 1, but it does add some flair for those who want a phone to stand out.

As we mentioned earlier, the phone comes with a 48-megapixel main sensor, a 2-megapixel macro lens, a 20-megapixel infrared night-vision camera, as well as a 20-megapixel camera in front for selfies and video calls. In actual use, camera performance on the AGM H5 is pretty standard for a budget to mid-range device. It does have a stand-out feature, however – the H5 comes with specialized night-vision optics, thanks in part to built-in infrared fill-lights on the back of the phone, which are placed near the cameras. 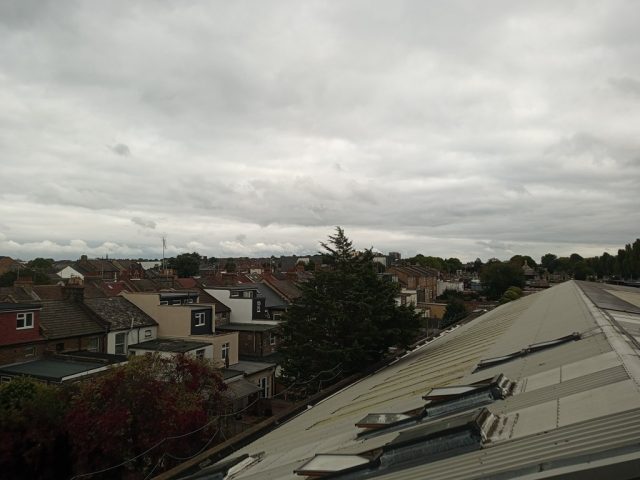 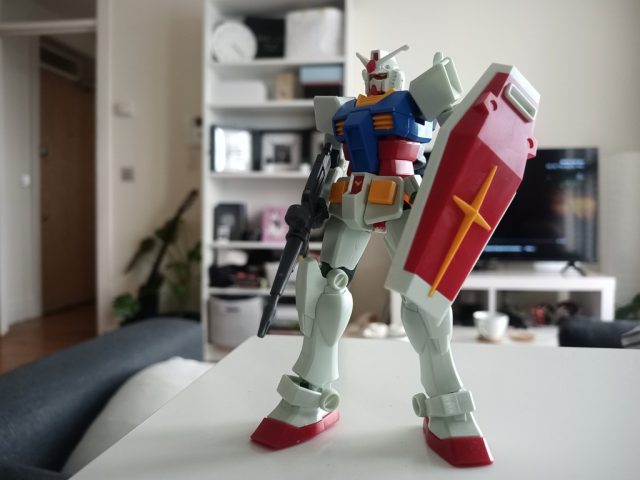 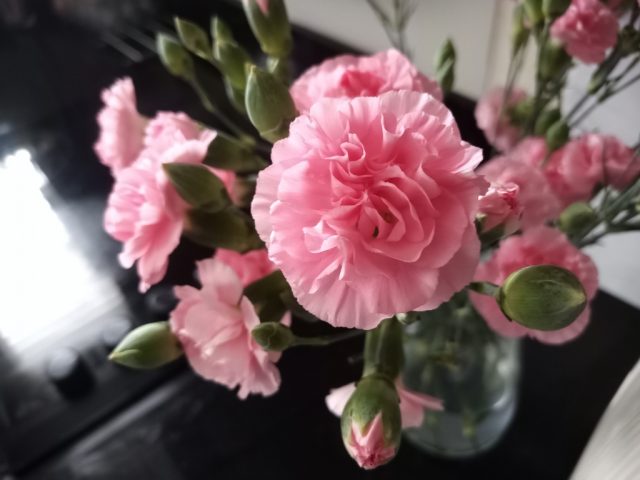 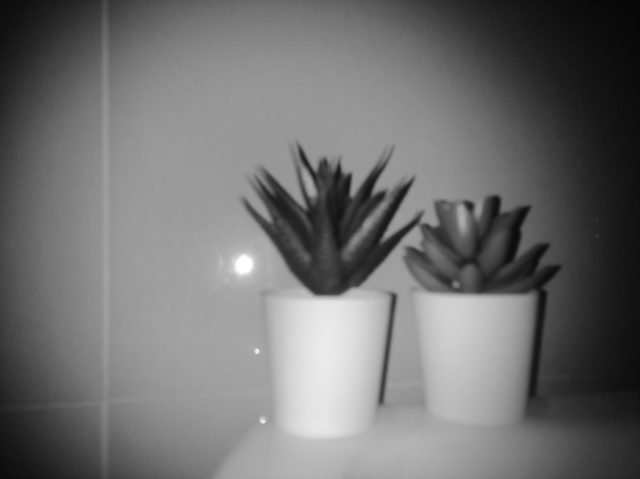 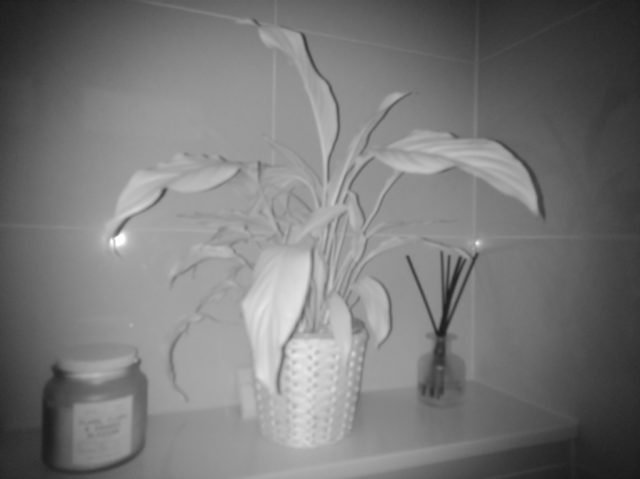 We have to say that this is a very impressive feature that you don’t get on most smartphones, and given the phone’s specialized design for rugged outdoor use, this is a much-welcome feature especially if you’re going to be using the phone for camping, spelunking, or other intensive outdoor activities with heavy night-time or low-light action.

Inside the H5 is MediaTek’s Helio P35 chipset, which comes with 6B of RAM, and 128GB of internal storage. As with the camera, this SoC in particular is something that will get things done, but not exceptionally – high-end games and performance-demanding apps are definitely off the table with this phone. 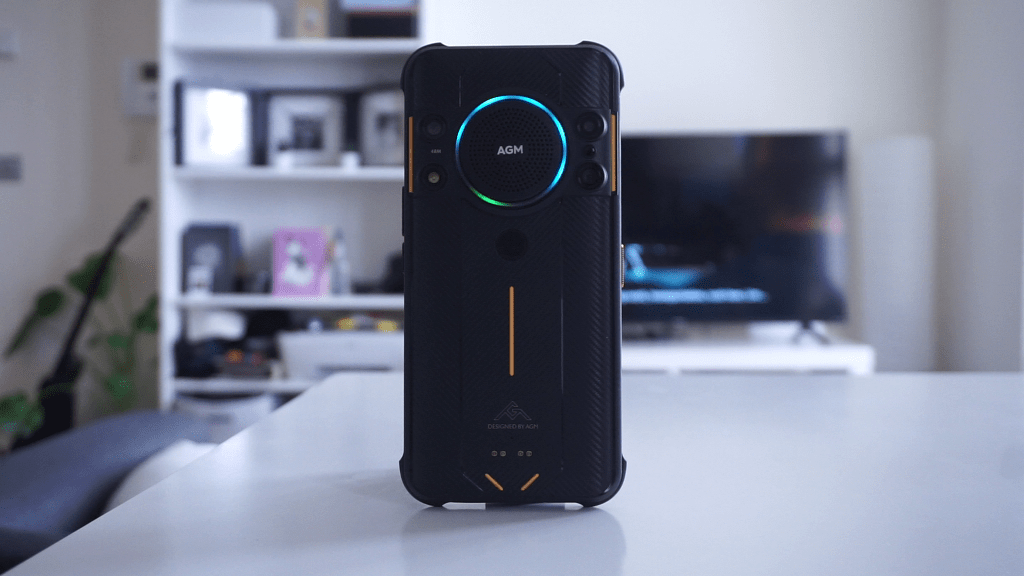 The H5 does run on Android 12 though, which is a nice addition given that most budget smartphones run on Android versions 11 or even sometimes older versions. With that said, the phone will be decent for moderate tasks like web-browsing, social media apps, and the occasional video call for work. Gaming should be limited to super casual titles which won’t require a lot of graphics processing.

One area where the AGM H5 excels is with its battery. Inside the phone is a massive 7,000 mAh power cell, which should last for a few days paired with the relatively “budget” processor and display. As such, it will take a while to charge, and it lacks the fast-charging speeds seen on modern budget rivals like offerings from Oppo and Xiaomi.

To sum things up, the AGM H5 excels in factors like a heavy-duty design, a night-vision camera, a massive battery, and a loudspeaker set-up that should get the job done, provided that you’re not looking for high-end audio quality. The design of the phone isn’t for everyone, but most people would expect a phone with these unique features to look a bit different than the competition.

As far as rugged phones go, the H5 is certainly a juggernaut in its own right, and folks after a durable communicator strictly for outdoor work and communication should take a look at this one. 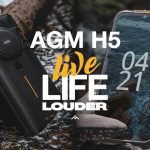 The AGM H5 is a rugged smartphone with speake