We imagine that most of you are familiar with Google’s Gboard keyboard app, and some of you might even be using it as your daily driver. But it seems that over in Google Japan, the Gboard team has had other ideas and decided that as a fun project, they would turn Gboard into an actual physical keyboard. 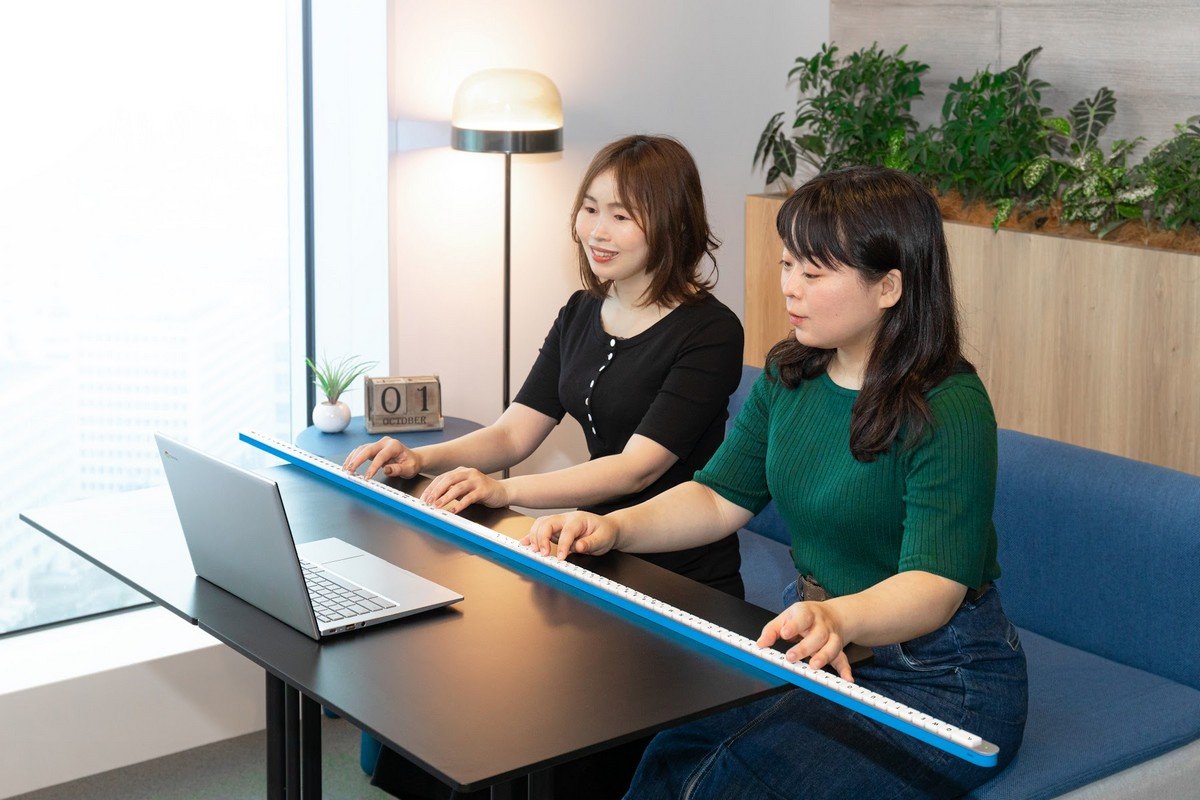 Before you get too excited about buying one, know that you can’t. And secondly, we’re not sure if you would want to either because it seems rather unusable. This is because the Gboard team imagined the Gboard keyboard as a horizontal keyboard with a single row, meaning that unlike your standard QWERTY keyboard with multiple rows, this keyboard is a single row and is arranged alphabetically from A-Z.

This was obviously done as a joke (kind of early/late for an April Fool’s prank, but whatever), and according to the blog post (machine translated):

“When you use this keyboard, your arms will naturally spread out, so you can stretch your arms secretly even at work. When you press the rightmost and leftmost keys at the same time, you may stretch your legs unintentionally.

If you find it difficult to raise your legs, you can use clothespins, or you can enjoy playing a duet with two people like a piano.”

The team even suggests that due to its sheer length, you can use it as a poking stick of sorts to turn off wall switches if you’re too lazy to walk over. Now, like we said you can’t actually buy this, but the good news is that if for whatever reason you wanted to make one, Google the resources you would need to make it yourself over on GitHub.