What to Expect from Google’s Pixel 7 & Pixel Watch Event!

Google’s October event is just around the corner, and despite the fact that we’ve seen a ton of Pixel leaks over the past few months, it’s undeniable that there’s still hype and fanfare for Google’s upcoming batch of Pixel devices.

With that said, let’s take a look at what we can expect from Google’s Pixel announcement this coming month. Let’s get started!

The main highlight of the event will undoubtedly be the Google Pixel 7 and 7 Pro, which are Google’s latest flagship phones, taking over for the Pixel 6 series from last year. Obviously, we can expect the new Pixel phones to come with some upgrades to design and internal specs, with some familiar prices to boot. At this point in time, we have a pretty good idea of what the phones will now look like thanks to a ton of leaks over the past few months, and some actual product renders from Google. 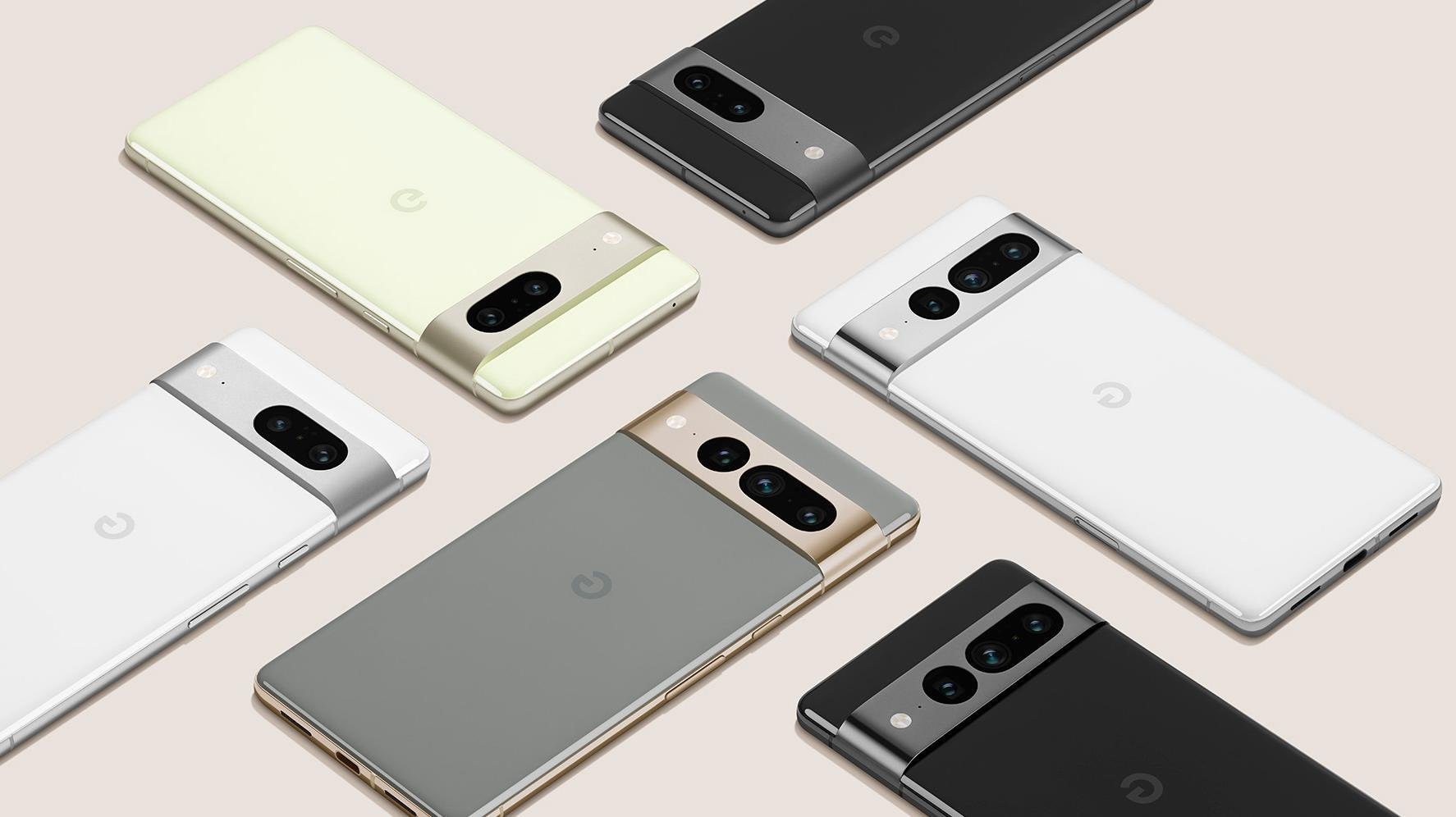 The new phones will come in three colors each with a very similar-looking design to the Pixel 6 and 6 Pro. This time around though, Google has opted for more metallic coverage on the rear cameras, which does a good job distinguishing the Pixel 7 series from last year’s phones.

Speaking of cameras, we can expect Google to showcase the imaging performance of the new phones, given that the Pixels are best known for their amazing mobile photography. As with last year’s Pixels, it’s very likely that we’ll see Google use the same 50-megapixel Samsung GN1 sensor, which will be accompanied by an ultrawide lens in the form of the Sony IMX381. There will be some new hardware though, as the Pixel 7 Pro will use a Samsung GM1 sensor for telephoto shots.

This isn’t the first time that Google has reused camera hardware though, as we’ve seen this before on the company’s older Pixel phones. In any case, Google does make up for this with impressive computational photography. 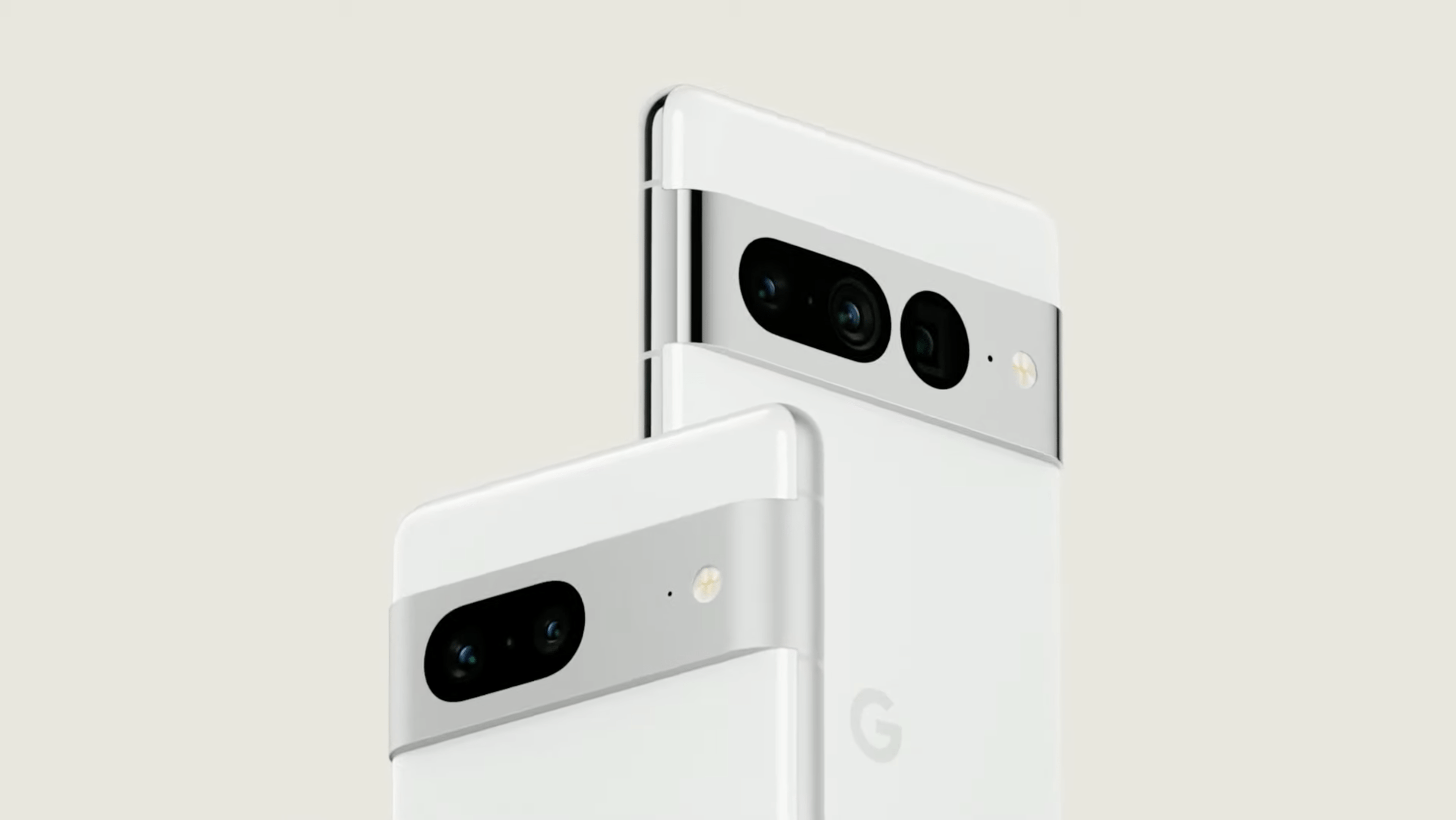 Additionally, it’s expected that we’ll get the second generation Google Tensor chip, which at this point is referred to as the G2, and will offer some improvements in terms of performance, overall stability, and power efficiency. The Pixel 7 and 7 Pro will both get support for 30W fast charging, with tiny differences like screen size and battery capacity for the Pixel 7 in comparison to the Pixel 6.

There’s also word of face unlock being available on the Pixel 7 phones, along with improved fingerprint scanning, and a better Wi-Fi modem. If Google does confirm this, it would be a big step-up from the biometrics and connectivity issues that some users experienced on last year’s Pixel phones. With that said, we still have to wait for Google to give us the full rundown on what’s new with the phones, but it’s pretty much expected that there will be much-needed improvements to go all around.

Of course, it’s also likely that we’ll get a new batch of Pixel accessories such as Google’s first-party cases, although we hope that they hold up better to wear and tear this time around. 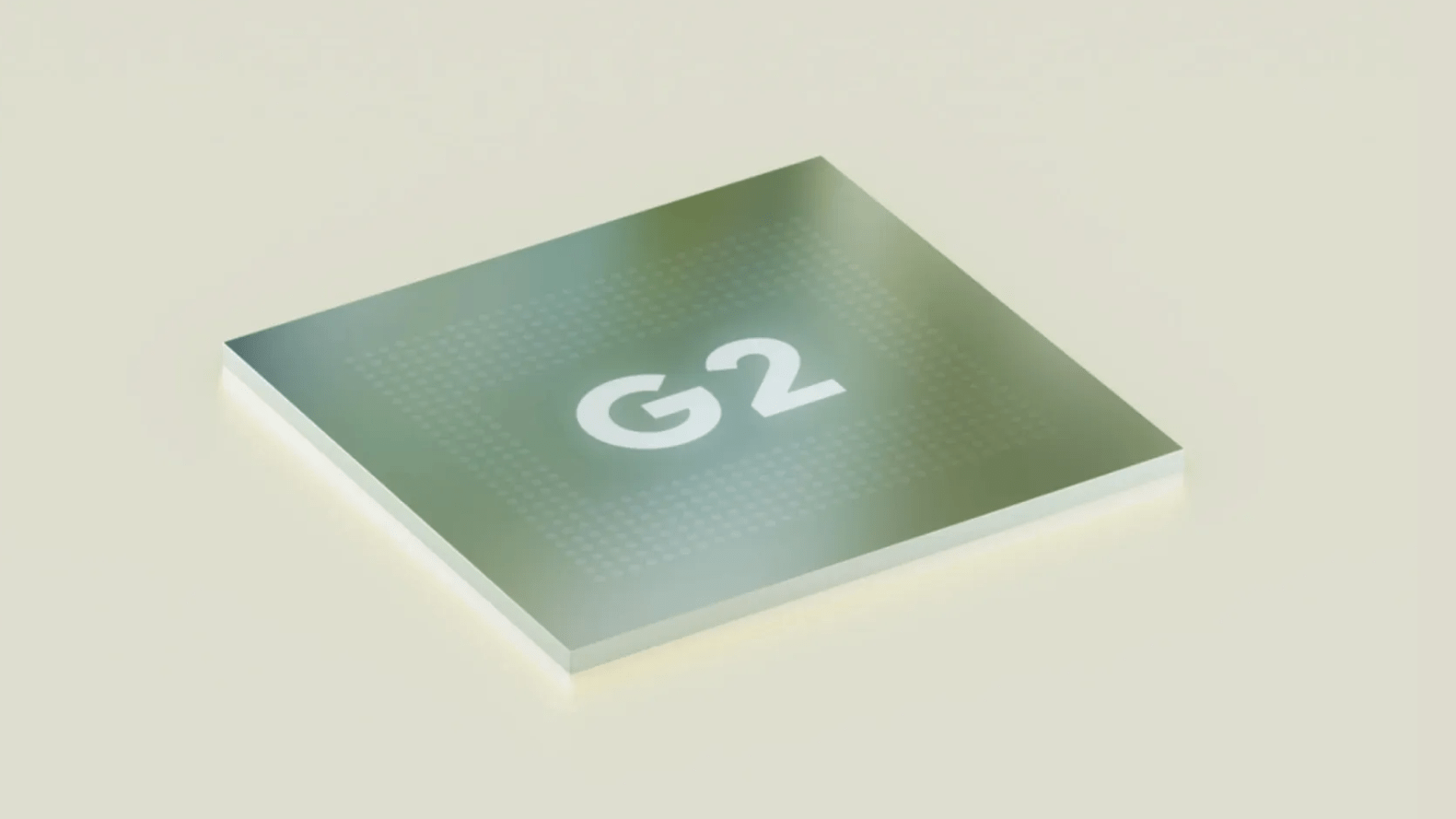 As we mentioned, the Pixel 7 phones will be powered by Google’s Tensor G2 chip, which should be another major highlight of the event. If you recall, the first Tensor chip was developed by Google in collaboration with Samsung, and it looks like that this is still the case with the G2 chip, as both companies have once again worked together on this one.

Based on what leaks we’ve seen so far though, it seems that the G2 will only offer a slight improvement over last year’s chipset, as it uses the same Cortex X1 cores, Cortex A76 Cores, and Cortex A55 cores, albeit with a slightly faster overclocked speed and Samsung’s 4nm process. In particular, early multi-core benchmark scores have improved by 10% thanks to this hardware configuration, as seen in some Geekbench tests.

There’s also been changes to GPU, as Google is moving from using the Mali-G78 to the Mali-G710, which is designed to hopefully bring about 20% better performance, 20% improved power efficiency, and 35% better machine learning.

If you were one of the many who were doubtful about Tensor’s longevity and performance when it was first launched, then you might want to take all these preliminary tests into careful consideration, at least until we see more performance from the Pixel 7 series. 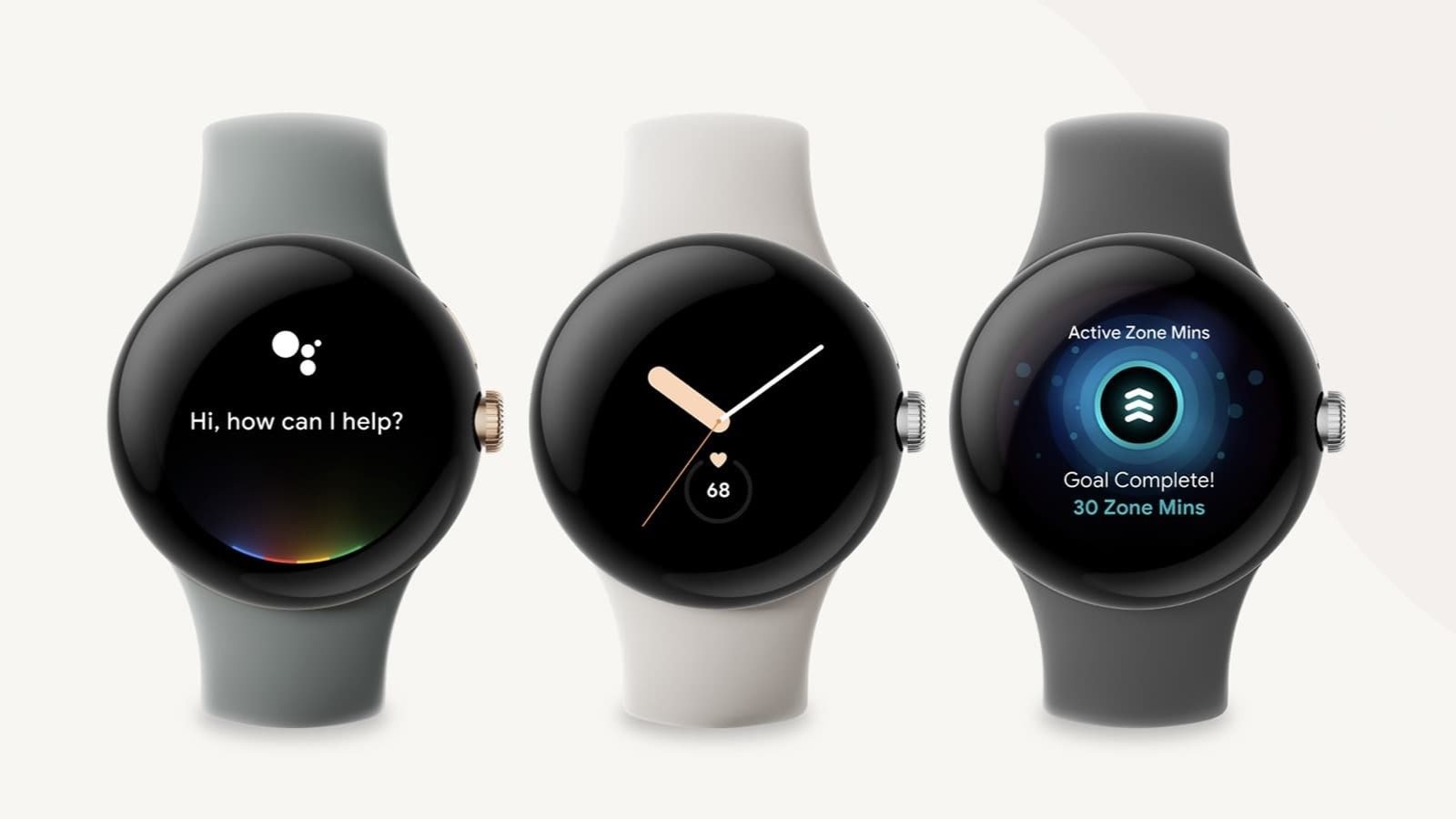 In addition to the new Pixel phones, Google will of course show off its newest addition to the Pixel device family in, the form of the Pixel Watch. There’s been a lot of discussion and excitement regarding this new wearable, and with good reason.

You see, for many years now, a lot of Android users have been clamoring for a first-party flagship wearable that they can finally call “their own.” Sure, we have tons of options from the likes of Samsung, Fossil, and even Fitbit – but the appeal of a Google-branded smartwatch was almost an unachievable dream, that is until now.

It’s expected that Google will reveal the Pixel Watch with Wear OS 3, and as we’ve already seen, it will come with a circular design, a rounded dome touchscreen display and a single crown for navigation controls. If you’ve been keeping up with tech discussions on social media, you might have even seen the debate surrounding the Pixel Watch’s design, which seems to come with rather thick bezels around the sides. 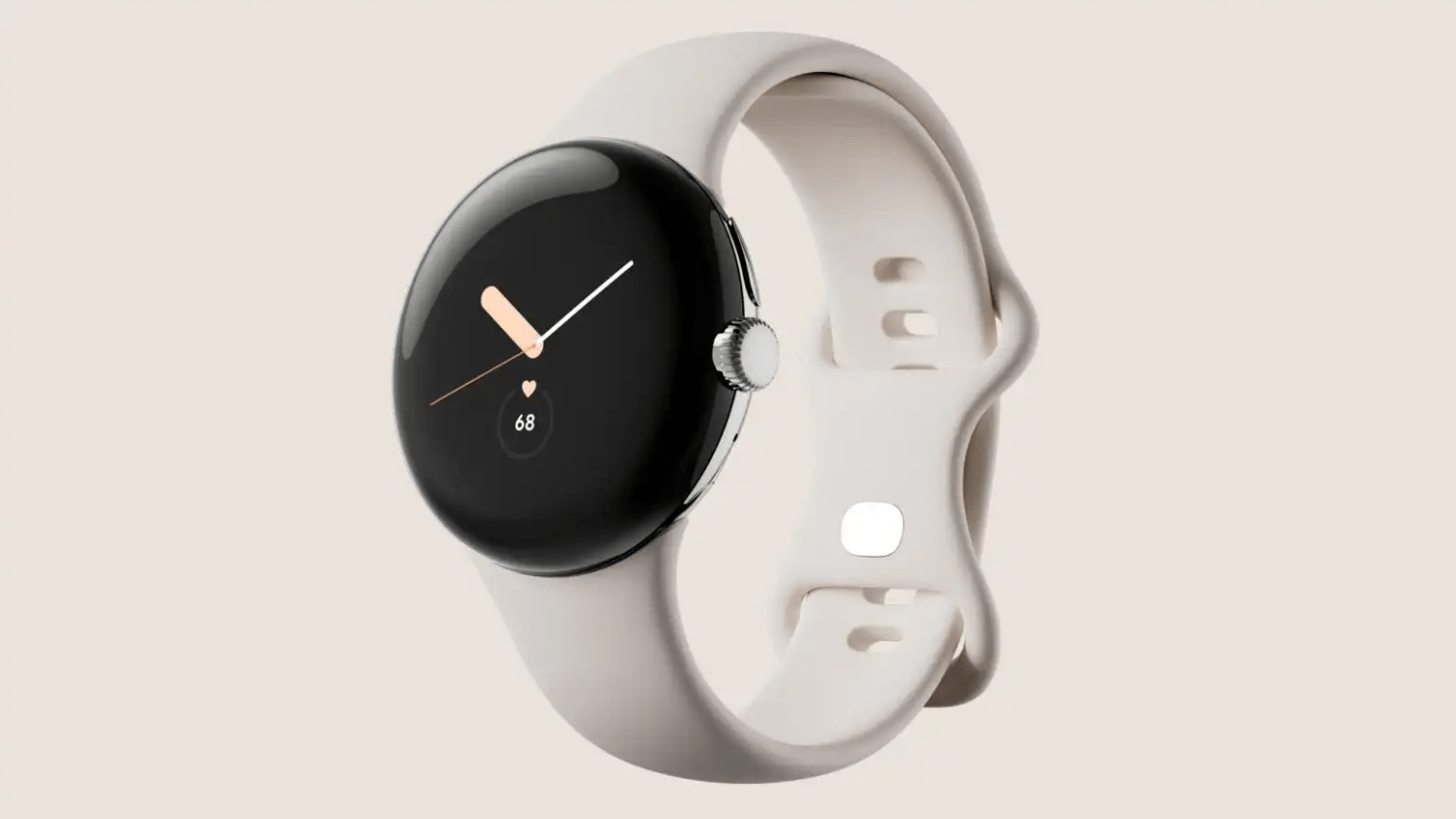 Design aside, what makes the Pixel Watch unique from other wearables it that it comes with Fitbit integration, meaning that users will be able to access certain Fitbit software features, and will even be able to use hardware that’s found on other Fitbit wearables, like skin temperature readings, Spo2 tracking, and maybe even ECG support, to name a few.

With that said though, it’s interesting to see the Pixel Watch launch just some days after the new Fitbit Sense 2 and Fitbit Versa 4, which are technically Google wearables too, since the latter now owns Fitbit and has gone to great lengths to fully incorporate the fitness brand into its software and hardware projects.

As for internals, the Watch is rumored to come with the Exynos 9110 processor, which is a rather old chipset used in the 2018 Samsung Galaxy Watch. Of course, this might pose a concern for some users who are after new and powerful hardware, but we will have to wait and see the actual watch in action once it launches.

We can also expect to see Google announce accessories like interchangeable straps for the watch, which should be a nice addition. One thing to note though is that because this is a new product altogether, Google will have to go the extra mile to ensure that consumers will have access to a wide range of third-party accessories to choose from, particularly when it comes to watch straps.

Of course, no Pixel event is complete without a price reveal – with that said, it’s been speculated that Google will keep the Pixel 7 and 7 Pro priced similarly to last year’s Pixel 6 series, at around $599 for the Pixel 7 and $899 for the Pixel 7 Pro, making them significantly cheaper compared to other flagships smartphones out there.

As for the Pixel Watch, it’s expected that the new wearable might cost around $350 for a GPS model, and $399 for an LTE-equipped version. Given that competitors like the Apple Watch and Galaxy Watch offer base models that start at around $250 and $270 respectively, Google has a lot of work cut out for them to convince buyers that the Pixel Watch will offer tremendous value at its starting price.

So – are you excited for the Pixel event this October? Will you be getting the new products, or are you still on the fence about crossing over to the Google side of things? Let us know in the comments below.