There are many reasons why people choose the laptops that they have chosen. Obviously, performance is one of them, then there is also price, then there is appearance, and then there are also specs like size and weight which might be important for someone who has to carry it with them all day.

Then there are also considerations like durability, where if someone were to work in the field all day like at a construction site, or outdoors like in a forest or desert, having a laptop that can withstand extreme temperatures, water, and drops are also factors that need to be considered.

So, if you’re a Gen Z-er who is looking for a new laptop that can help them do work on the go, like editing videos, music, or photos, or just regular work, Tecno might have something for you with the Megabook T1, a laptop that the company says was designed with the Gen Z population in mind. 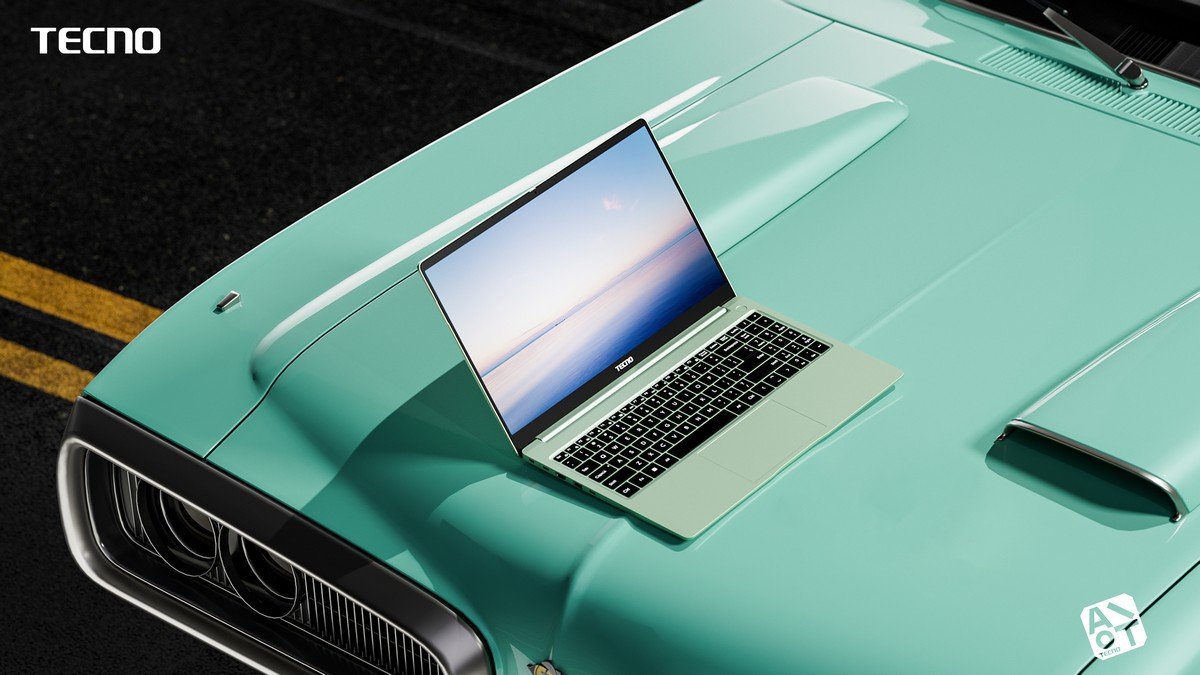 According to Tecno, one of the reasons why they believe that the Megabook T1 will appeal to the Gen Z population is due to the design of the laptop itself. There are a lot of laptops out there that look quite boring even though they’re more than capable of getting the job done, but with the Megabook T1, Tecno has created as many as 7 different color options to choose from.

The entire body of the laptop has been made out of aluminum and the lid of the laptop features a dual-tone Startrail Phantom design, which will show the primary color of the laptop, but there’s also a shiny strip running across it that acts like an accent piece, allowing the laptop’s design to stand out a bit more and give users something different and unique to look at versus just a plain solid color.

The Megabook T1 also features a wedge-shaped design where it tapers down towards the end to give it a slightly slimmer profile. The wedge shape also means that the laptop will be slightly more comfortable to type on versus flatter designs where the edge of the laptop could cut into one’s wrists. 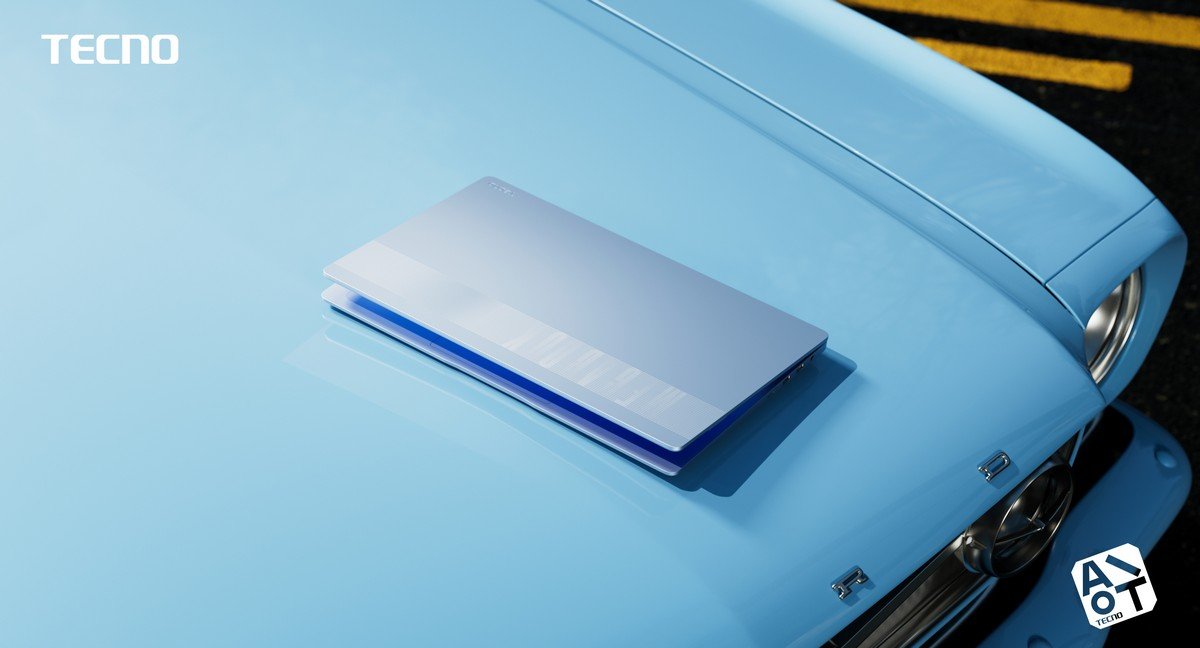 In addition to creating a unique design that would appeal to the Gen Z crowd, Tecno has also created the Megabook T1 to be both thin and light. For those who need to work on the go but don’t want to lug around a particularly chunky or heavy laptop and want something that can easily slip into a bag, that’s the intention that Tecno is going for.

Like we mentioned earlier, the Megabook T1 features the use of a wedge-shaped design that helps make the laptop thinner and lighter. According to Tecno, the design results in a laptop that weighs 1.48kg and measures 14.8mm thin, making it lighter than some other 14-inch laptops out there, but that’s not all.

Taking into consideration that this laptop might be carried around, Tecno has also included a 65W GaN charger. For those unfamiliar, GaN chargers have an advantage over traditional silicon-based chargers by being smaller and lighter due to the use of different components. This means that you don’t have to lug around a huge charging brick when you’re working outside. They are also faster and more efficient and don’t get quite as hot. 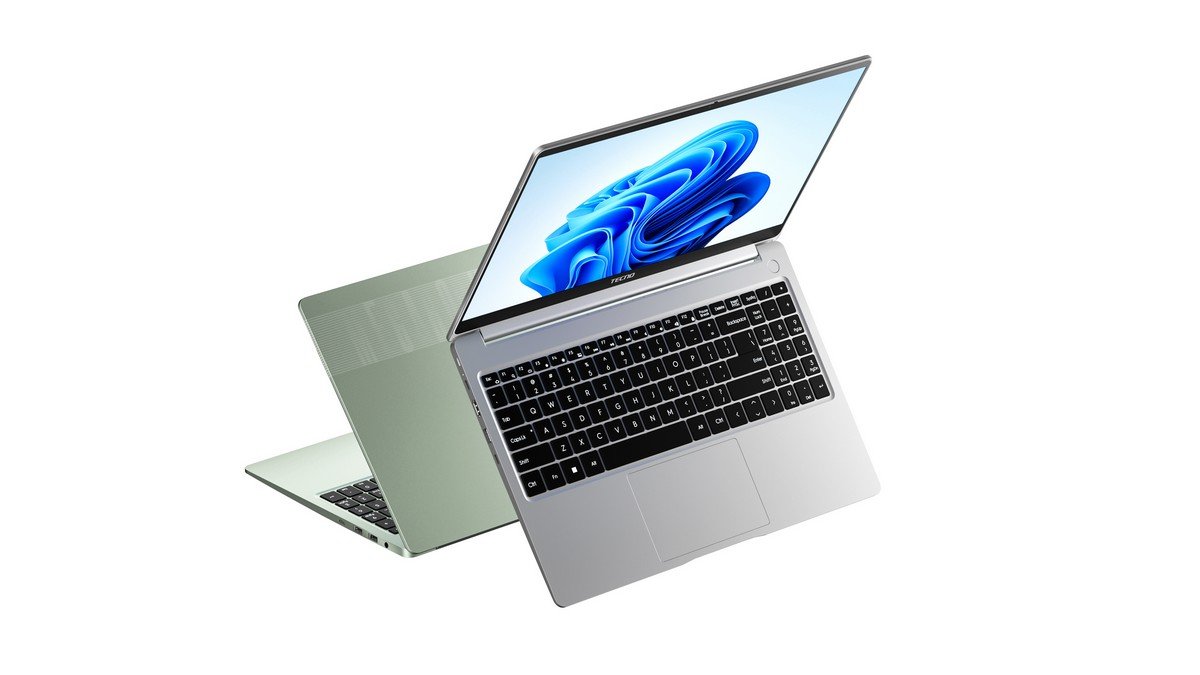 Putting aside its design, obviously, a laptop needs to function well otherwise who cares if it looks great, right? With the Megabook T1, Tecno has opted for the use of Intel processors where users will be able to configure it to sport an Intel Core i7-1195G7 processor, making it quite a powerhouse if users need the extra cores or speed for more intensive tasks.

The laptop can also be configured to pack either 12GB or 16GB of RAM, depending on your needs, and also 512GB or 1TB of SSD storage. Combine the SSD storage with an Intel Core i7 processor and you’ve got yourself quite a speedy and powerful laptop that should be more than capable for most tasks. 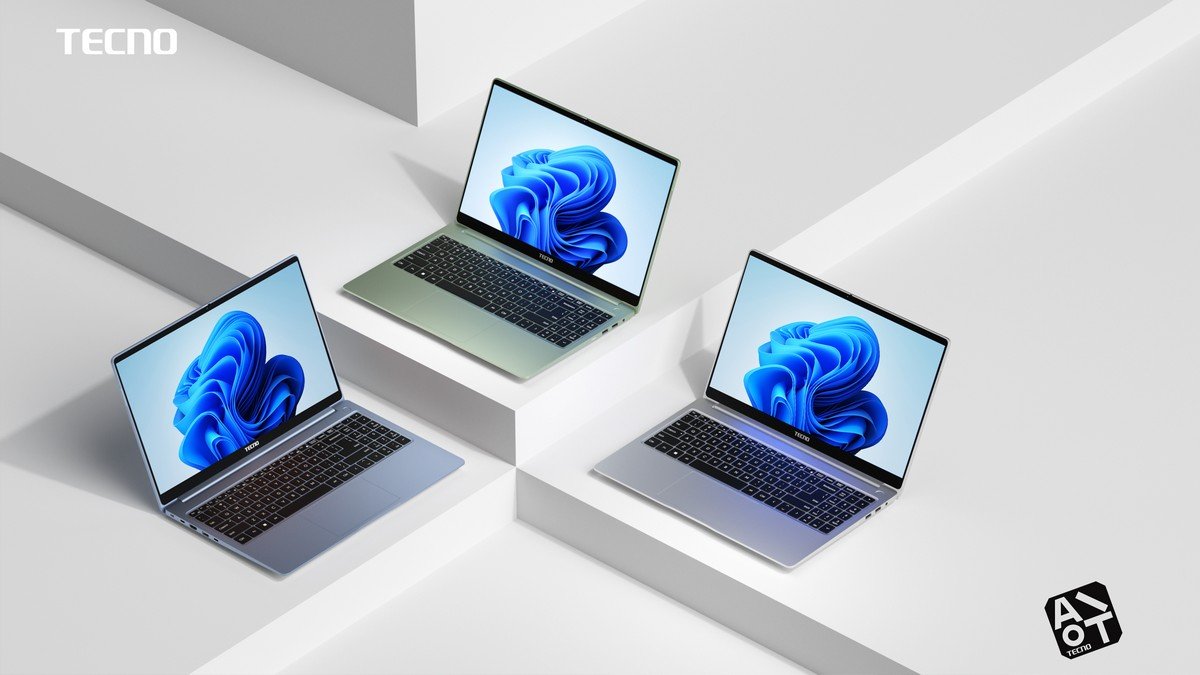 The laptop’s display measures 15.6-inches with 100% sRGB and offers a Full HD resolution with 350 nits of peak brightness. Considering its display size, the fact that it is actually lighter than some 14-inch models out there is actually kind of impressive. The larger display should also make working on certain tasks more enjoyable.

The webcam also comes with a physical blocker so you can close it shut if you want that added privacy, and there’s also a fingerprint sensor that helps prevent unauthorized physical access.

Tecno has not mentioned how much the Megabook T1 will cost (this will also depend on your hardware configuration), but it is expected to launch in Q4 2022. The company will also be showing off the laptop at IFA 2022, so if you are planning on attending, it could be worth checking it out in person. For more details, be sure to visit the official TECNO Megabook T1 page. 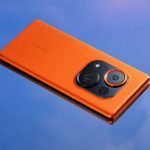 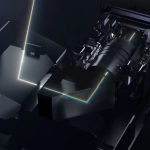