OnePlus 10T benchmarks hint at a beast of a device

If the rumors are true, OnePlus could be working on a new flagship handset to be launched later this year in the form of the OnePlus 10T. Now according to a post on Weibo by Digital Chat Station, they have shared what appears to be AnTuTu benchmarks of the upcoming handset.

Now, assuming these benchmarks are accurate and real (benchmarks can be faked or manipulated), it seems that the OnePlus 10T could be packing some serious heat under the hood. It managed to score 1,131,151 points, which is considerably higher than the current champion, the ZTE Nubia Red Magic 7, which scored 1,046,552.

Comparing it against its predecessor, the OnePlus 10 Pro which scored 846,261, it looks like there are massive improvements to the phone, making it a compelling upgrade for those who might have held out on buying the OnePlus 10 Pro. Of course, benchmarks only tell one side of the story so while it might seem more powerful on paper, there are other factors to consider.

That being said, previously leaked specifications have indicated that the phone will most likely be powered by the Qualcomm Snapdragon 8+1 Gen, which could explain the boost in performance. It is also rumored to feature 150W charging, another improvement over the OnePlus 10 Pro. The phone is also rumored to be announced in July, so if that’s true, we should have more details soon. 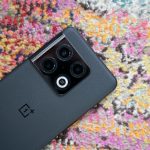