Honor has released several true wireless earbuds in the past, with the previous model being the Honor Earbuds 2 Lite. If you were hoping for better audio quality and features, Honor has since launched a new model in the form of the Honor Earbuds 3 Pro.

It comes with a new coaxial dual driver design, active noise-cancellation, and depending on where you live, there is even a built-in temperature sensor that you can use to measure your body’s temperature and check for a fever if you want.

So, with all these changes, has Honor managed to create a pair of earbuds that are truly deserving of your hard earned money? We’ll find out in this review. 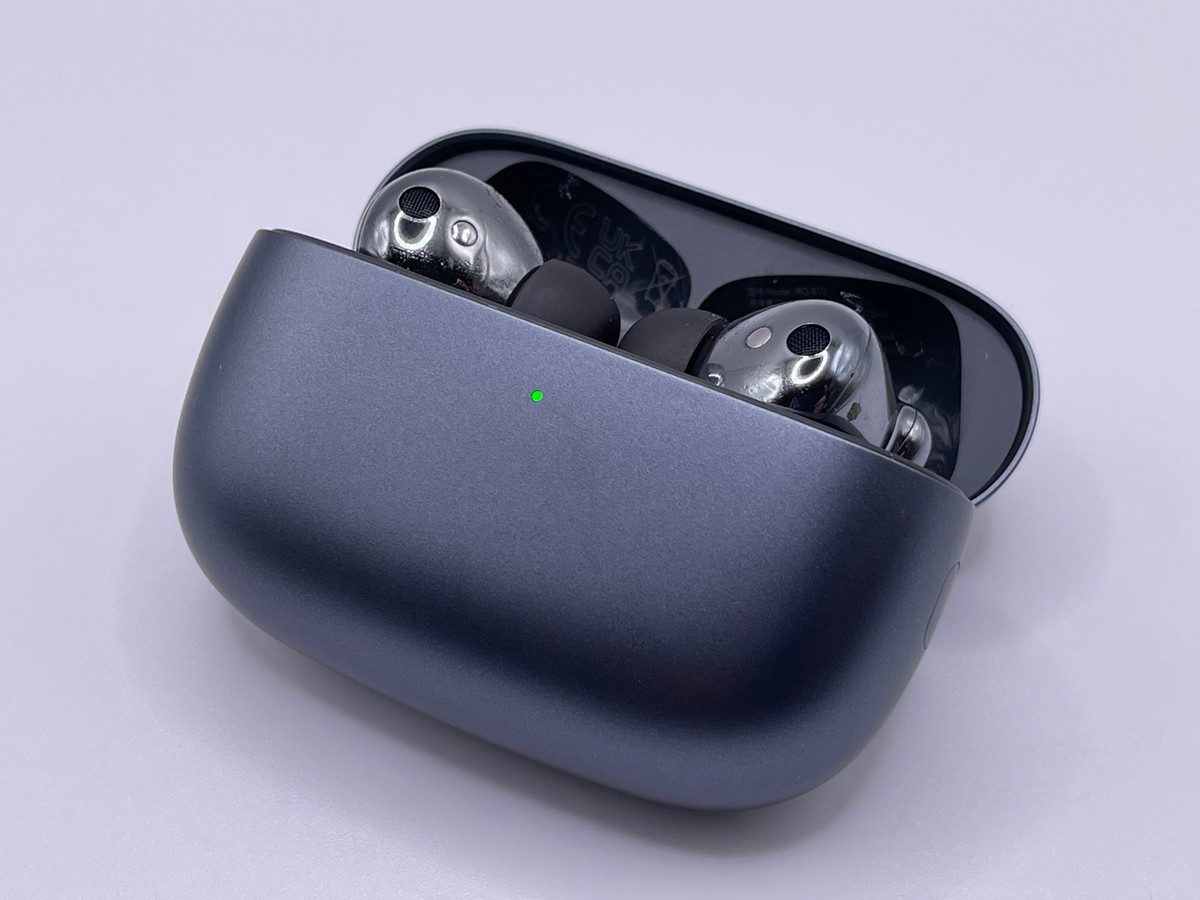 The Honor Earbuds 3 Pro comes with a charging case that’s offered in either a white or a grey finish. We got the grey model and it looks clean and simple. It is a matte grey finish with a single LED indicator on the front, a USB-C port on the bottom, and on the side, there is a button to initiate pairing.

I have to say that the button is extremely well designed in the sense that it blends into the case very well and is perfectly flushed, so much so that I completely missed it when I was trying to pair the earbuds with my phone. This is actually a good thing because it helps create a very seamless look. 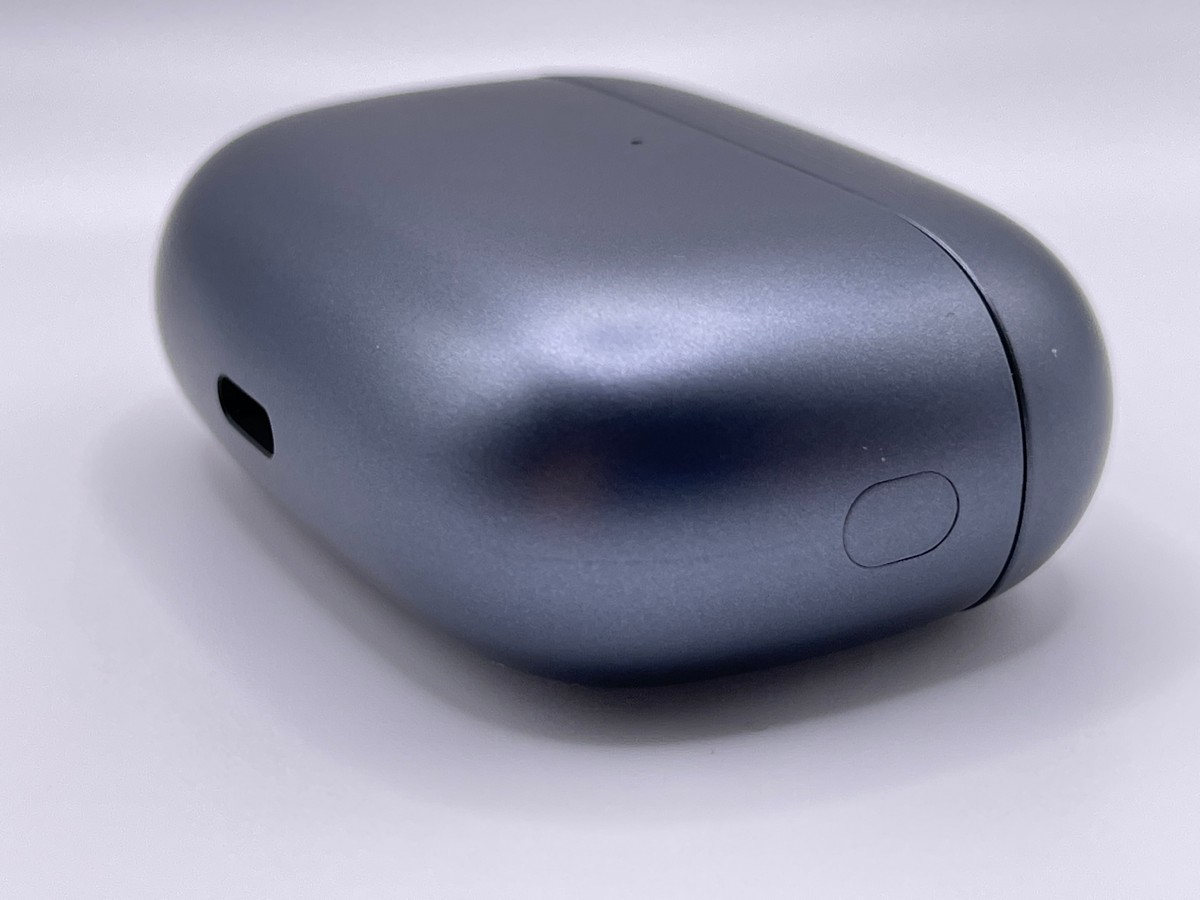 Speaking of pairing, unsurprisingly if you happen to own an Honor smartphone, you will be able to pair the Earbuds 3 Pro with your smartphone similar to how AirPods pair with iPhones. It’s a nice perk if you’ve bought into the Honor ecosystem.

The earbuds themselves are made out of the plastic and have a dark chrome finish to them. Similar to many other wireless earbuds the choice of material is very slippery which makes it very difficult to take it out of the case, especially if your hands are wet or a little oily.

Also, another thing to note is that the silicone ear tips have a very strong chemical smell to them. This immediately hit me when I first opened the case and also after taking them out of my ears where I caught a whiff of it. Obviously no one smells their earbuds, but like I said, it was strong enough for me to notice. 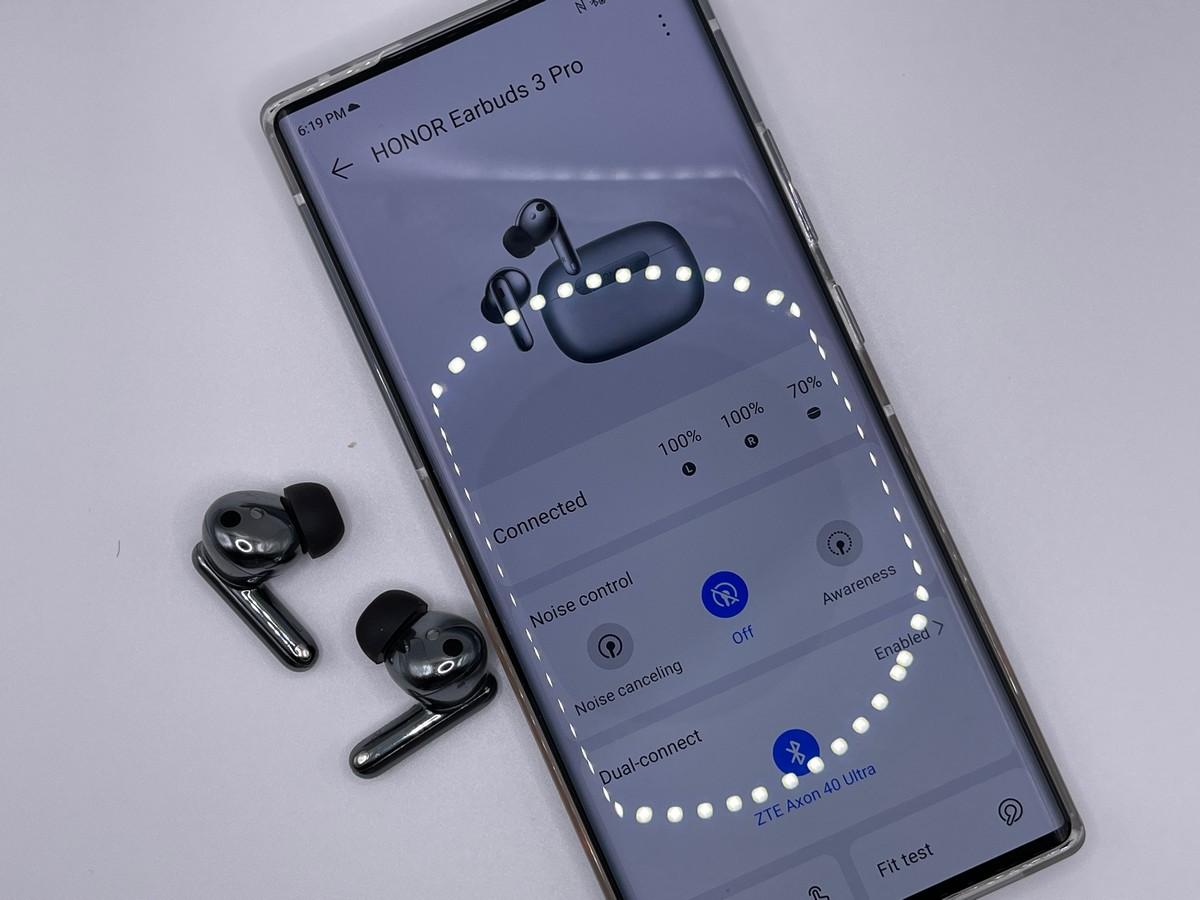 Putting aside the design and feel of the earbuds, when it comes to the sound quality of the earbuds, I was very pleasantly surprised to find how balanced they sound. For context, I generally prefer over-ear headphones because they’re more comfortable and since they’re bigger, can support larger drivers which can help with soundstaging.

The Earbuds 3 Pro despite being so small sounded very good. It is possible that this could be due to Honor’s choice of using a coaxial dual driver design for the earbuds, but right out of the box without any tweaking to the EQ, the earbuds offered very clean highs. It’s not as sparkly as I would have liked, but that can always be slightly adjusted by messing about with the EQ, but for its default settings there’s honestly nothing to complain about.

The bass was also another surprise. Typically what I’ve found with most consumer-grade earbuds is that they either lack in bass or try to artificially boost the bass, but with the Honor Earbuds 3 Pro, I found the bass to be very natural-sounding. I would describe it as a loose bass with a nice boomy sound to it. I would have preferred a tighter and more punchy bass, but that’s just my personal preference and since everyone’s listening preferences are different, I cannot fault Honor for this.

I would say that the bass sound profile for the Earbuds 3 Pro might actually be better suited for watching videos, movies, and playing games. Combine that with the clean highs and you’ve got yourself a very nice pair of balanced earbuds that’s excellent for general use. 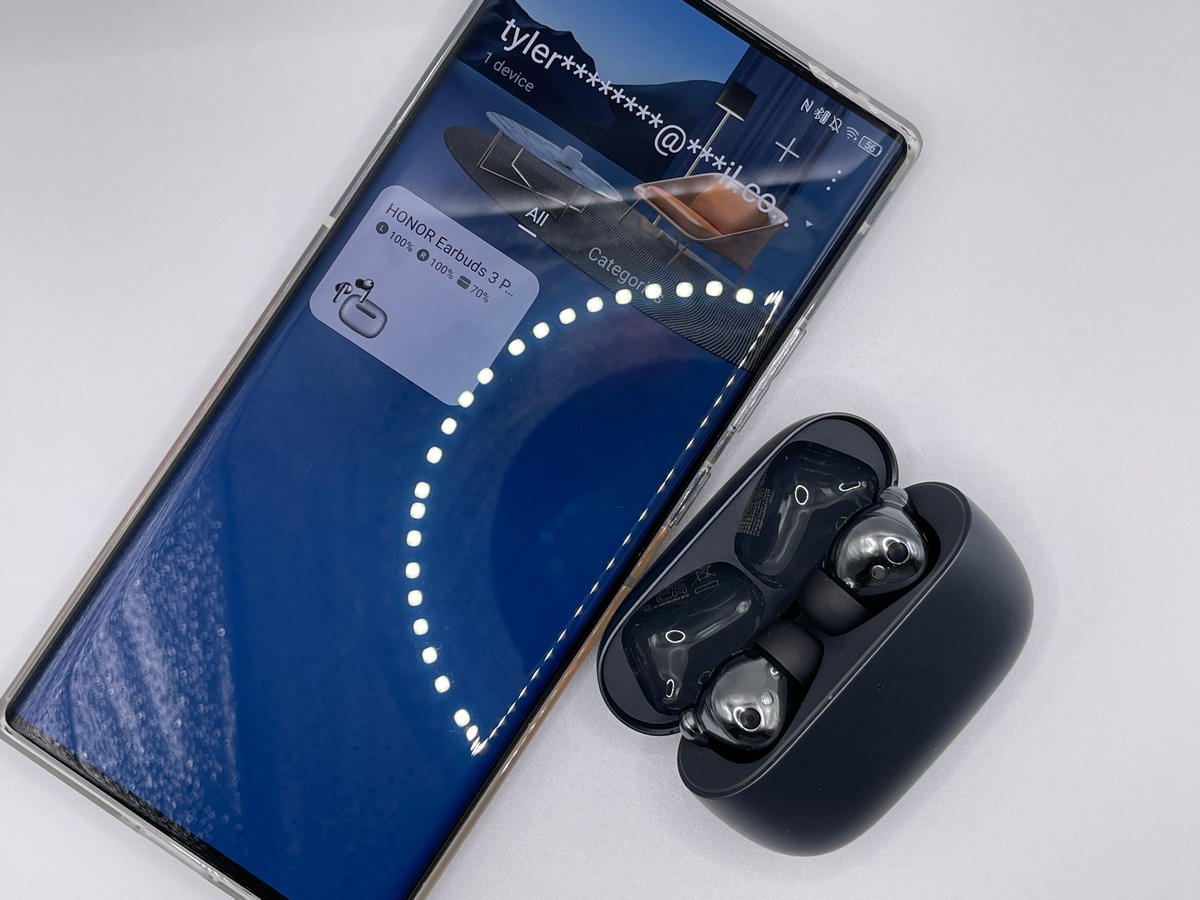 As with most wireless earbuds, the Honor Earbuds 3 Pro comes with your usual set of features. This includes an auto-detect feature that pauses music when the earbuds are taken out of your ears. There are also gestures built into the stems of the earbuds that lets you control the volume and media playback.

The gestures are actually quite intuitive and are based on slides and taps, which I personally find more intuitive than some other designs that might require squeezing the stems. They also respond really quickly and at no point during my use did I adjust the volume or pause playback unintentionally.

Active noise-cancellation is also a feature in these earbuds and they do a pretty good job of blocking background noise. There are actually four different noise-cancellation profiles that you can select in the Honor AI Space app – Intelligent, Cozy, Moderate, and Ultra, each designed with varying levels of noise-cancellation, so you can choose the one that suits your needs the best.

Also another thing to note is that the Honor AI Space app is only available for Android. This means that while the earbuds will work with non-Android devices like laptops or iPhones, it will lack some degree of customization, so you have to decide where you plan to use the earbuds with the most.

Another feature of the Earbuds 3 Pro is a built-in temperature sensor. Unfortunately we weren’t able to test it because the model we were sent was designated for the UK and EU, where the temperature sensor was not available. Assuming it works as promised, it could be a good way to measure your body’s temperature, especially if you’re feeling sick and need a quick way to check your temperature on the go.

The earbuds also offer Bluetooth 5.2 connectivity and support simultaneous connectivity with up to two devices at once. Perfect if you need to switch between your phone and computer often. 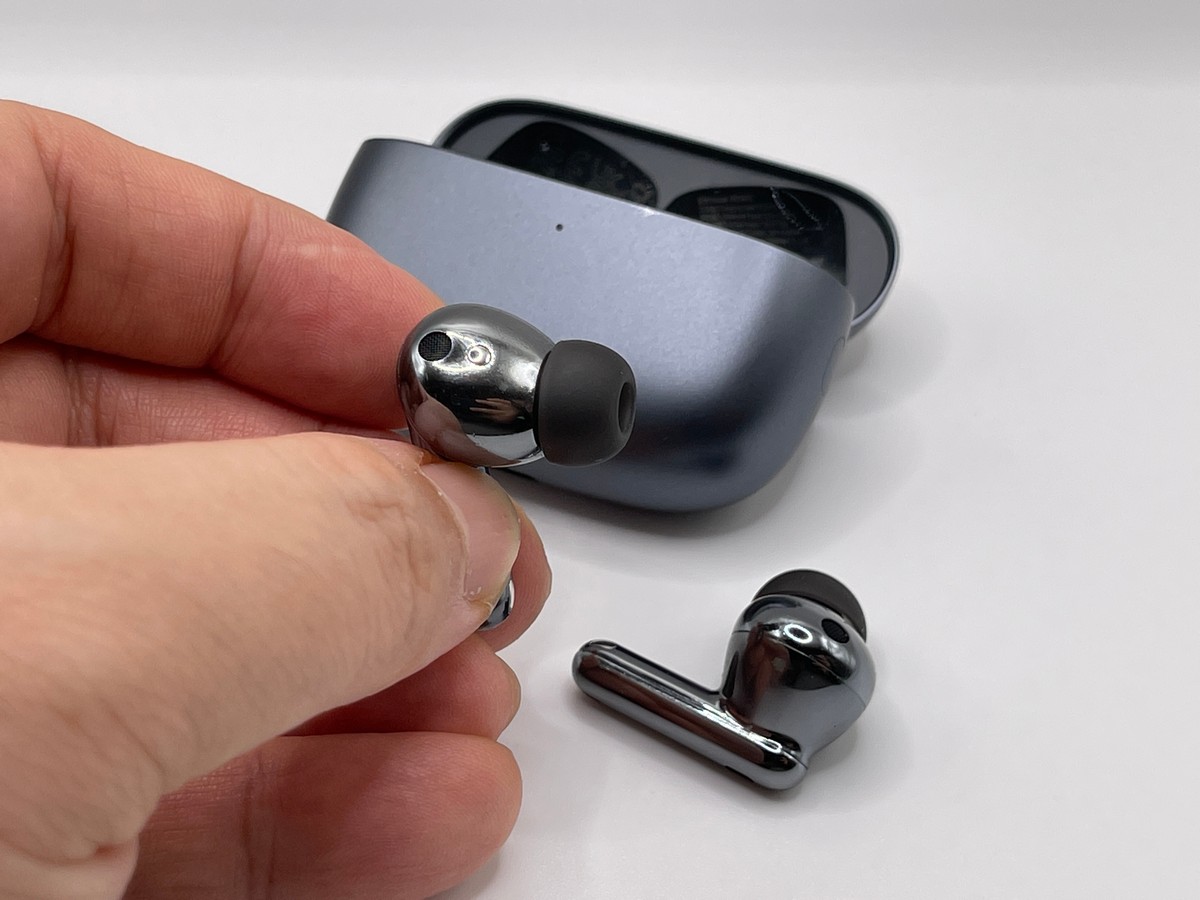 According to Honor, the Earbuds 3 Pro is advertised as having 24 hours of total battery life that includes the charging case. They also advertise fast charging where you can get an additional 2 hours of battery life after just 5 minutes of charging. 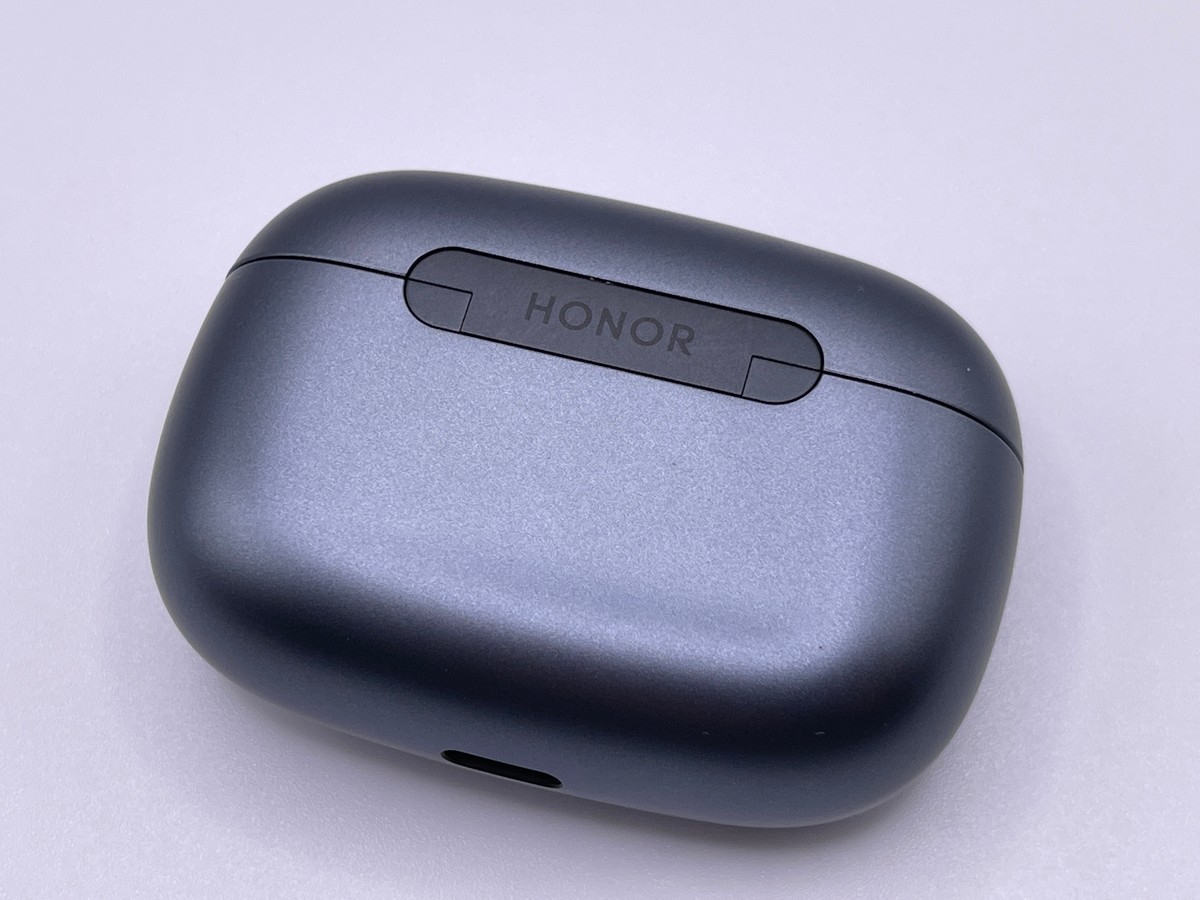 Of course your mileage may vary based on how loud you listen to your music. We had ours set at around 60%, so obviously the louder your volume levels, the faster it will drain. But for the most part, hitting the 4-6 hour advertised mark seems entirely plausible.

If you’re looking for a pair of excellent sounding noise-cancelling true wireless earbuds that won’t break the bank, the Honor Earbuds 3 Pro could actually be the perfect fit at €199. It offers balanced sound, great soundstaging, and surprisingly decent bass, and also if you happen to own an Honor smartphone, the AirPods-like pairing feature is also a nice little perk.