If you’re shopping for a new smartphone and you look at your usual mainstream brands like Samsung, Oppo, Xiaomi, and so on, then you might be missing out on some hidden gems, such as AGM who not too long ago announced its latest smartphone, the AGM H5, which if you’re looking for a phone that’s inexpensive and packs some pretty awesome hardware, might be worth your consideration.

Before we dive into some of the features of the phone, here are the specs of the AGM H5: 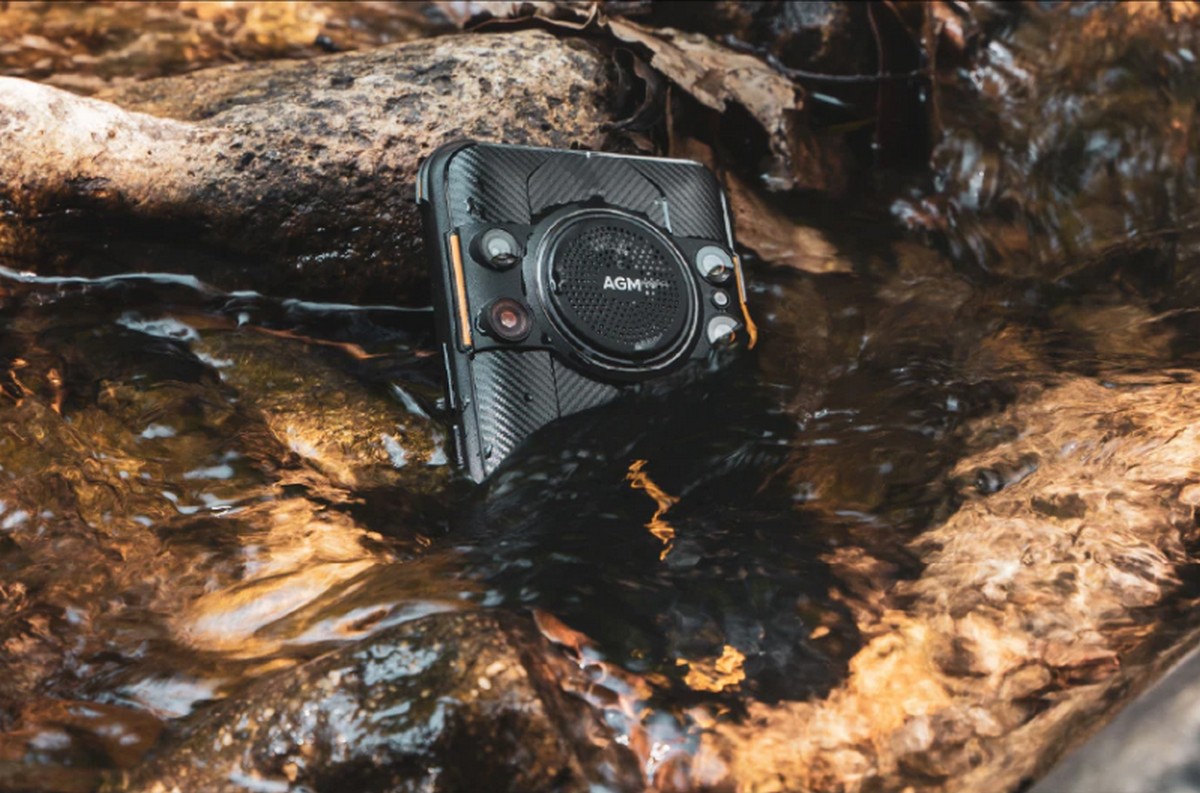 A lot of smartphones these days focus on looking sleek. There’s nothing wrong with that, but the problem with a lot of modern day designs is that they aren’t really designed to be durable or rugged, and that’s one of the things that separates the AGM H5 from the rest of the pack.

As you can see in the images, the AGM H5 has been designed in such a way so that should you ever drop it or bump it, it will be able to absorb the damage and remain functional. It looks like it has a case on it, but no, that’s the actual design of the phone itself! This means that you don’t need to spend extra money buying a rugged case.

In addition to its rugged exterior, AGM says that the H5 has MIL-STD-810H, IP68, and IP69K certification. This means that the phone is not only able to withstand drops, but it can also withstand dust and water ingress, along with high pressure and extreme temperature environments, so whether you’re out in the cold or in extremely hot climates, you can expect the H5 to keep running just fine.

AGM has also made sure to design the back of the H5’s body to mimic aramid fiber, a bulletproof material that is more commonly found in military equipment or used in aerospace engineering. Ultimately, this will make the back of the phone a lot harder to get scratched during your day to day operations. 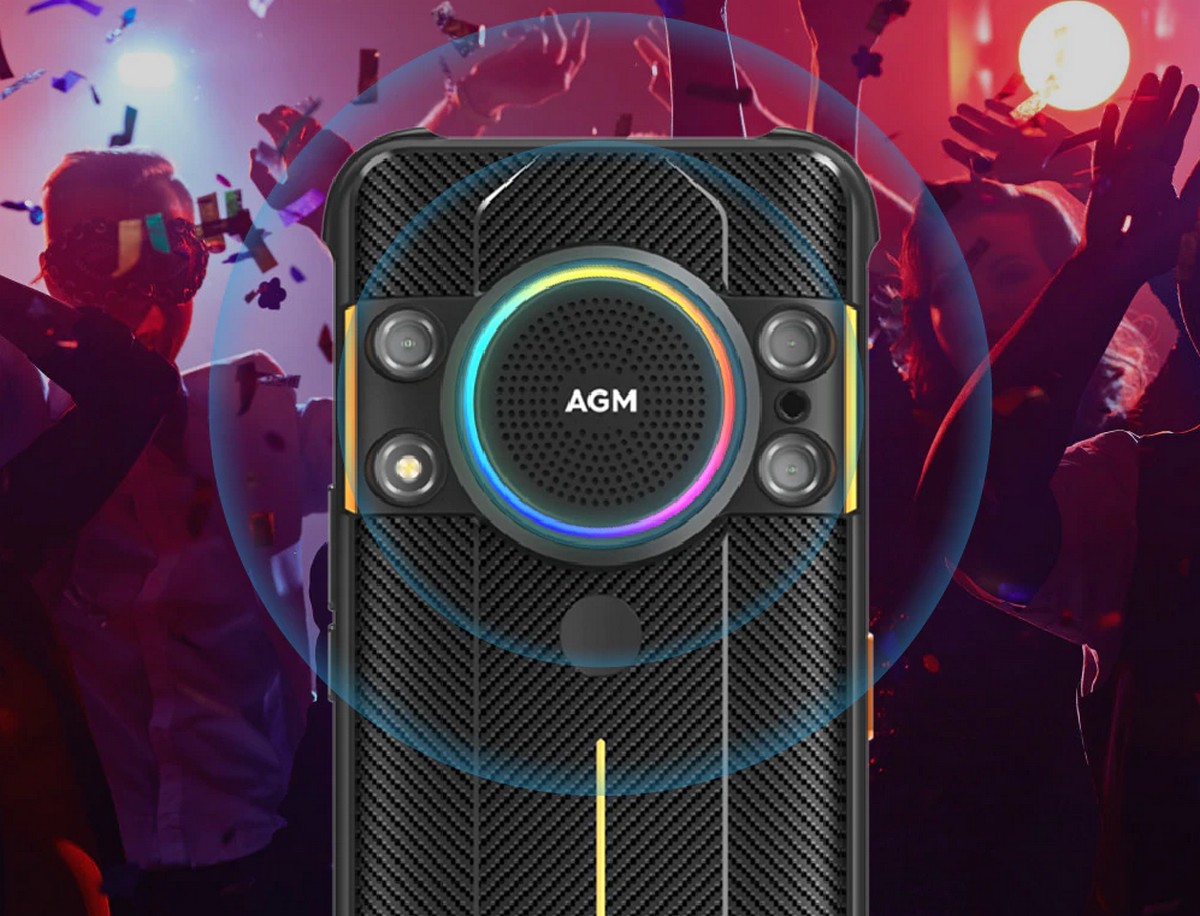 While one of the selling points of the phone is its rugged design, another awesome feature that we don’t really see too often in smartphones are a set of extremely loud speakers. How loud are we talking about? According to AGM, the H5’s built-in speakers are capable of going as loud as 109dB.

If you’re wondering what loud 109dB is, for context, laptops like the MacBook Pro top out at 85dB, the iPad at 84dB, a television at 117dB, and a fire alarm siren at 109dB, meaning that when maxed out, the H5’s speakers can be as loud as a fire siren which is pretty nuts when you think about it.

The 33mm speaker can be found on the back of the phone surrounded by a ring of LED lights, so if you’re looking to play some music or watch a video out in public, don’t worry, the speakers will actually be able to drown out the ambient noise. The upside to having such an insanely loud speaker is also that you’ll never miss another smartphone notification again – no more excuses for unread messages, emails, or unanswered calls! 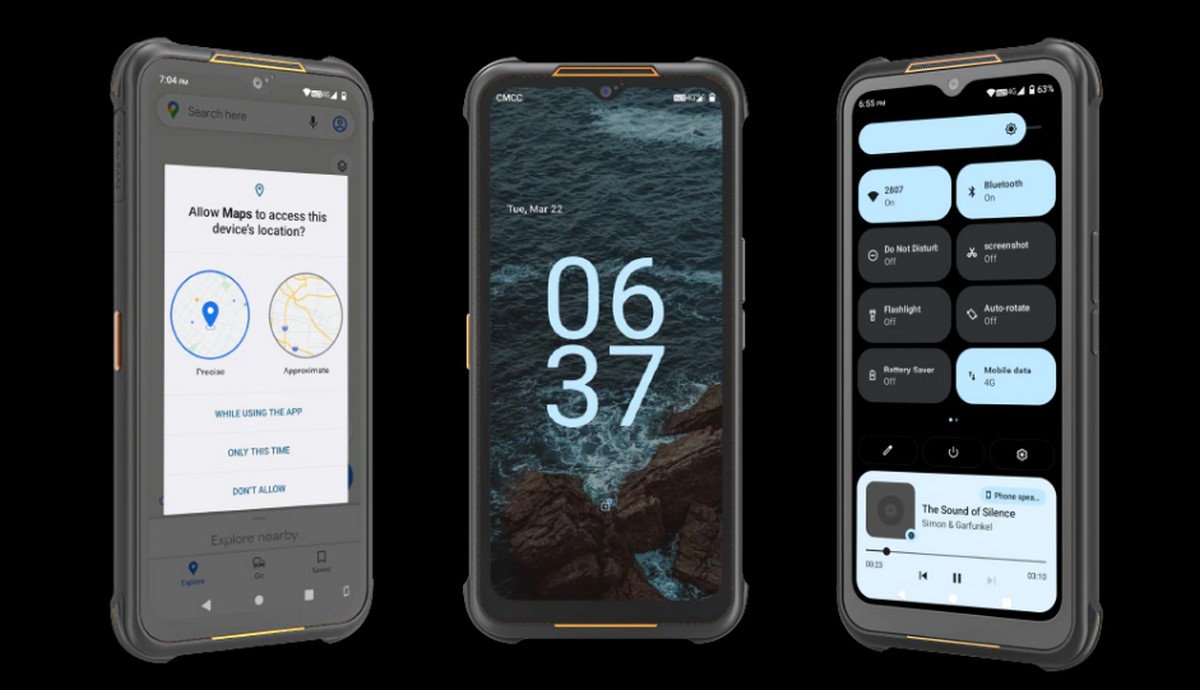 While some smartphone manufacturers have yet to issue the Android 12 update to their phones, AGM has launched the H5 with Android 12 in tow. As the cherry on the cake, AGM has not messed around with Android on the H5, giving users a stock Android experience minus all the junk apps that you probably will never end up using. 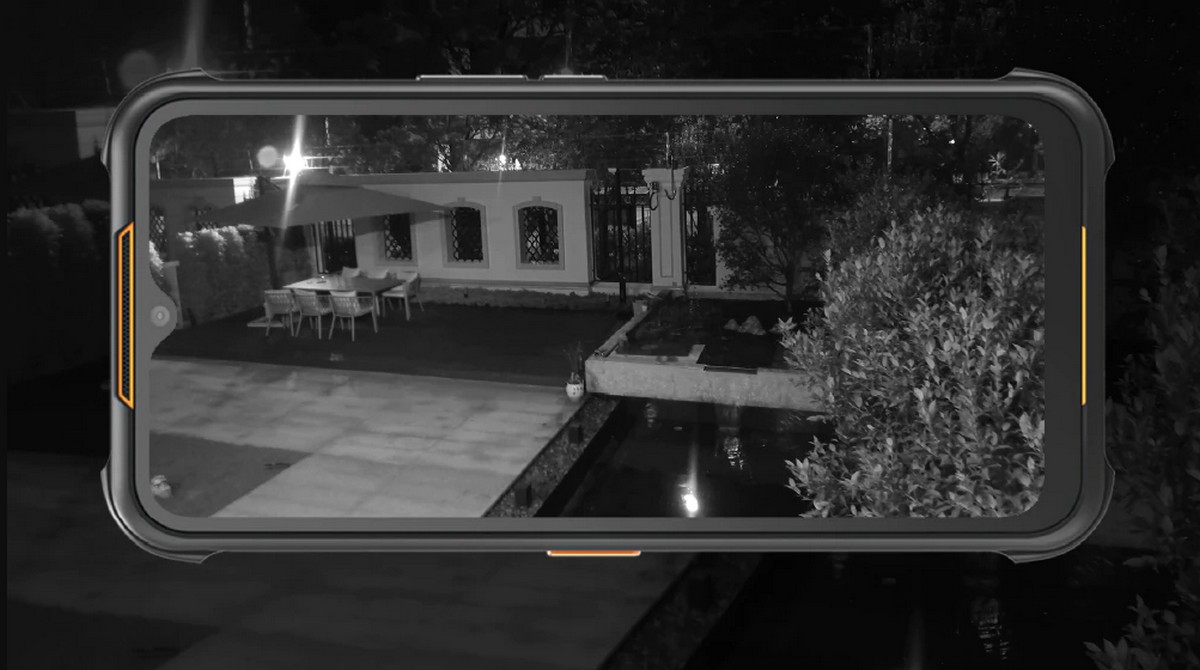 Due to the size of our smartphones, the sensors and lenses used are not on the same level compared to mirrorless or DSLRs. This is why smartphone makers usually need to rely on software to help optimize the cameras when it comes to low-light photography.

AGM is taking things one step further by equipping the H5 with a 20MP infrared night vision camera, allowing the camera to work in pure darkness. While we imagine that not everyone might need such a feature, having it there will come in handy and you will be thankful when the time does arise that you need the night vision camera.

The 20MP infrared night vision camera is also accompanied by a 48MP main camera with a sensor made by Samsung, a 2MP macro camera, and on the front, the H5 will be packing a 20MP sensor made by Sony. 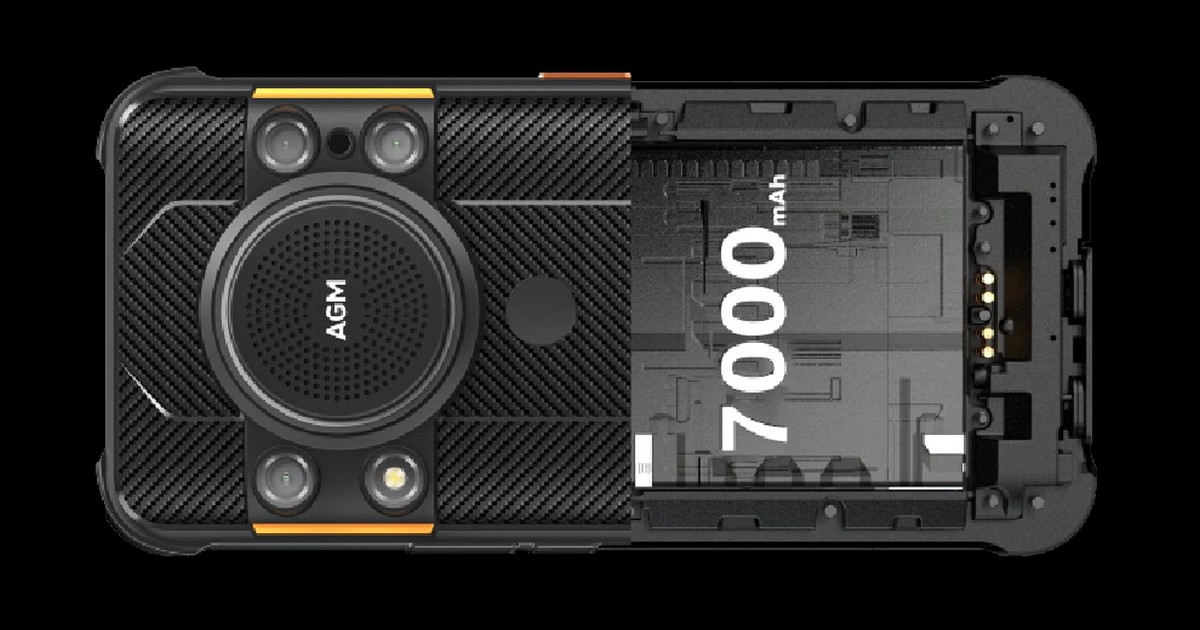 Battery life on smartphones has always been quite contentious. A lot of phones these days tend to focus more on power rather than efficiency, but AGM has packed the H5 with a massive 7,000mAh battery which is quite a rarity in today’s smartphone landscape where we usually see 4,000-5,000mAh in phones.

With a 7,000mAh battery, the company claims that the phone is good for 400 hours of standby time, meaning that assuming you do nothing with it, it will last you a little over two weeks. It also means that it will be capable of up to 150 hours of non-stop music playback, or 32 hours of video playback.

If you plan to take a long trip and have a long commute ahead of you, 32 hours should be more than sufficient to last you to your destination.