As far as Android smartphones go, there are only a few manufacturers willing to put out “rugged” devices, designed to withstand abuse and the elements. As such, Samsung has announced that it will be holding an online event on July 13, 2022, sharing a photo of what seems to be the Samsung Galaxy Xcover6 Pro and the Galaxy Tab Active 4 Pro. 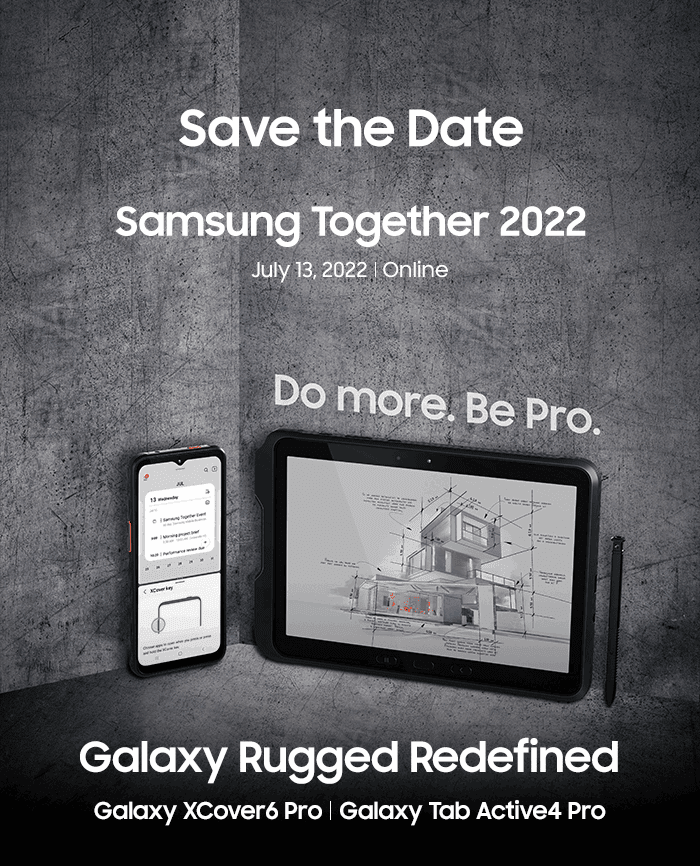 In addition to its rugged design, it’s expected that the Galaxy Xcover6 Pro will feature a TFT display with a notch for the front-facing camera, a dual-camera module at the back of the phone, 5G connectivity, and even a replaceable battery and 3.5mm headphone jack. Meanwhile, the Galaxy Tab Active 4 Pro will likewise feature a design wrapped inside a reinforced structure, as well as an S-Pen which is a nice addition.

Rugged phones are a bit of a rarity in the general smartphone market, with most manufacturers deciding to focus instead on more standard smartphone designs. In addition to Samsung’s Xcover and Tab Active lines, other brands like Motorola and Nokia also sell rugged smartphones like the Motorola Defy and Nokia XR20, which come with midrange specifications, in addition to rugged designs.

With that said, Samsung is expected to reveal the full specs list, pricing, and regional availability of the two devices at the event. Fans and Android users looking for a brand-new rugged device will have to do a bit more waiting, at least until the 13th of July.