Sony Xperia 1 IV unveiled as the ultimate smartphone for creators

The latest flagship smartphone from Sony was unveiled today, giving buyers another option if they’re looking for an ultra-premium smartphone. The Sony Xperia 1 iv is packed to the gills with features most of us dream of having, but the phone’s price tag reminds us why we can’t always have everything we want.

For a few years now, Sony’s shifted its focus from delivering smartphones for the general public to creating devices that showcase the best that Sony has to offer and fine-tuning a product that’s purpose-built for content creators and enthusiasts. The Sony Xperia 1 IV sticks to this formula again with features like a 120 fps 4K readout from all three of its cameras on the back, a true optical zoom camera, 4k display at 120Hz, and a whole lot more. 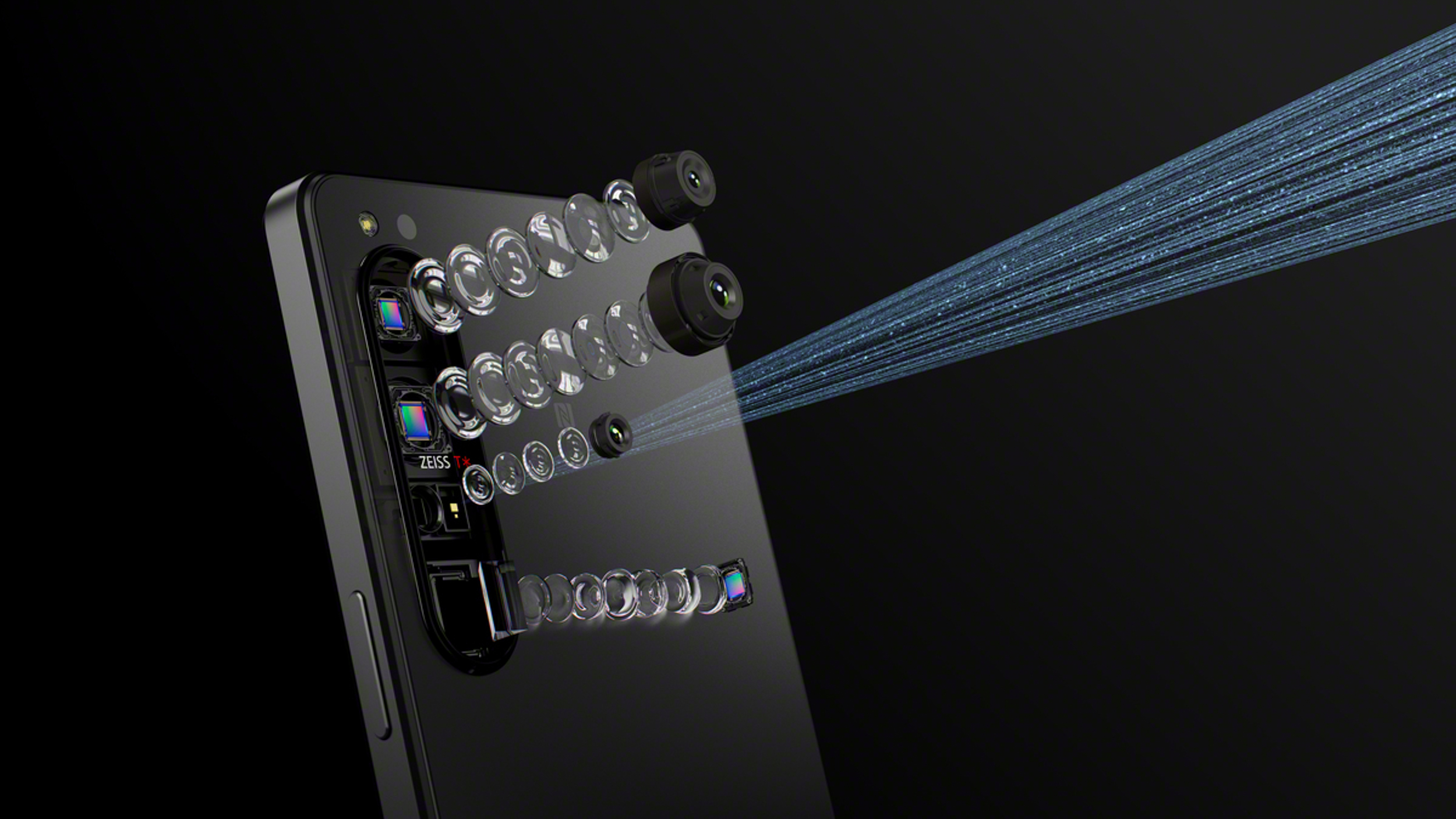 This is the second time we’ve seen an optical zoom lens from Sony, featuring a periscope camera module with a moving element, but this time the range has been extended between 85-125mm. Unlike the Sony Pro-I, the zoom element isn’t fixed to two specific focal points but allows for true zoom capabilities across the whole range, making this one of the most versatile smartphone cameras we’ve ever seen.

For video capture, users will be able to record at 4k/120fps, reducing rolling shutter for an incredibly smooth video that can be played back in slow motion or ramped up to regular playback speeds. And of course, Sony’s signature eye autofocus (for humans and animals) and object tracking have been implemented as well to ensure your subject is always in perfect focus. 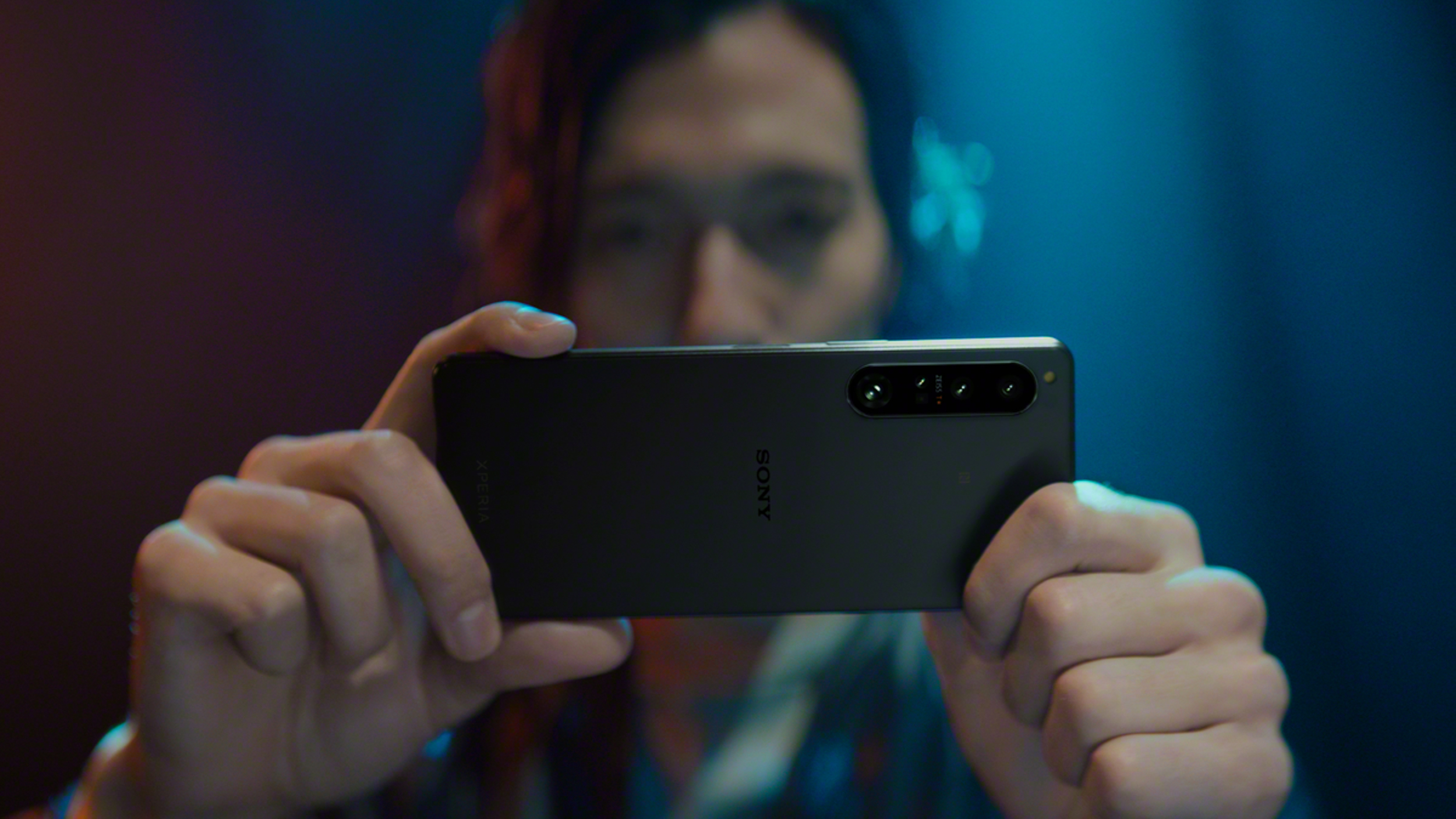 Sony has also added a new Live Streaming capability inside its Videography Pro app. Once you enter your account details for your streaming service of choice, you’ll be able to stream directly from the rear cameras or the selfie camera as well, giving you manual control over camera features while you stream. Live streaming can also be used with the external monitor app while connected to your Sony Alpha 7IV via USB, enhancing the versatility of its latest mirrorless camera as well.

Naturally, Sony is keeping the dedicated shutter button on the side of the phone with the volume rocker doubling as camera zoom controls when the camera app is enabled 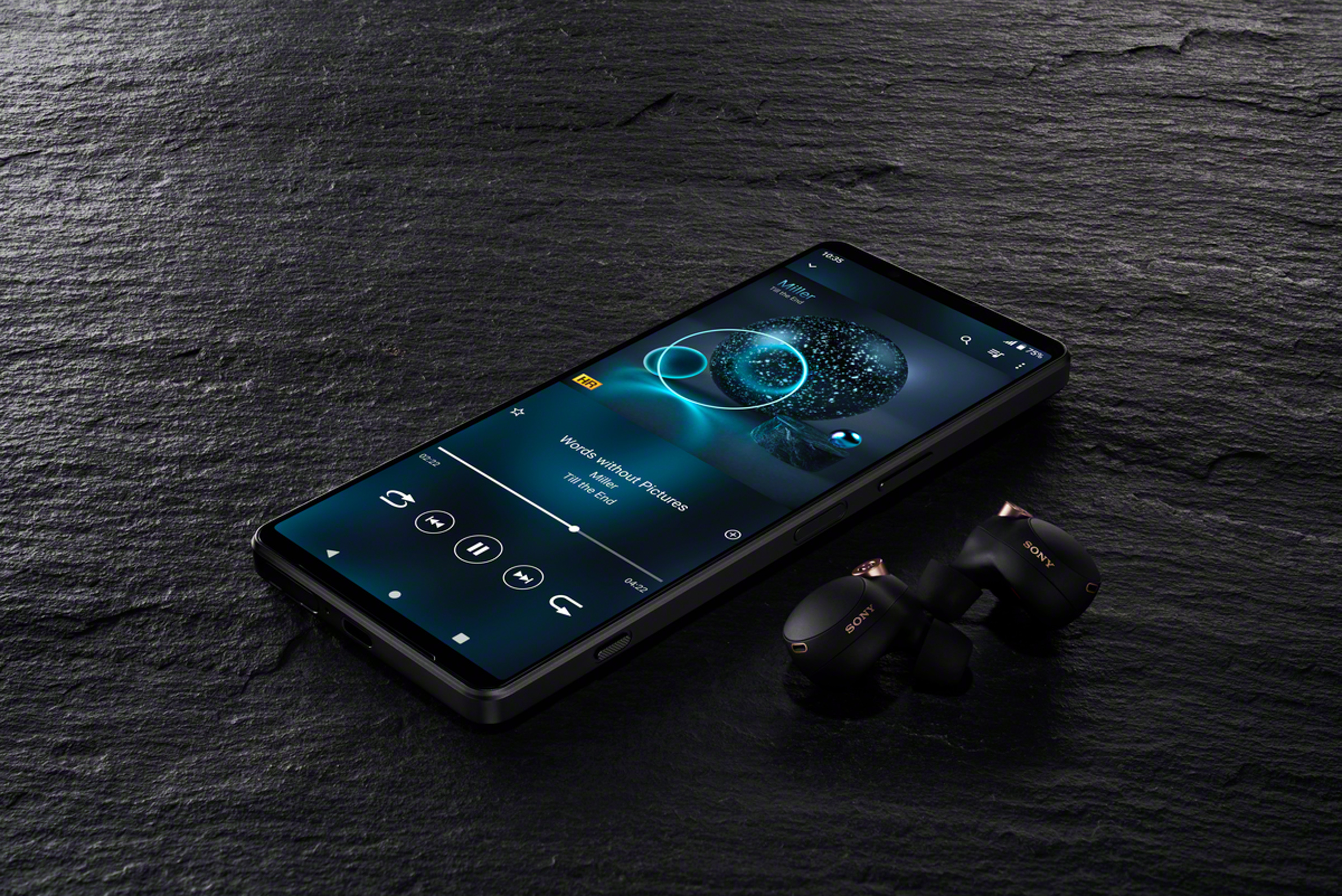 As mentioned already, Sony Xperia 1 IV sports a 4K OLED display with 120Hz refresh rate, 240Hz motion blur reduction and 240Hz touch sampling. Sony is also bringing back the 21:9 aspect ratio we’ve seen on its previous models, giving you a wider view of your surroundings when you are playing games. Anyone who’s used a 21:9 display will know how beneficial the wider field of view can be in first-person shooters since you’d essentially be able to see just a bit over your shoulder when others can’t.

The 6.5-inch display is 50% brighter than its predecessor, something that will definitely be noticeable since the display on SOny’s previous device was considered to be quite dim when compared to the competition. 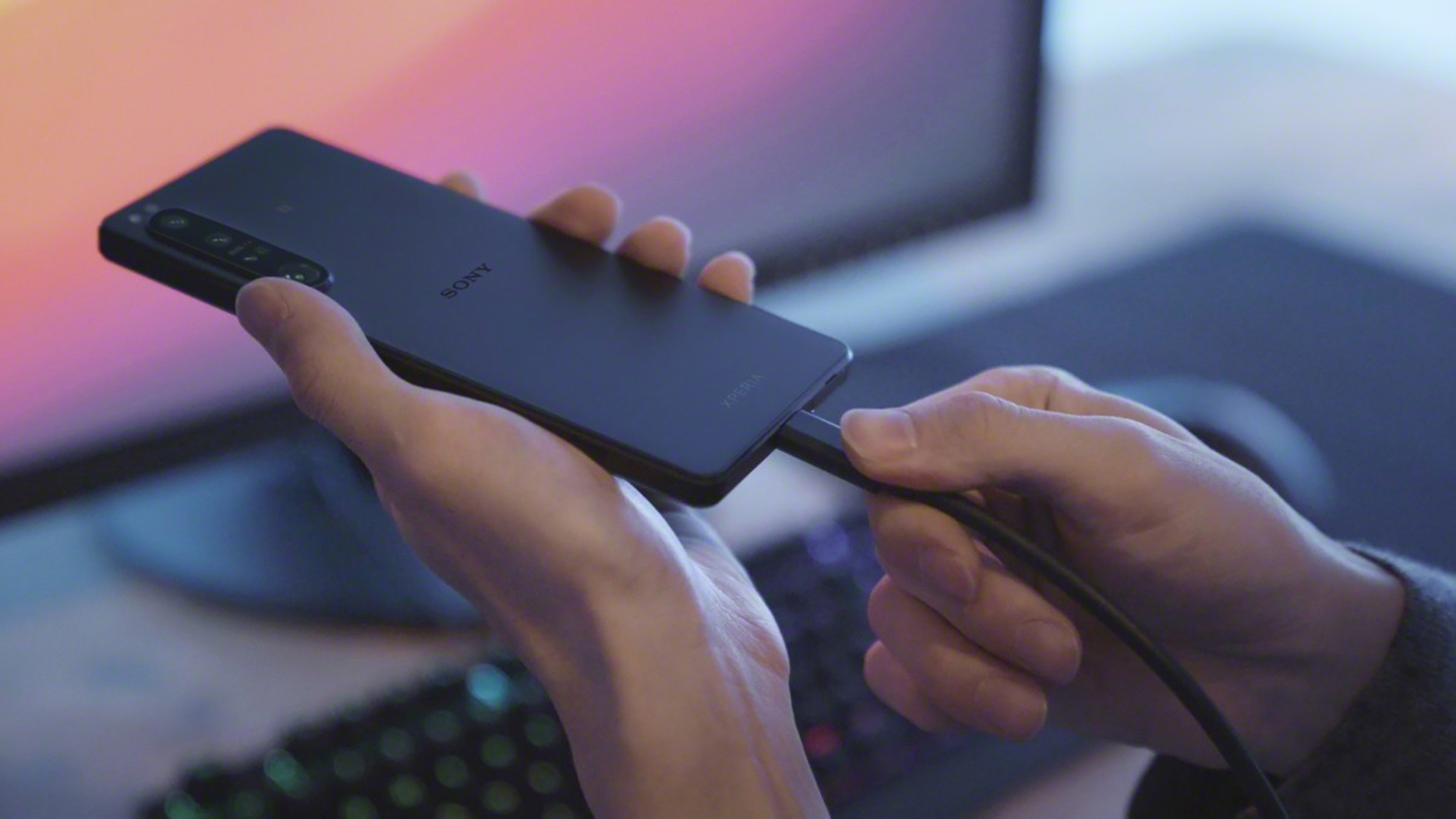 Sony is also putting in a bit of extra work to make sure the device is appealing to gamers as well, allowing for passthrough charging while gaming. When the feature is enabled, when plugged in, the phone will use the power to simply maintain the battery rather than charge it to reduce excess heat and allow for maximum performance from the Snapdragong 8 Gen 1 chipset. The 5,000 mAh battery should be able to keep the phone powered for a full day, but you will get fast charging (30W delivering a 50% charge in 30 minutes) and wireless charging even though Sony’s following in Samsung and Apple’s footsteps by removing the charging brick and from the box.

The other notable gaming feature that’s being added is a dedicated streaming capability that’s incorporated into Sony’s Game Enhancer app. Users will be able to customize the streaming UI with different colors and even show live chat messages on the screen from the streaming service they are connected to.

For connectivity, the Sony Xperia 1 IV will feature 5G, mmWave, sub-6 and c-band and should be compatible with all three major service providers in the US. It’ll also support LDAC High Res Audio over Bluetooth and will be ready for Bluetooth LE audio when it finally rolls out Bluetooth headphones and earbuds. Of course, if you’re an audiophile, you’ll probably just want to use your wired headphones thanks to the 3.5mm headphone jack. 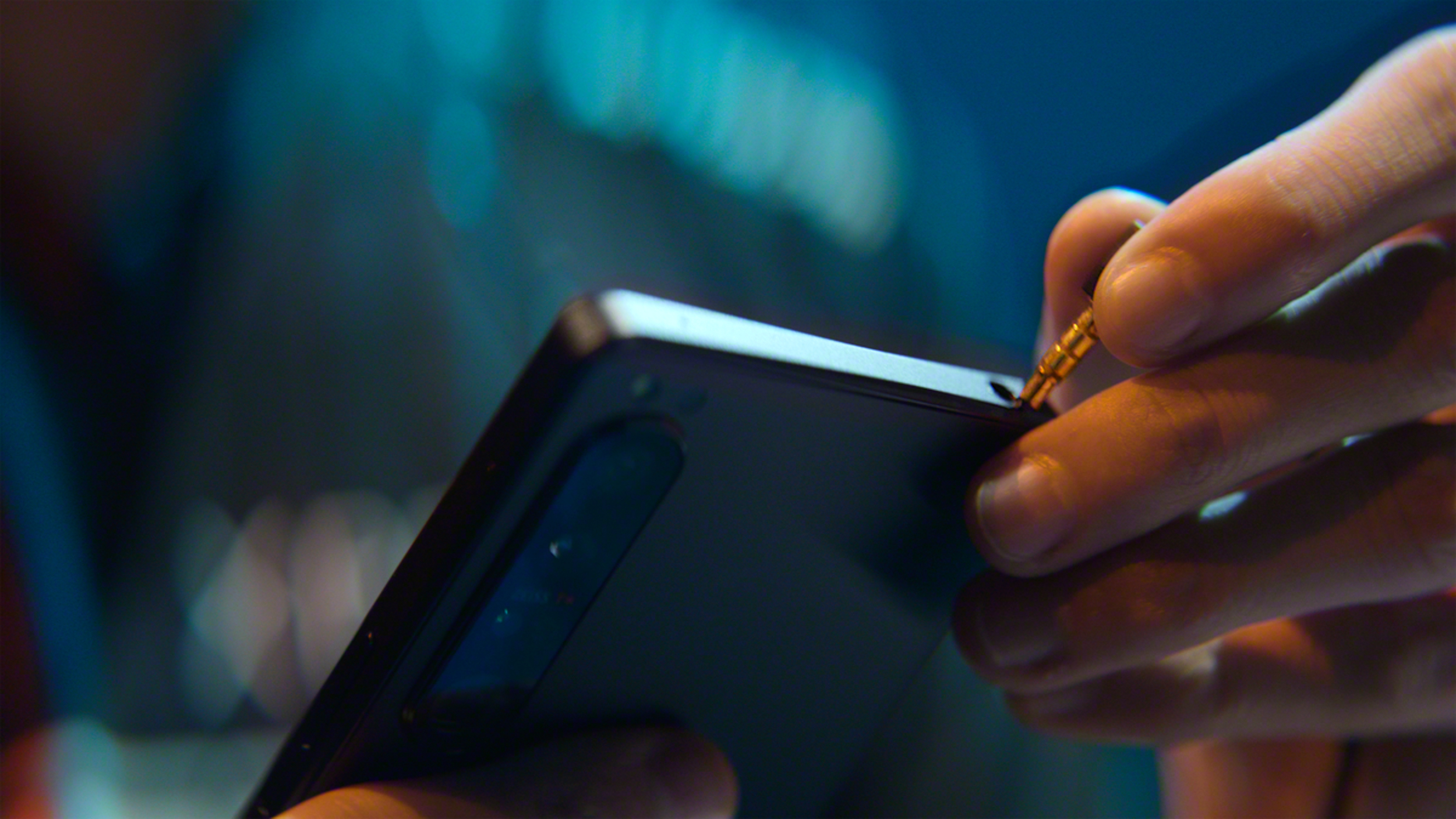 As we noted at the beginning of this article, all these features come at a pretty significant cost. The Sony Xperia 1 IV is listed at $1599.The good news is that Sony will be giving away a paid of its WF1000M4 noise-canceling earbuds (valued at $280) with every pre-order of the smartphone.

The device will officially be heading to the US market on September 1, but buyers in Europe and Japan should be able to get their hands on the Sony Xperia 1 IV in early summer. 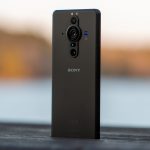