Alongside today’s announcement of the Galaxy S22, Samsung also unveiled its lineup of flagship tablets with the Galaxy Tab S8. Not only will these tablets complement your devices perfectly, but there’s a new sheriff in town with the Galaxy Tab S8 Ultra. This device is set to change the way that you work, draw, or just enjoy your favorite movies.

Galaxy Tab S8 and S8 Plus 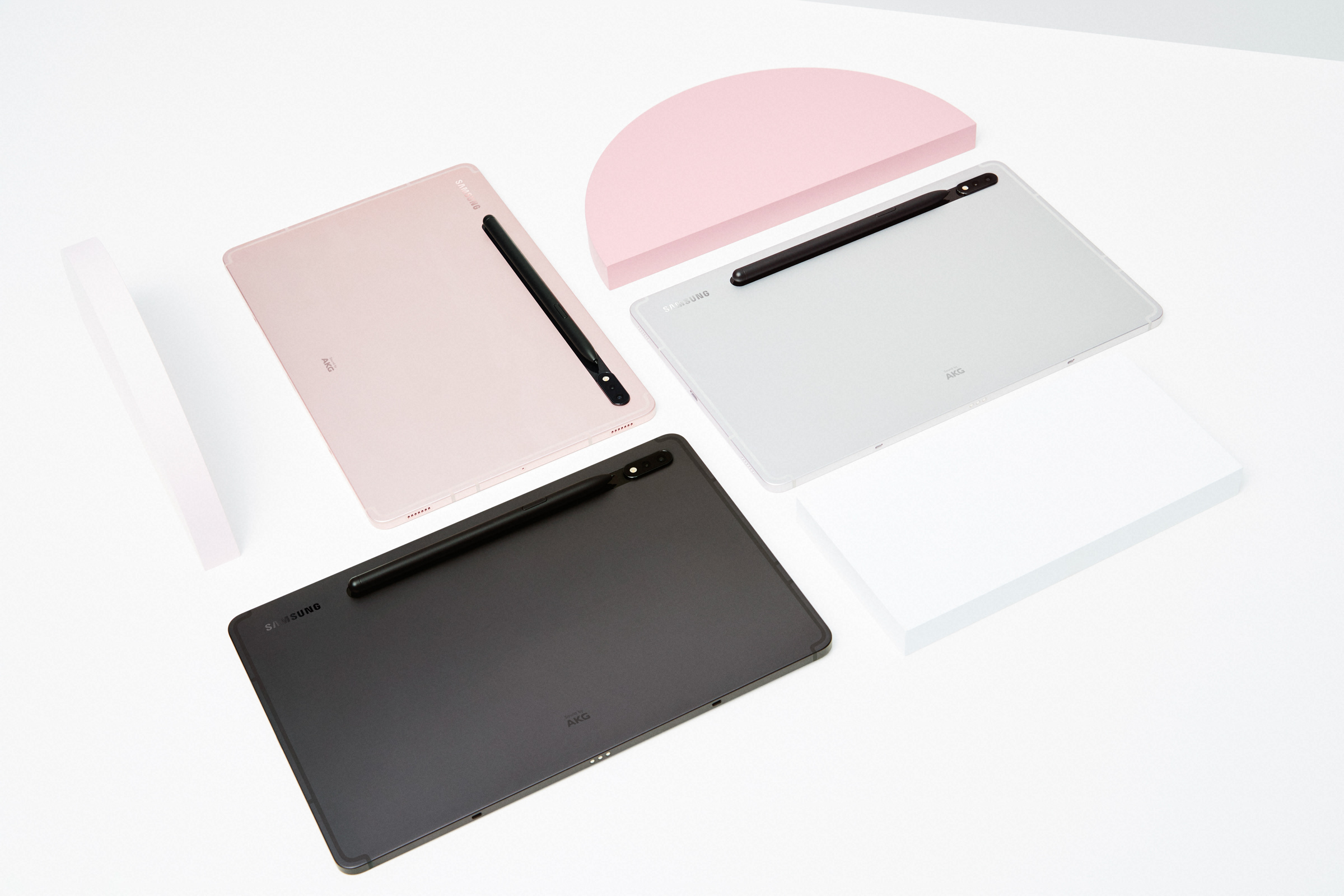 Much like the Galaxy S22 and S22+, Samsung’s entry-level and middle options with the Tab S8 lineup don’t offer much in way of excitement. There are the usual upgrades as they are both now powered by Qualcomm’s Snapdragon 8 Gen 1. But visually, you might not even be able to tell the difference between these tablets and their predecessors.

The aforementioned processor is paired with up to 12GB of RAM along with up to 256GB storage that can be expanded even further thanks to the built-in microSD card slot. Battery life is pretty inconsequential as well here, with the Tab S8 sporting an 8,000mAh cell and the Tab S8+ using a much-larger 10,090mAh. Additionally, you won’t have to worry about any slower charging speeds with either of these tablets, as Samsung has implemented its Super Fast Charging reaching rates of up to 45W.

This difference in battery size is a bit easier to understand when you know that the Tab S8 uses an 11-inch LCD display, while the Tab S8+ makes use of a 12.4-inch Super AMOLED panel. And on the bright side, both of these tablets include an Adaptive Refresh Rate of up to 120Hz.

Other features of the Tab S8 and Tab S8+, from a hardware perspective, include improved front-facing and rear-facing cameras. On the front, we have a 12MP ultra-wide lens that will make it much easier to participate in video calls without looking like you’re recording with a potato. The rear lenses are comprised of a 13MP wide-angle sensor complete with Auto-Focus, along with a 6MP ultra-wide sensor. 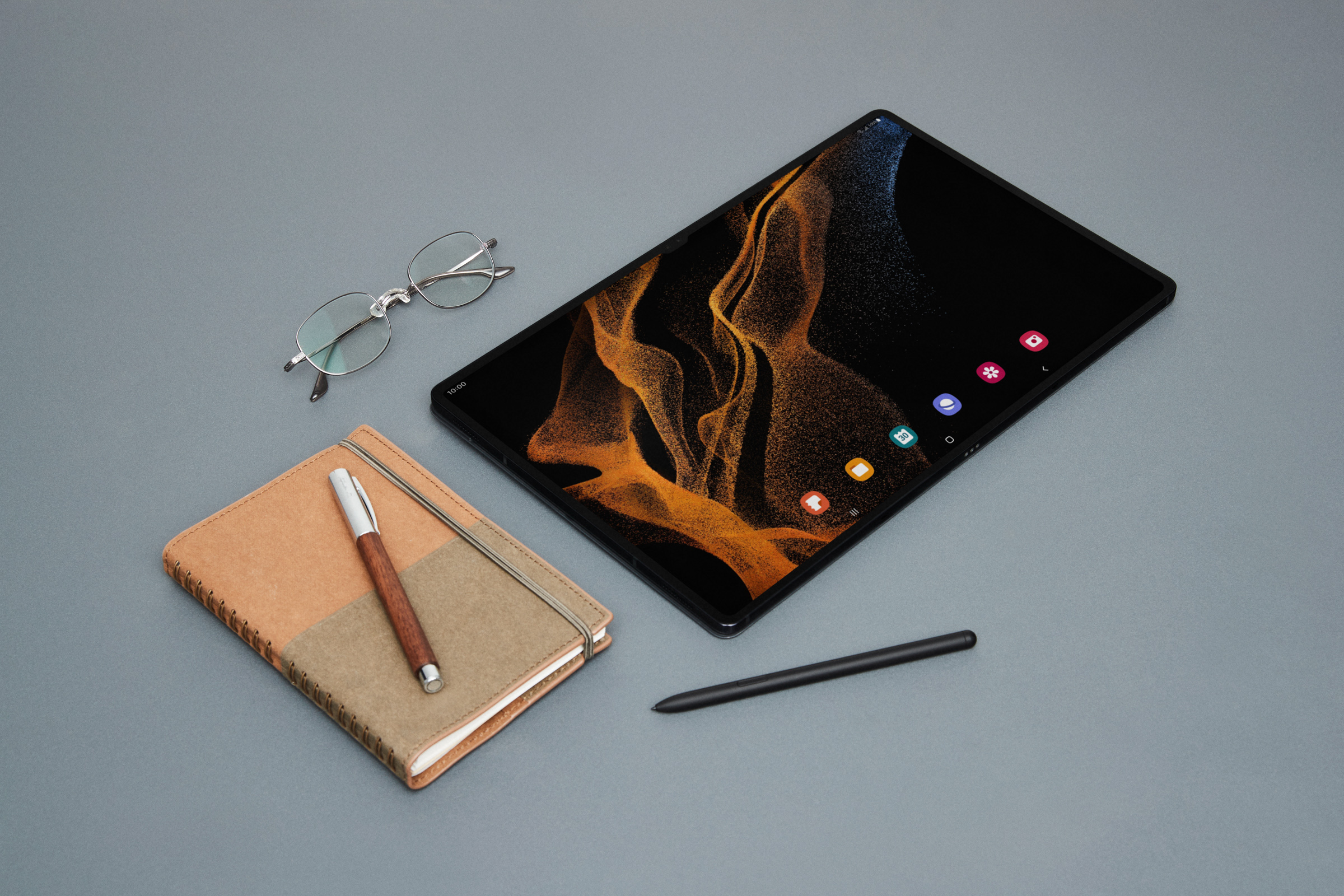 There’s a new addition to Samsung’s flagship tablet lineup, and it’s here to take on Apple’s iPad Pro head-on. The Galaxy Tab S8 Ultra features a massive 14.6-inch Super AMOLED display, complete with a fast 120Hz Adaptive Refresh Rate. This will make for an incredible experience regardless of whether you’re using DeX or just want to get some actual work done on your tablet instead of a laptop or desktop.

Speaking of which, Samsung has taken some of the software changes from the Galaxy Z Fold 3 to make multitasking on the Tab S8 Ultra even easier. Simply drag and drop windows around for getting work done with multiple windows. Samsung is also making it faster and easier than ever for your Galaxy Tab S8 and Galaxy S22 to work together. You can snap a picture on your phone and have it instantly appear on your new tablet to edit it with the included S Pen. 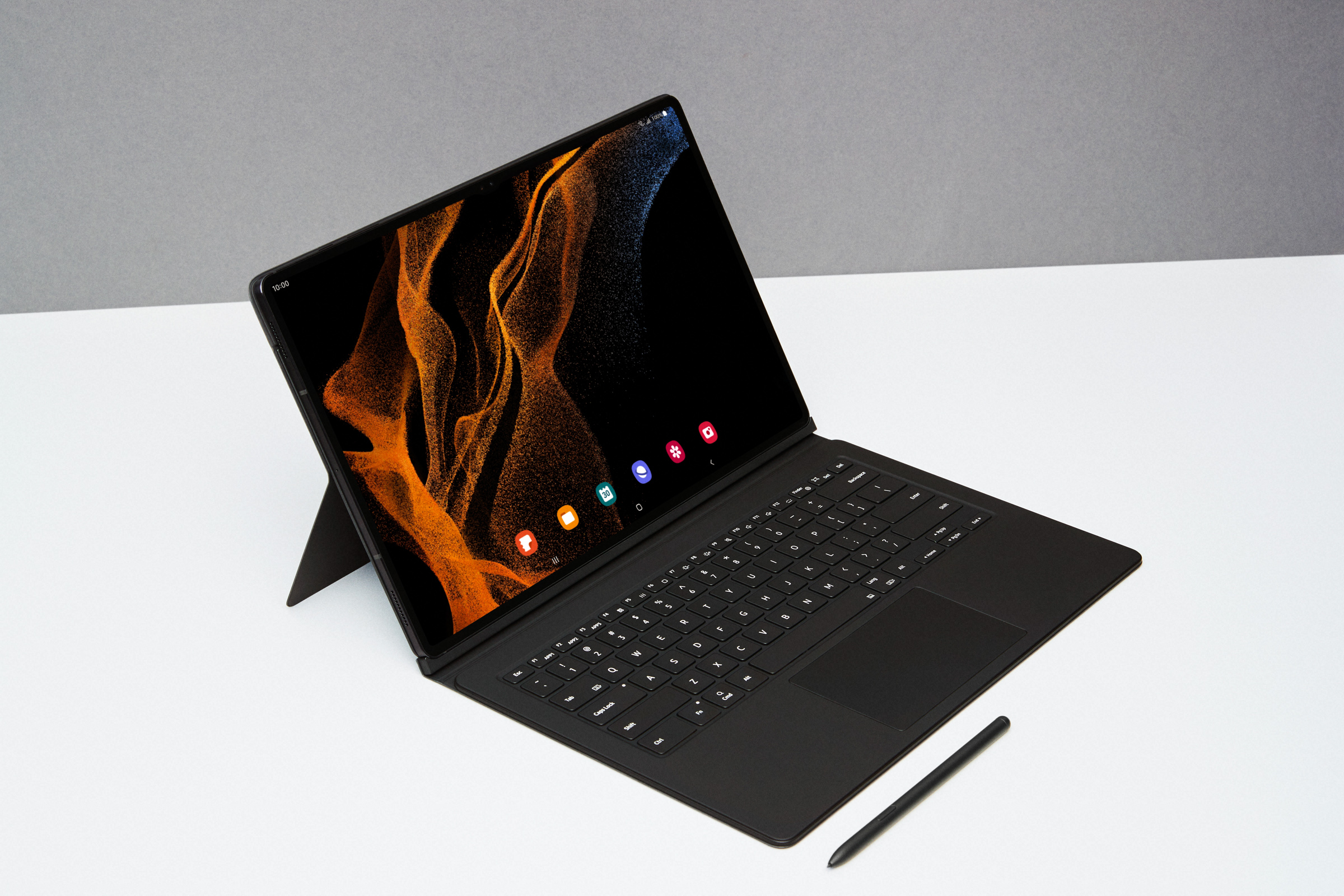 In terms of power, you’re getting the Snapdragon 8 Gen 1 chipset, just like the rest of Samsung’s newly-announced devices. But you’ll be able to pair that processor with up to 16GB of RAM and 512GB of storage which can also be expanded via the built-in microSD card slot. This can truly transform how you get work done, regardless of whether you are at home, or on the road.

You might notice a bit of a notch at the “top” of the Tab S8, and it’s definitely for a good reason. Samsung has integrated dual front-facing cameras with a 12MP wide-angle and 12MP ultra-wide sensor. Thanks to the included cameras, Samsung is bringing a feature known as Intelligent Auto-Framing Technology that will instantly focus on the subject of a video call, but also adjusts when someone else enters the frame. 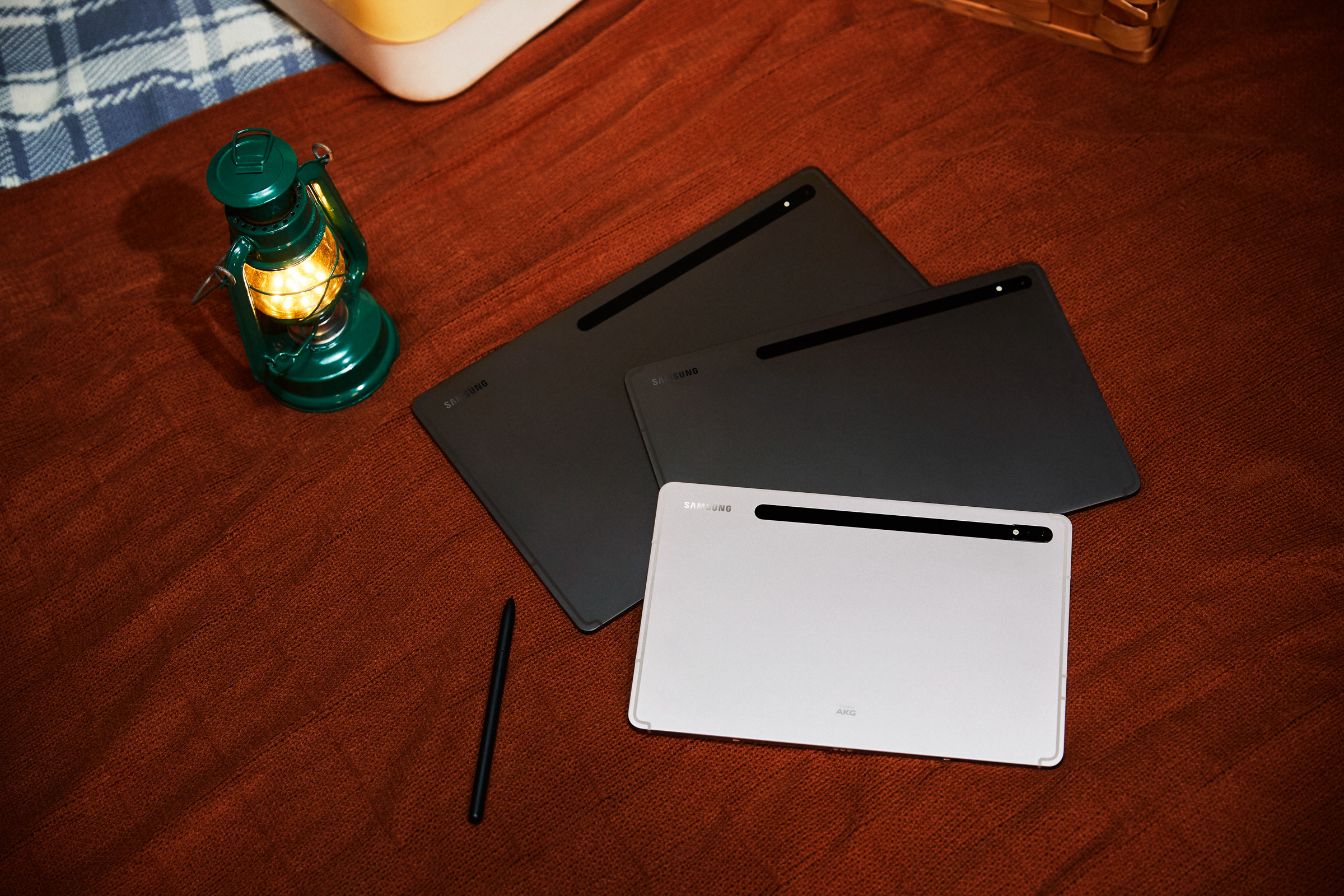 The Galaxy Tab S8 Ultra might stand alone in a lot of ways, but it shares much of the same DNA as the two other options in the Tab S8 lineup. For one, both the Tab S8+ and Ultra feature an on-display fingerprint scanner for increased security. The standard Tab S8 still includes a fingerprint scanner, but it’s instead built into the Side Key (power button).

As expected, all three of these tablets include an S Pen in the box, removing the need to go and purchase one after the fact. And the S Pen magnetically connects to the back of your Tab S8, not only offering a place to house the stylus when it’s not in use but also to keep it charged and at the ready.

All three of these tablets include an S pen BLE, while also being available with either Wi-Fi 6E only or Wi-Fi + 5G cellular version. All also support Bluetooth v5.2, come with a built-in USB-C 3.2 port, and include quad stereo speakers with sound by AKG that is Dolby Atmos compatible.

Matching up with what we’ve seen from the Galaxy S22 lineup, all three of the Galaxy Tab S8 options are available for pre-order starting today. The Galaxy Tab S8 comes in at $699, with the Tab S8+ upping things to $899 at the base configuration. Those wanting the largest and most powerful Galaxy Tab we’ve ever seen will have to fork out a whopping $1,099. But on the bright side, Samsung is making it possible for you to save 25% on one of these tablets if you pre-order the Galaxy S22 at the same time.

And if you’re looking for even more savings, use our exclusive link below to save an extra $50 when you pre-order any of the options in the Galaxy Tab S8 lineup!