The day has finally arrived. Samsung has officially unveiled its trio of devices that are likely to set the expectations for what a flagship phone should look like in 2022. The Galaxy S22, S22+, and S22 Ultra all were shown off during Samsung’s Galaxy Unpacked, the company’s first standalone event of the year.

Unfortunately, it seems as those rumors and leaks got everything pretty much on the nose. But let’s dive into what the Galaxy S22 lineup has to offer this year. 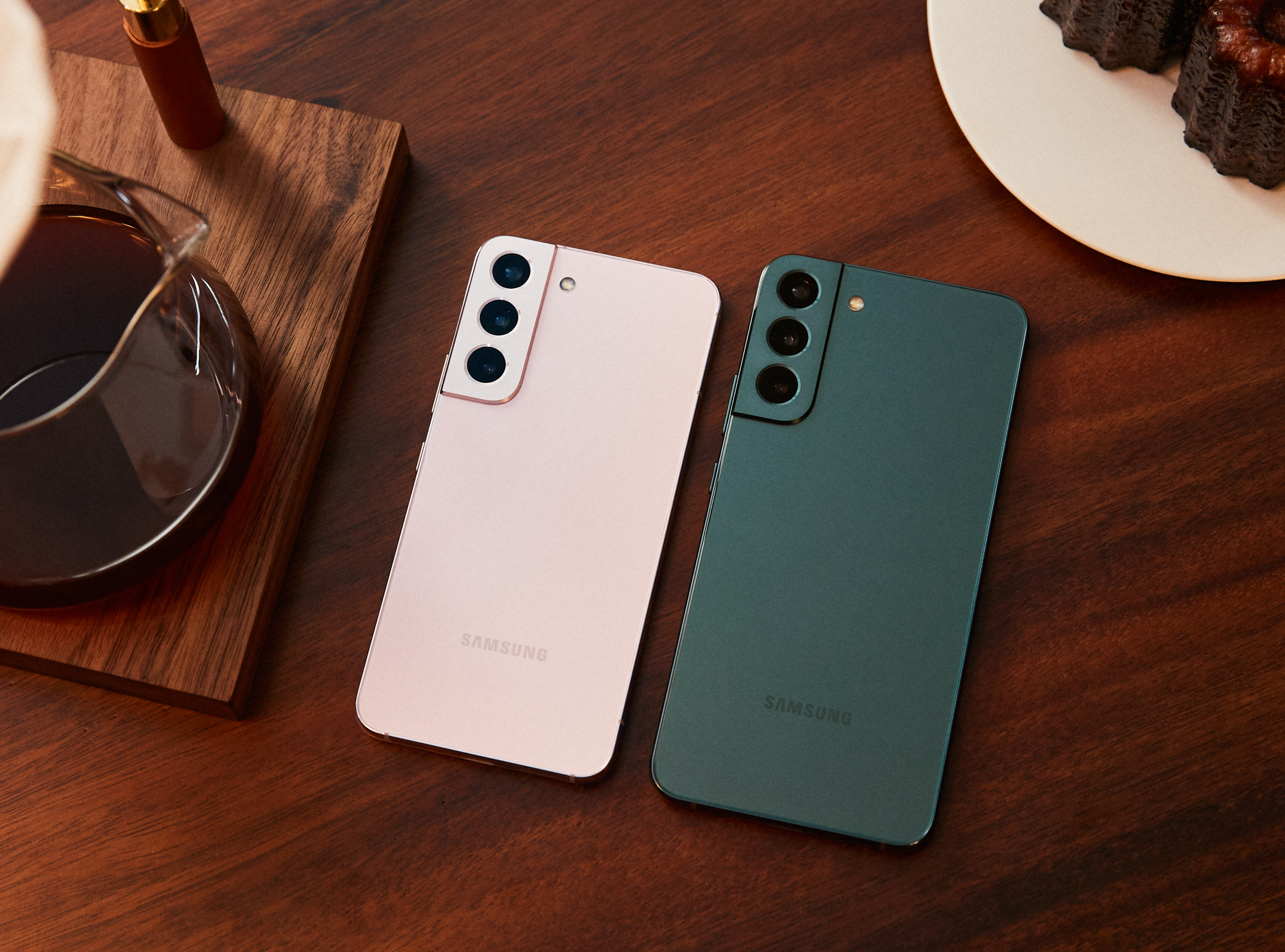 Kicking things off, we have the “normal” upgrades coming via the Galaxy S22 and S22+. Essentially, these new devices offer pretty much the same design as their predecessors with the unique camera hump on the back and different finishes. What is a bit different this year is that it seems that Samsung opted to flatten the edges a bit compared to previous years. This is a rather big change for Samsung, and the Android space in general, and while the edges have been flattened a bit, it’s still nowhere near as drastic as what you might find on the iPhone 13 series.

Samsung is well-known for making many of the best displays found on pretty much any smartphone, and that trend continues into 2022. The Galaxy S22 sports a 6.1-inch Dynamic AMOLED 2X display, coming in with an FHD+ resolution. The Galaxy S22+ offers a bit more screen real-estate with its 6.6-inch display, also using an FHD+ resolution and AMOLED panel. The Dynamic portion of the display is important here, as both of these phones provide a variable refresh rate that automatically switches between 10Hz and 120Hz. 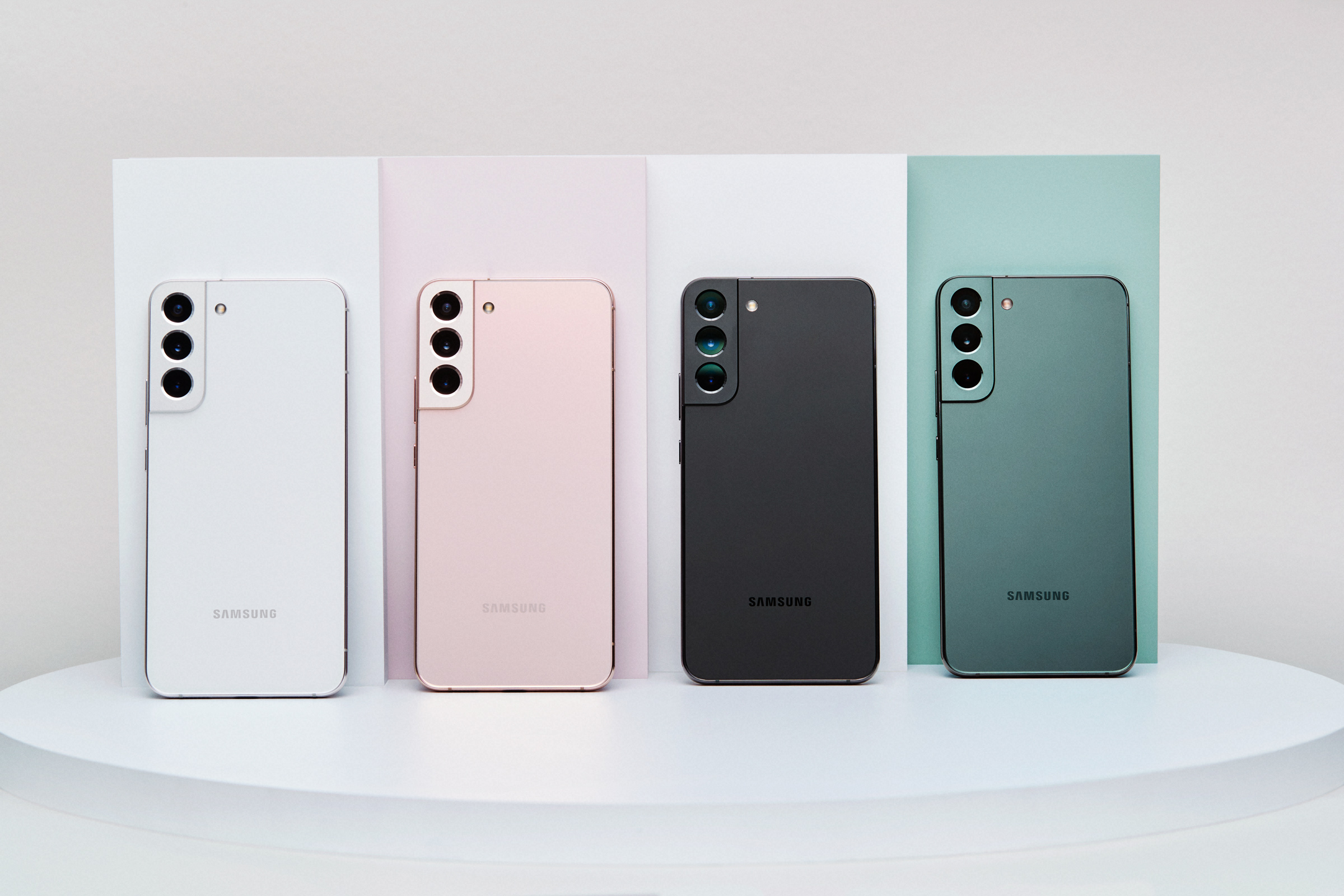 Under the hood, the Galaxy S22 and S22+ are powered by either the Snapdragon 8 Gen 1 chipset or the Exynos 2200, depending on what region you live in. These processors are paired with 8GB of RAM and either 128GB or 256GB of non-expandable storage.

Both devices share the same triple camera setup on the back, along with using the same hole-punch selfie camera. The rear camera system is headlined by a 50MP lens, complete with OIS and an f/1.8 aperture. This is accompanied by a 12MP ultra-wide lens, sporting a 120-degree Field of View, along with a 10MP telephoto sensor capable of providing 3x optical zoom. On the front, we have a rather basic 10MP lens with an 80-degree FoV and an f/2.2 aperture.

Battery life is where things start to get a little bit interesting for Samsung’s latest handsets. The Galaxy S22 is equipped with a 3,700mAh cell, while the Galaxy S22+ (with its larger screen) gets a 4,500mAh battery. Those interested in the smallest phone of the bunch will be limited to the same 25W charging speeds that we’ve seen in recent years. However, Samsung is finally bringing faster wired charging to the Galaxy S22 Plus, reaching speeds of up to 45W.

Other features of the Galaxy S22 and S22+ include 15W wireless charging, an IP68 water and dust resistance, an in-display ultrasonic fingerprint scanner, and Wi-Fi 6E support. But the Galaxy S22+ gets one more advantage, as it includes Ultra Wide Band support, something that is not available in the standard Galaxy S22. 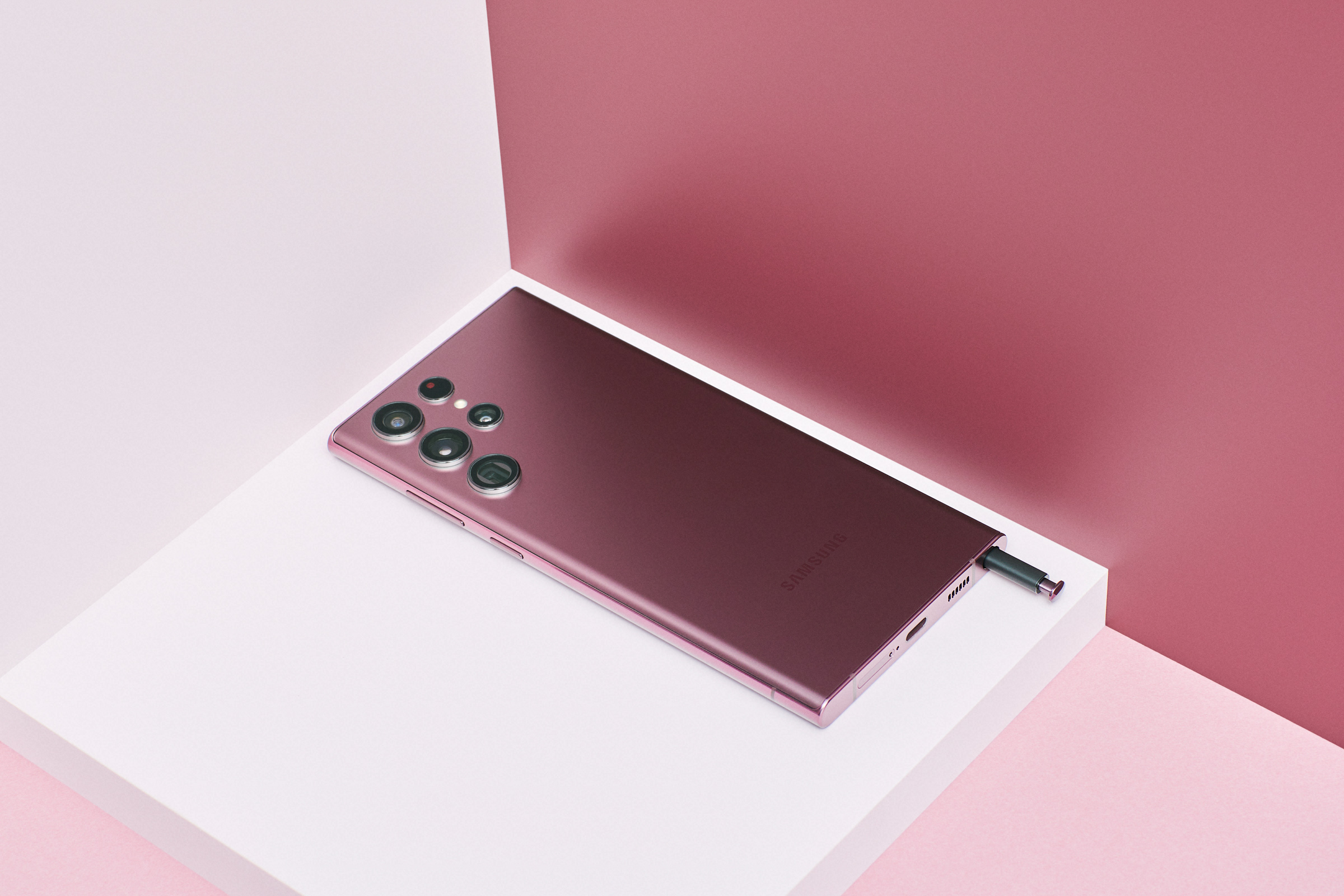 We knew it was coming, and it’s only been a matter of time. But Samsung has seemingly officially put the final nail in the coffin for the Galaxy Note lineup, and it’s all thanks to the Galaxy S22 Ultra. This behemoth of a phone truly offers “the best of the best” that Samsung has to offer in a slab smartphone.

You’ll enjoy a massive 6.8-inch Dynamic AMOLED 2X display sporting a QHD+ resolution and a variable 120Hz refresh rate. But Samsung is also using a different type of AMOLED panel with the Ultra model, as the refresh rate automatically adjusts between 1Hz and 120Hz, while also featuring 240Hz touch sampling when in Game Mode.

Under the hood, you’ll find the Snapdragon 8 Gen 1 or Exynos 2200, depending on your region. This is paired with either 8GB or 12GB and up to a whopping 1TB of storage. Unfortunately, the model with 1TB of storage will only be available in select markets. Those who want more RAM will need to up the ante a bit, as the 12GB options start in configurations using 256GB of storage. 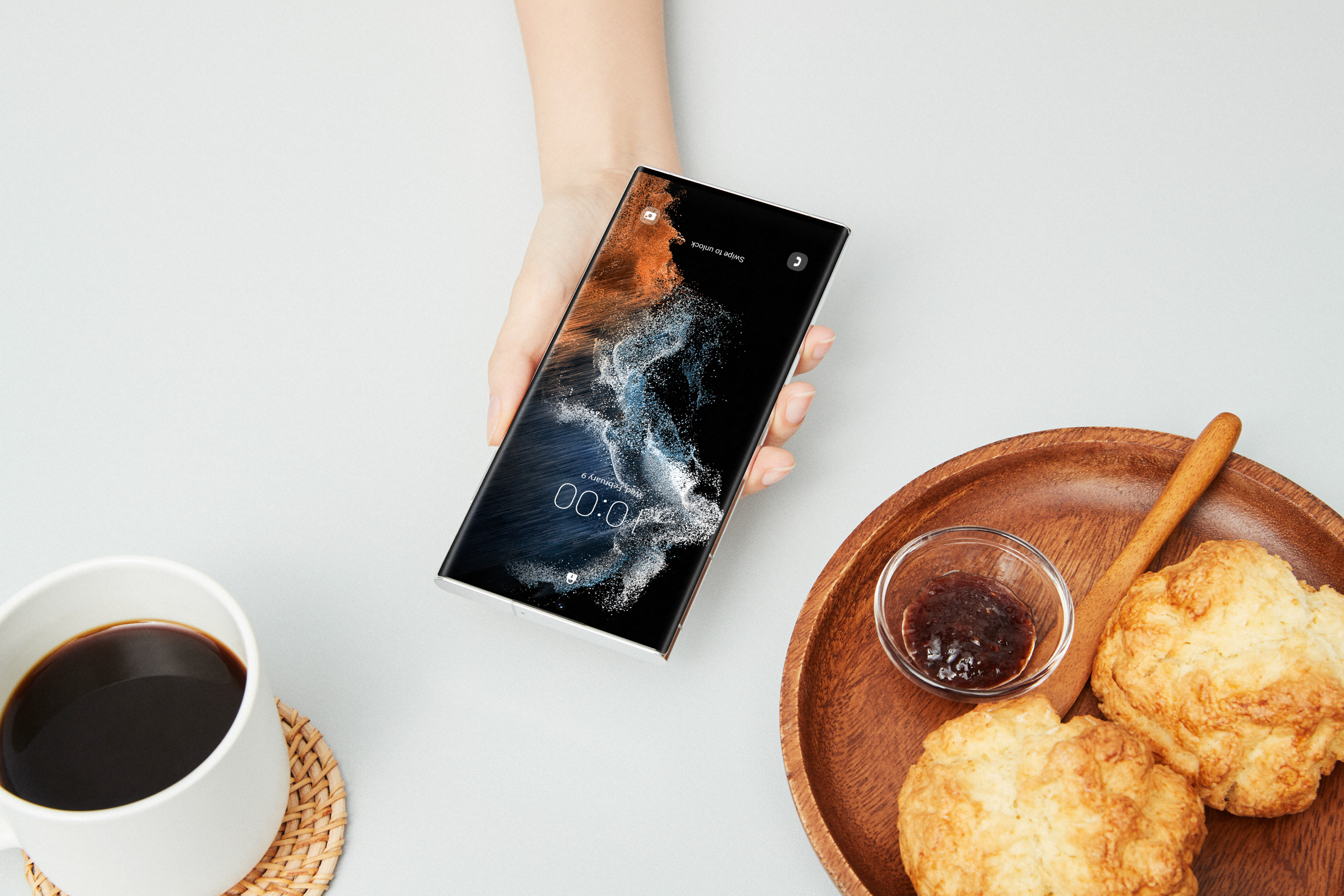 While Samsung is keeping the same 5,000mAh battery capacity from the Galaxy S21 Ultra, there are quite a few improvements on that front, too. The biggest improvement is the increased 45W charging speeds, up from the 25W charging found in last year’s model. Samsung claims this will provide a 50% charge in just 20 minutes, while also using AI-enhanced connectivity to provide up to 30% better power consumption for a longer-lasting battery throughout the day.

There’s a lot of ground to cover with the Galaxy S22 Ultra, but let’s kick things off with the included S Pen. Samsung has amazingly lowered the response time to a mere 2.8ms, which is down from the 9ms found previously. This was made possible thanks to Samsung’s use of upgraded Wacom components, along with the ability for your phone to anticipate the direction that you are writing or drawing. 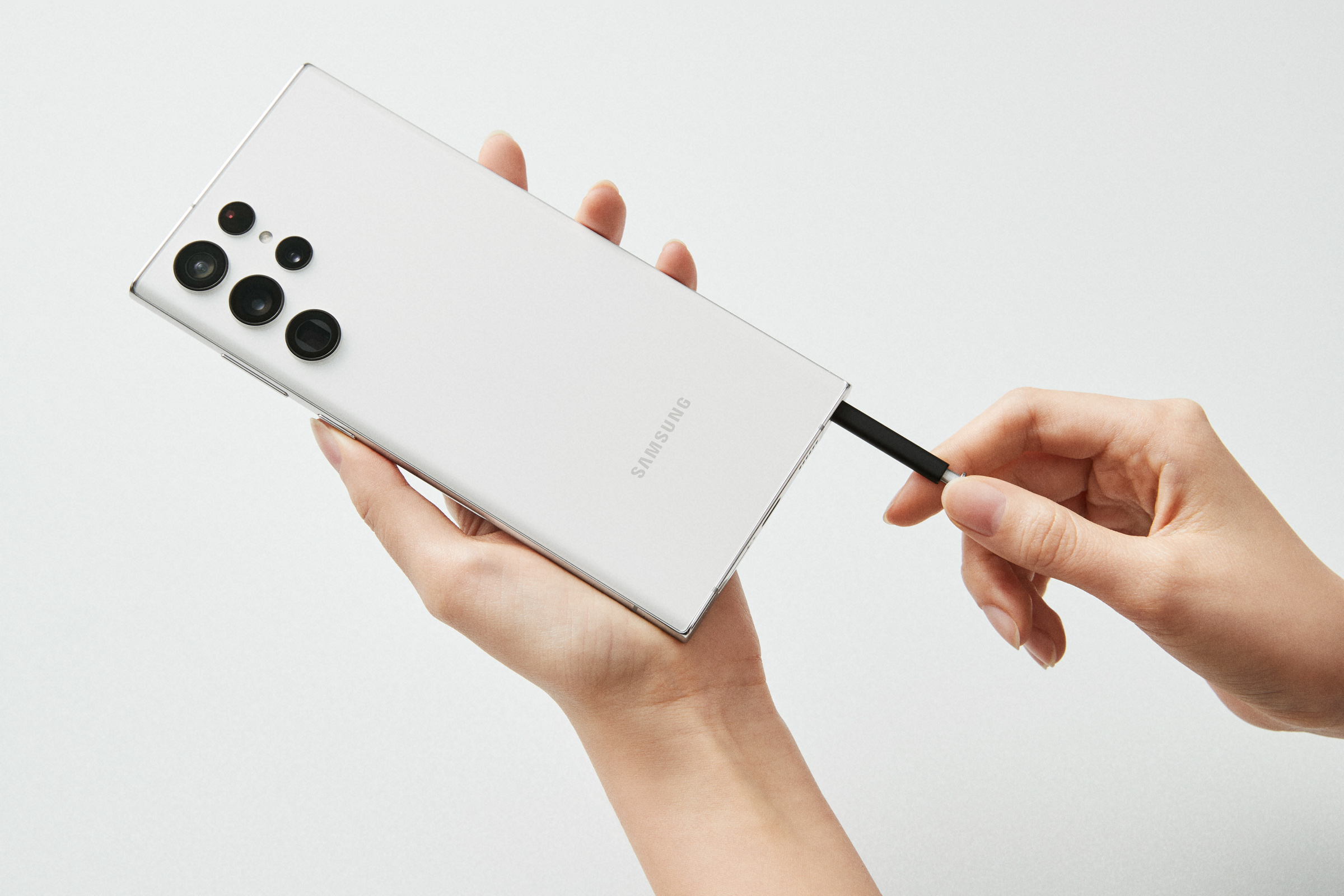 One of the biggest frustrations with the Galaxy S21 Ultra was the fact that you need to buy a separate case in order to keep the S Pen with it at all times. That’s no longer a problem, as the Galaxy Note DNA is back with the Galaxy S22 Ultra, which means that the S Pen is embedded into the bottom of the phone. It was a foregone conclusion that the end was near for the Galaxy Note lineup, but now it will continue to live on in Samsung’s flagship series.

The next big upgrade to the Galaxy S22 Ultra comes via the quad-camera system on the back, along with the improved selfie camera hidden in the hole-punch cutout. Samsung is using a 40MP sensor, featuring an f/2.2 aperture and an 80-degree Field of View. Not only will you be able to enjoy pictures with better quality, but the increased resolution should also perform well in less-than-stellar lighting conditions.

Moving to the rear of the phone, we have a whopping 108MP main wide-angle lens, which makes use of Nona-binning to provide the perfect blend of high-res photos with brighter images. Samsung has also included its Expert RAW camera app, which gives you full control over your phone’s camera capabilities, making it feel like you’re using a professional camera when you’re just using your smartphone. Keeping with the new camera app, the Galaxy S22 Ultra can snap 16-bit RAW images along with coming in a multi-frame RAW format. 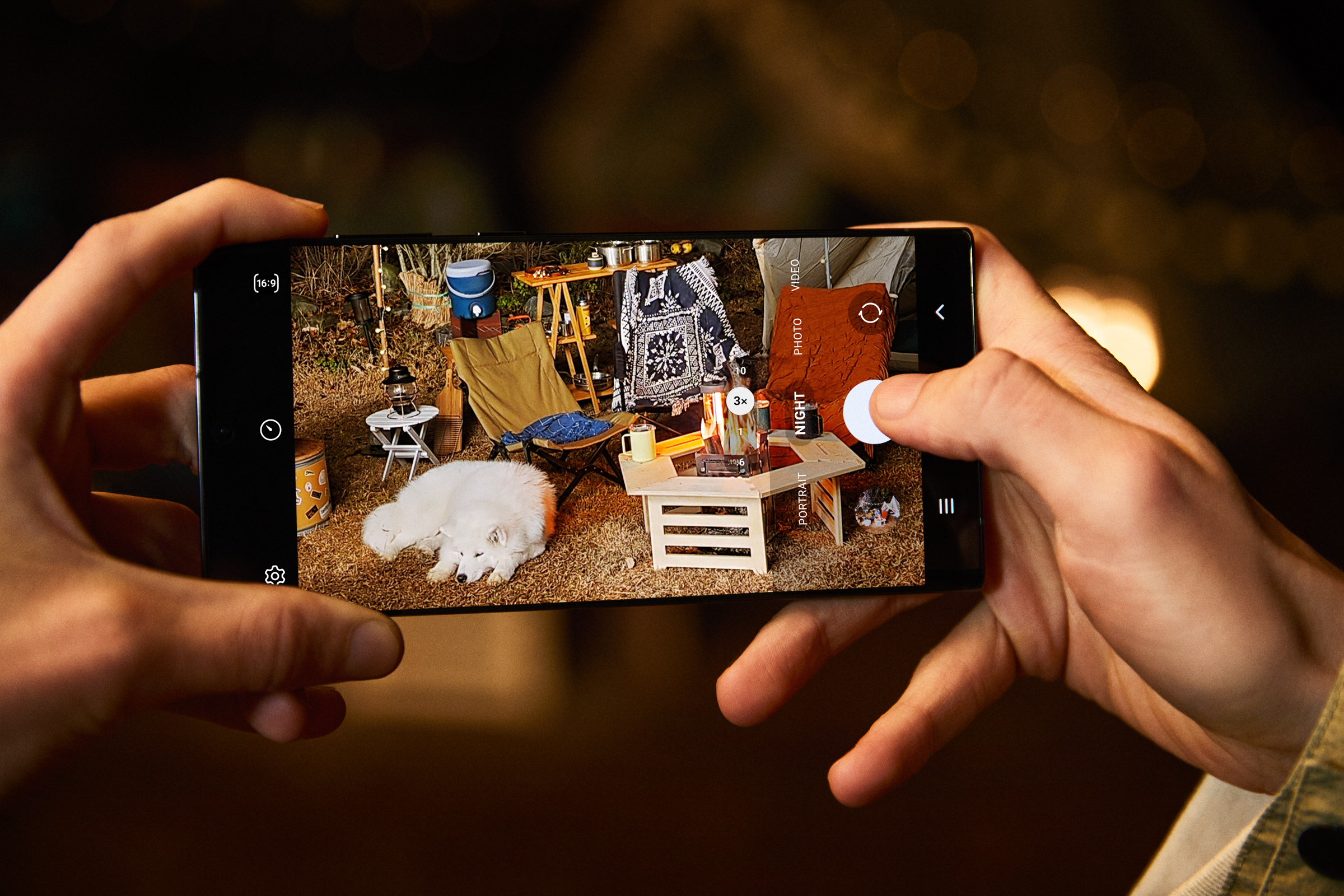 As for the rest of the cameras, we have the expected lenses including a 12MP ultra-wide sensor with a 120-degree Field of View. This is accompanied by dual 10MP telephoto lenses with one offering 3x optical zoom and the other providing up to 10x optical zoom. Space Zoom continues to be one of Samsung’s favorite gimmicks and it’s back with the S22 Ultra as it offers 100x zoom capabilities from your phone.

One area where Samsung has needed to play a bit of “catch-up” is in video recording, and the Galaxy S22 Ultra is coming out swinging. Now, your phone will be able to record 8K video, something that was expected but we’re still excited to see how well it performs in practice. The Galaxy S22 Ultra truly feels like a professional photographer and videographer device with all of the different features that are packed into the phone. Then, you can take out your S Pen and get super-precise when it comes to making the final edits. 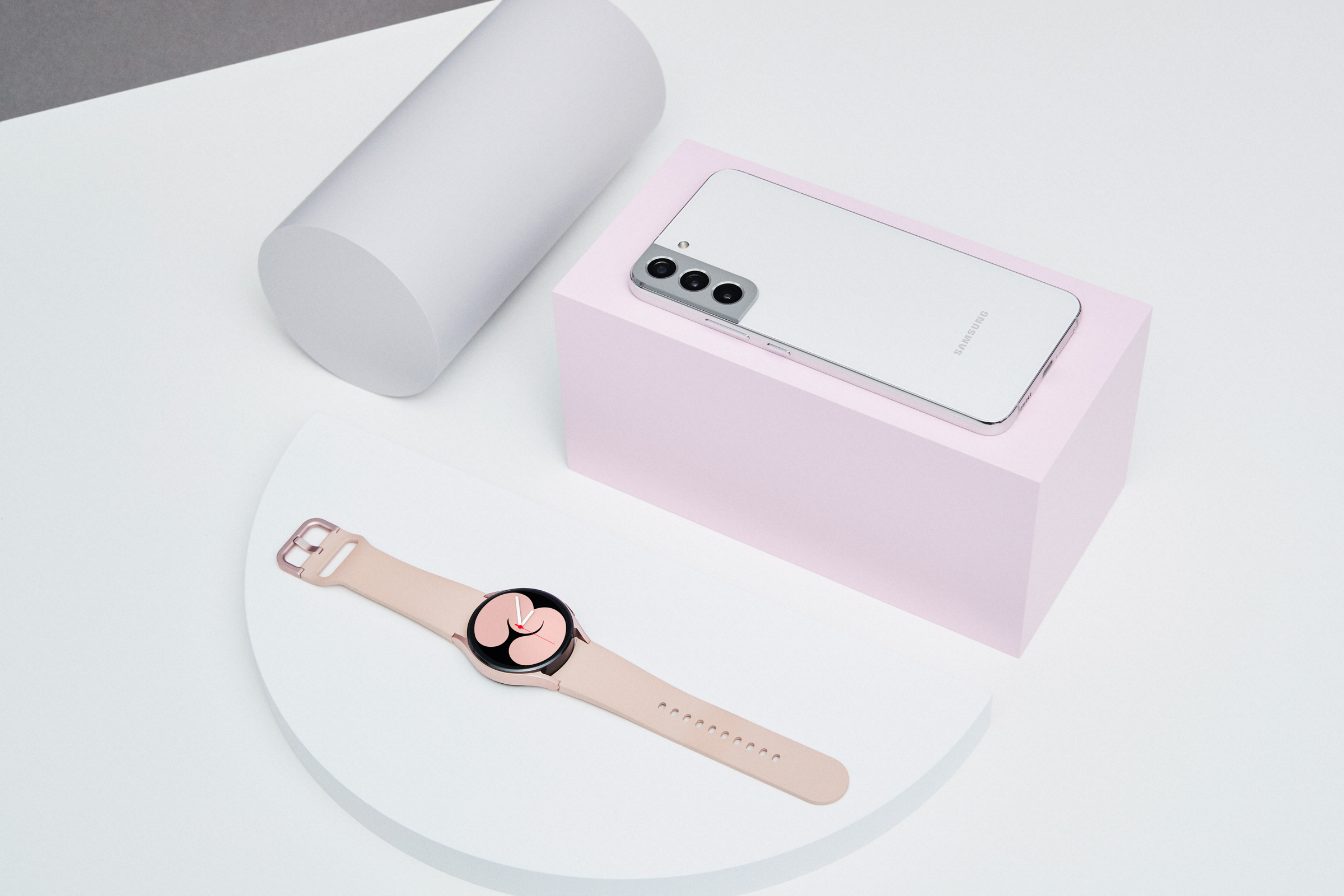 Surprisingly, Samsung has managed to bring all of these fantastic new and exciting features to the Galaxy S22 lineup without adding a penny to the retail cost. The Galaxy S22 in its base configuration is priced at $799, while the Galaxy S22 Plus starts at $999. As for the Galaxy S22 Ultra, you can get one for yourself with 8GB of RAM and 128GB of storage for $1,199, the same price as last year’s Galaxy S21 Ultra. Pre-orders for these devices begin today, and the phones will officially launch on February 25.

And if you’re looking for even more savings, use our exclusive link below to save an extra $50 when you pre-order any of the options in the Galaxy S22 lineup!