You can now start watermarking your Google Docs documents

If you’d rather not pay for Microsoft Word, there are plenty of other word processors out there that are either cheaper or free, although admittedly none of them come quite as close to Microsoft Word than Google Docs.

There are, of course, some differences in features, but for the most part it is largely similar so if you aren’t exactly a power user, it’s usually more than sufficient to get by. In fact, if you do use Google Docs, then you might be interested to learn that Google has recently pushed out an update that brings some additional new features that brings it closer to Microsoft Word. 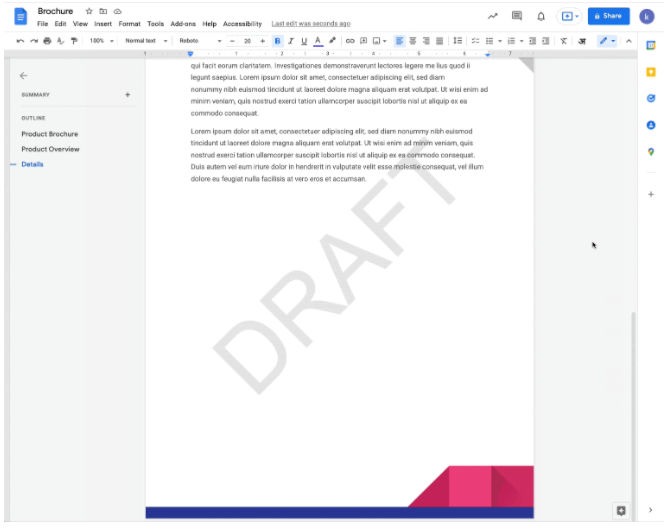 One of those features comes in the form of watermarks, where you can now place your company’s logo in the background of a document so that people know where it originated from  and so that they can’t just copy it as easily. You can also use it to mark documents as being a draft, or being confidential, and so on. According to Google:

“Text watermarks will repeat on every page on your document, making it useful for indicating file status, such as “Confidential” or “Draft” before sharing more broadly, no matter the application you use. In addition to text watermarks, you can insert an image watermark or images above or behind text.”

The feature should already be live for most users, but Google notes that it could take up to 15 days to be available to all, so if you don’t see it yet, don’t worry as it should eventually make its way to you.