Now that Samsung has confirmed a Galaxy Unpacked event is coming in February, more information about the company’s 2022 flagship lineup is being leaked. We’ve seen renders, showing off what the phones will look like, including how the Galaxy S22 Ultra will essentially be a new Galaxy Note iteration. But there has been a big question about how much these phones will be priced at. 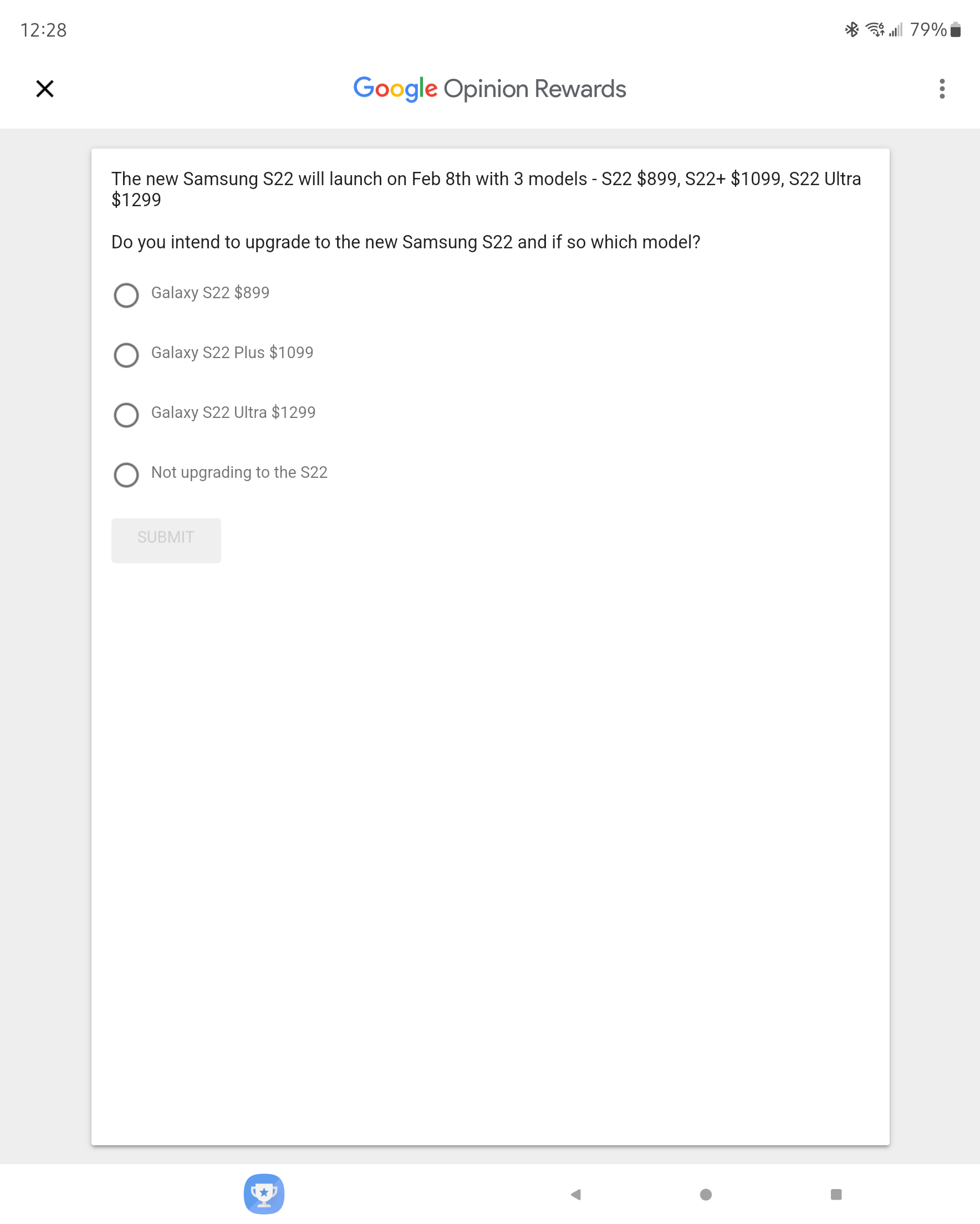 The leaks and rumors have been coming out of the woodworks, but the latest tidbit of information seems to have come directly from Google. In a post on the r/Samsung subreddit, one user received a Google Opinion Rewards question regarding the Galaxy S22 lineup. Not only does this question seem to confirm a February 8 launch event, but it also seems to reveal the pricing for the lineup.

When the Galaxy S21 debuted last year, Samsung was heralded for dropping the price significantly for its 2021 flagship lineup compared to the Galaxy S20. For reference the base model Galaxy S21 retails for $799, while the Galaxy S20 launched at an eye-watering $999. However, it seems that the good times are going to be short-lived, as this isn’t the first time that we’ve seen rumors pointing to an $899 starting price.

Of course Samsung will have plenty of deals to take advantage of, as the company is already offering $50 in Samsung credit if you reserve to be notified when the Galaxy S22 is finally available. You can even go so far as to put in your email and enter the device(s) that you will be trading in, while also setting up your “preferred payment method”.

But if this is the final retail price for the Galaxy S22 lineup, it provides a bit more clarity as to why the Galaxy S21 FE launched with a $699 price tag, which is $100 more than Pixel 6, and just $100 less than the Galaxy S21. The S21 FE at $699 looks quite a bit more appealing with the Galaxy S22 coming in at $200 more, compared to the way that Samsung’s lineup currently looks like.