With the release of Android 12, Google already provided a pretty in-depth overhaul of the entire software interface. Widgets actually look good now, while being more useful and helpful than in previous versions of Android. This includes the At A Glance widget, which can display things like your upcoming flight information, making it easy to open your boarding pass without fumbling around with emails or other apps.

Thanks to Mishaal Rahman (via Android Police), it seems that Google has a few more tricks up its sleeve to make the At A Glance widget even more useful. In the latest beta version of the Google app, Rahman found that there is a slew of new options available in the Settings. These include the ability to enable video doorbell previews, reminder options, and more.

Rahman also found that the settings screen for the At A Glance widget has been revamped, and matches the interface found across Android 12. Unfortunately, it seems that this is another server-side update, as even if you have downloaded beta version 13.0.6.29, you might still find the style of the old settings.

Thankfully, Rahman was able to enable a few of the new features coming to the widget, including the camera previews provided by compatible smart home security cameras. After the feature is made available and enabled on your device, a small video preview will appear on the lock screen. The notification persists even after unlocking your phone, as it is made available via the At A Glance widget on your home screen.

It may be a little while before Google pushes the update to more users, as Rahman found that not all of the features available in the settings were working properly. This doesn’t come as too much of a surprise, but we also wouldn’t be surprised to see Google make some type of announcement once the changes make their way to the stable version of the Google app. 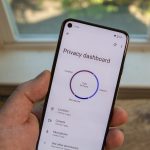 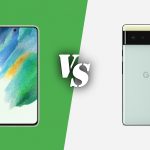