Samsung isn’t the only company that is struggling with its rollout of the Android 12 update. OnePlus is in the same boat, but arguably, has been dealing with less frustrating issues. After the OxygenOS 12 update started arriving, some found that it was easier to just perform a factory reset without importing previously-created backups. The list of issues continued to grow, forcing OnePlus to actually pull the update entirely.

While the company didn’t provide a timeline as to when OxygenOS 12 would become available again, it was pretty quick in fixing any of the bugs that appeared. Earlier today, a post on the OnePlus Forums confirmed that the OyxgenOS 12 update is now rolling out, complete with a new build number (C.39) and bringing with it a slew of bug fixes. Here’s the official changelog for the latest build:

As is the case with most of OnePlus’ software releases, the forum post states that this version is rolling out in stages. This means it will arrive for a small number of users first, before being made available to all owners of the OnePlus 9 and 9 Pro.

Surprisingly, not all of the bugs found in OxygenOS 12 have been fixed in this latest release. Apparently, fixes for things like the inability to use Chrome’s auto-fill feature and the incompatibility with GCam apps will be coming in a future update:

Regarding the other reported problems, please rest assured that they are also covered in the follow-up update plan, such as the auto-fill feature in Chrome and the temporary lack of access to the Ultra HD 48M / AUX camera on GCam. We will continue focusing our efforts on improving the software experience and will work on addressing these issues rapidly.

We’re waiting for the update to arrive on our OnePlus 9 Pro, but here’s to hoping that the plethora of issues found with the first release has been squashed. 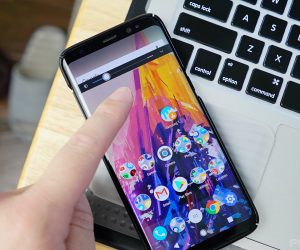