There are many ways to tell the time on a phone. For example, you could always tell the time directly from the lockscreen, but what if you’re on the home screen? That’s where clock widgets can come in handy.

Now, for the most part a lot of phone manufacturers actually install clock widgets as part of their UI so it’s actually ready to go right out of the box. But in case those aren’t good enough, or if you’re going after a certain look, or maybe you want a bit more functionality, then these are some clock widgets worth checking out.

The Digital Clock Widget looks rather simple on the surface, but users can feel free to adjust the clock’s design and style, like its background colors and so on, but one of the more useful features of the widget is that you can actually configure what happens when you tap on the clock.

The obvious thing would be to launch the clock app or alarm app, but you can configure it to launch something else entirely.

If you want to have more information displayed on your home screen without having to resort to multiple apps or widgets, Another Widget could be the widget for you. It has the ability to display the clock on your home screen, while also providing additional details like the date and weather. You can also configure it so that it can show you upcoming reminders. 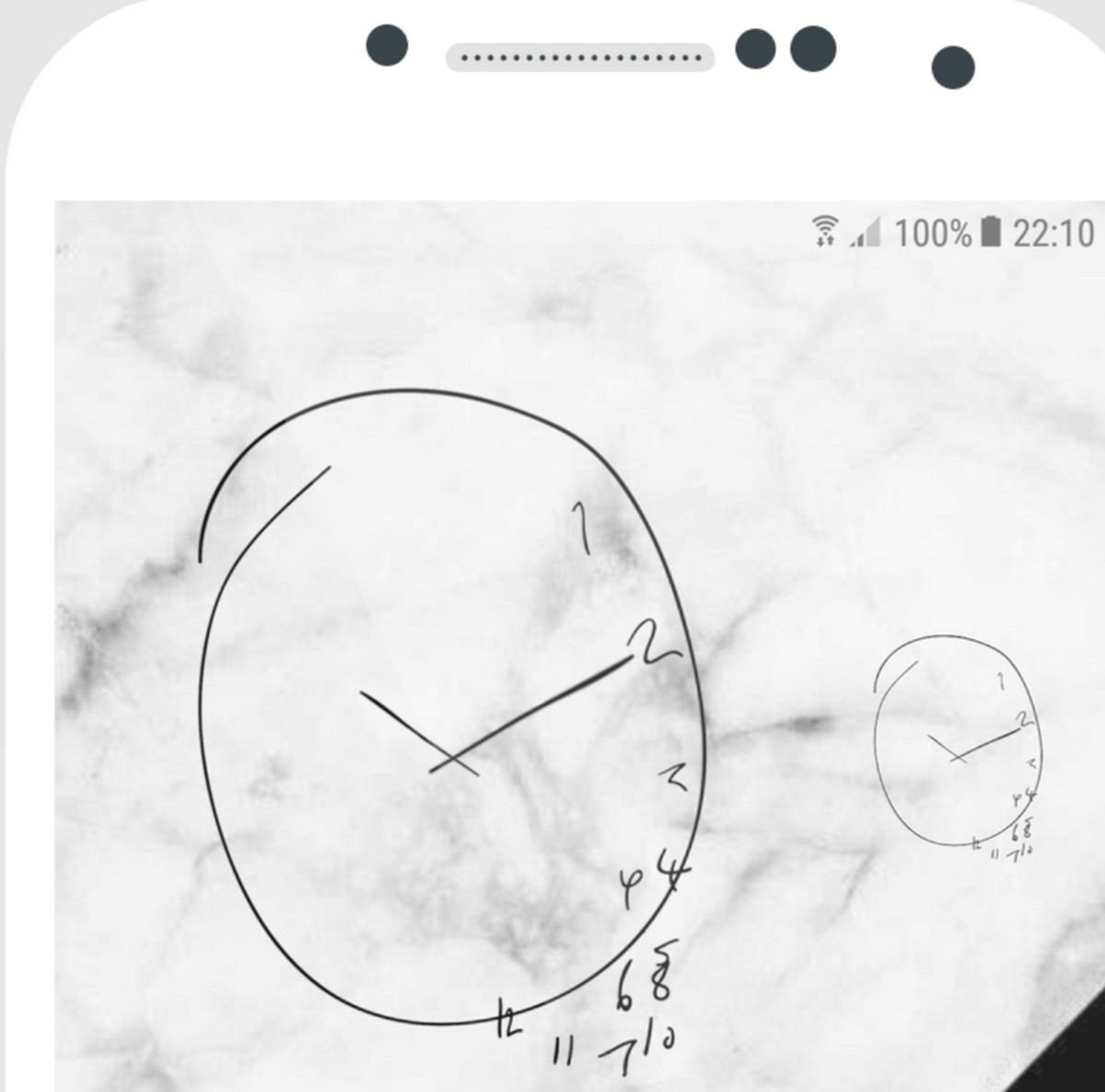 If you’ve ever seen the show Hannibal, then chances are you might be familiar with the Will Graham character. This widget is said to have been inspired by the character and while it doesn’t necessarily look the most sleek, it does have a certain hand-drawn charm about it that some of you might actually find useful. 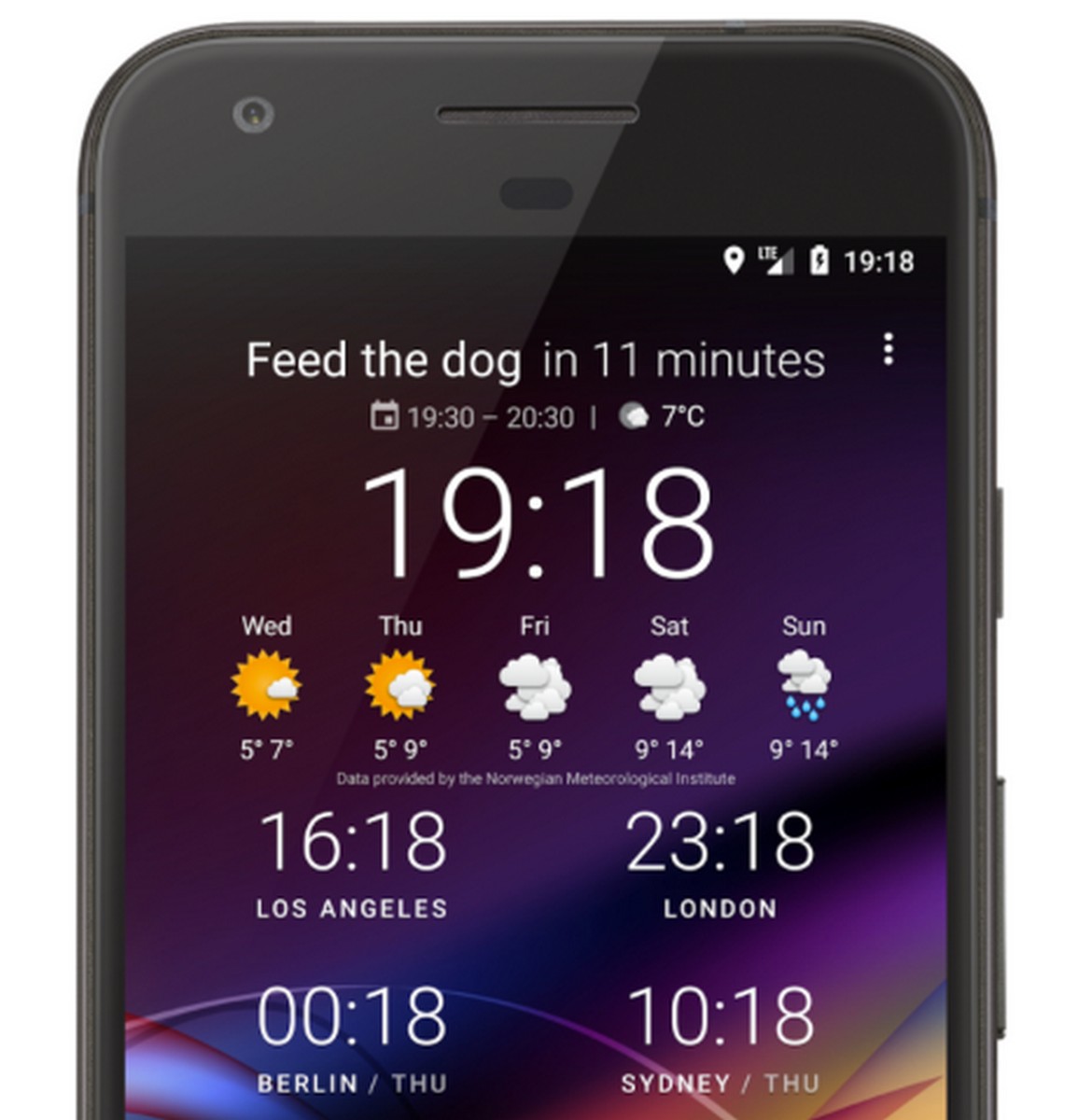 Widgets can sometimes be a bit too straightforward in terms of functionality, and that’s not a bad thing, but in case you’re after a Swiss Army Knife kind of setup, Chronus might be the widget for you. Users can choose from various methods and styles of displaying the clock on their home screen, but at the same time they can also tack on additional information like the weather, the news, stocks, and more. 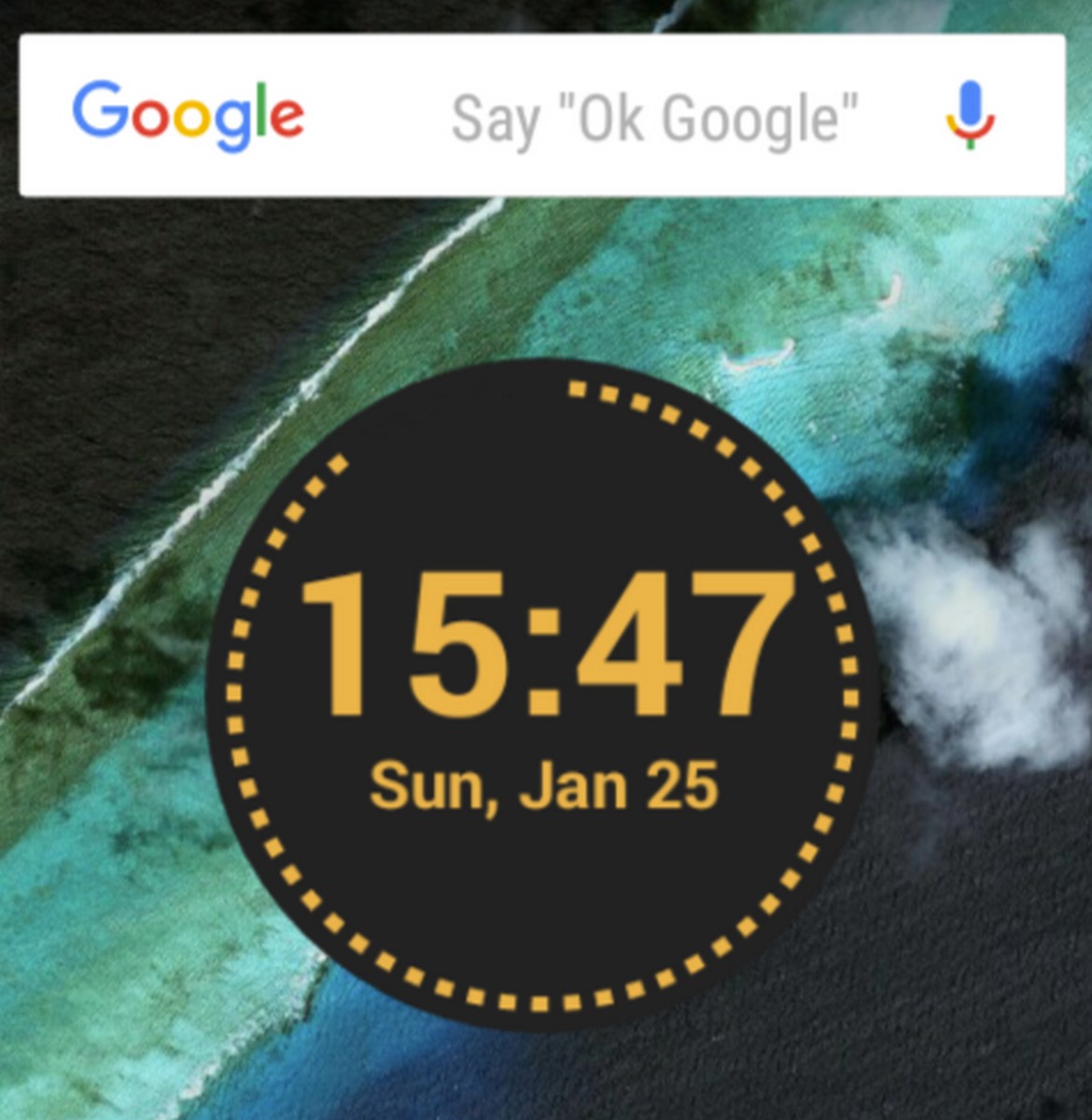 Clock widgets don’t get more simple with Circle Clock. It is quite literally a circular clock interface that shows you the time in digital format, but you can also configure it in various colors and fonts to suit your home screen’s aesthetics needs. Don’t let its simpleness fool you as there are plenty of cool customization options to explore. 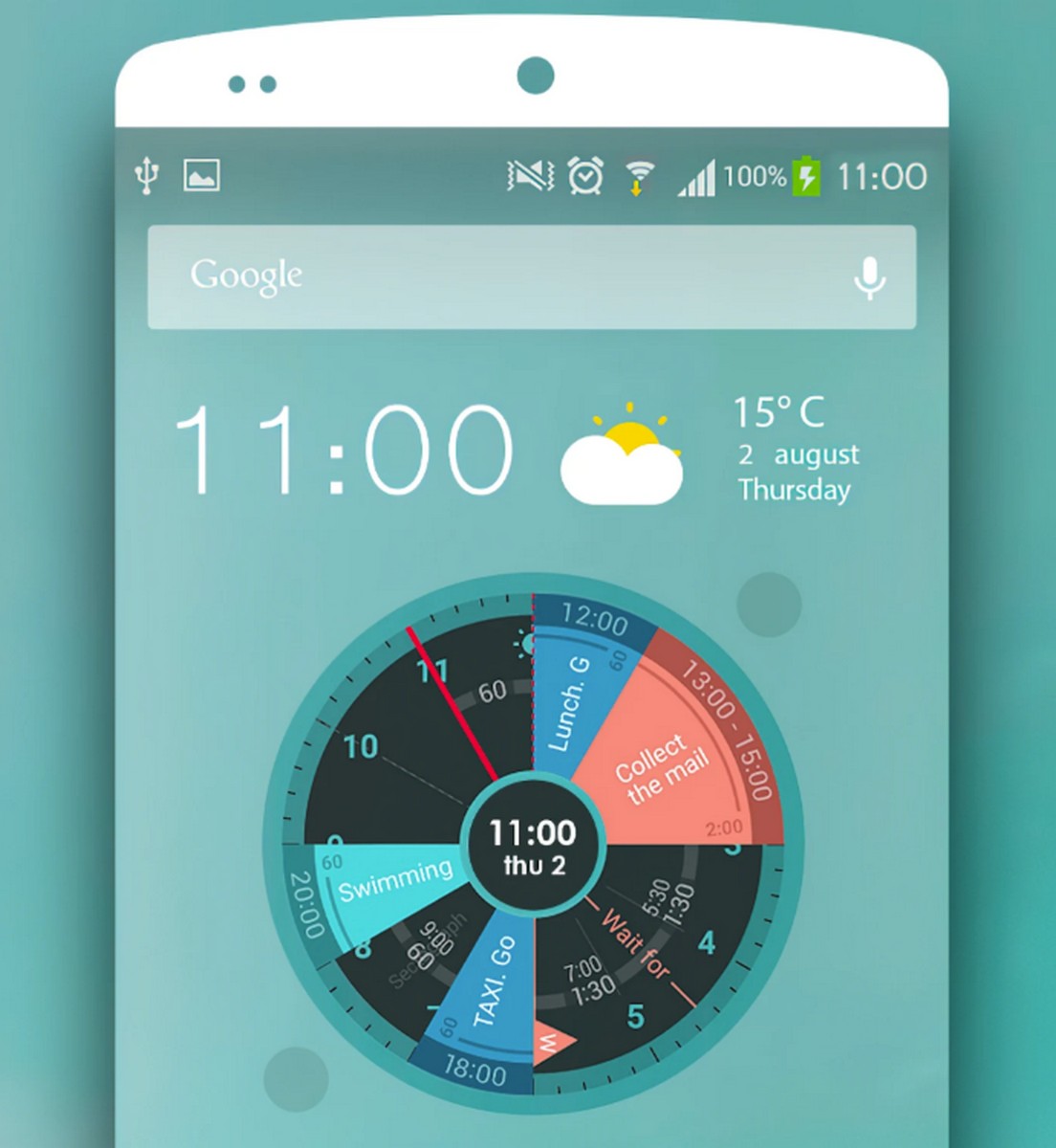 In case Circle Clock is a bit too simple for your liking, then maybe Sectograph could be the clock widget you’ve been looking for. It offers a clock widget on the home screen that not only displays the time, but also sections out your day into the various things you need to do. Despite it offering up a wealth of information, it has a surprisingly clean and easy-to-understand interface. 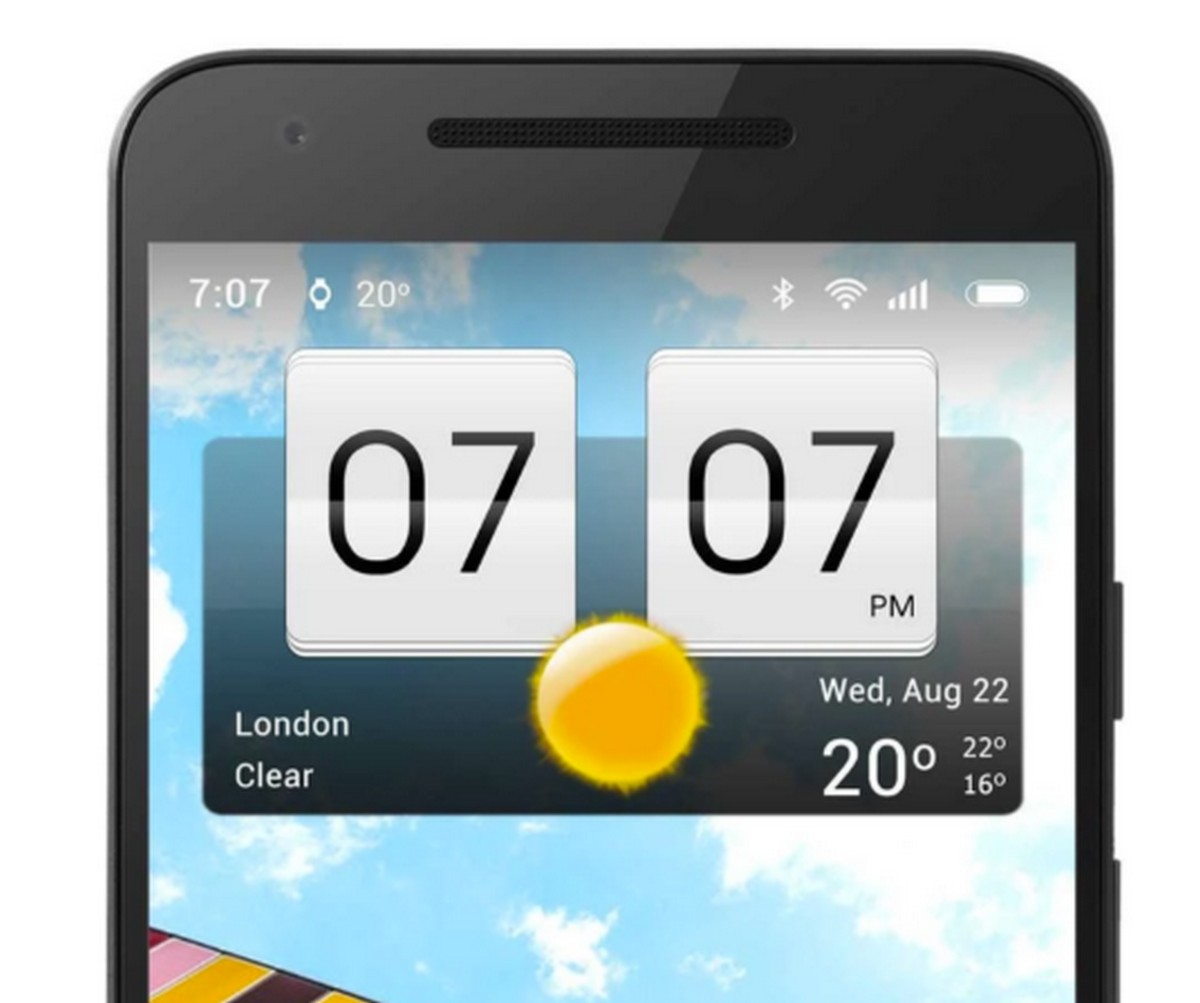 cOne of the hallmark designs of HTC’s phones was its clock widget that had a flip-style clock on the home screen. It has been a while since we’ve seen it and if you’d like to recreate that look on your phone, complete with the weather information and more, then Sense Flip Clock and Widget could bring some of that old school nostalgia back.

Don’t miss this deal for VIP-SCDKey’s deal for their genuine Windows 10 OEM licenses and save as much as 91%!