How to pin conversations in Google Messages

If you use Google Messages as your primary messenger, or you use it a fair bit, then you probably have a ton of conversations in it. Whether it be text messages from friends or family members, or shortcodes sent from your bank or online websites for OTPs, and so on.

What this means is that when you pin a message, it keeps it at the top of the list. Even when new messages come in, those new messages will sit below the pinned message so that you don’t lose track of your pinned conversations. It’s a useful feature we’ve seen in other apps for a while now, so it’s good that it’s finally here for Messages users.

To pin a Google Message to the top of the list, it’s actually rather simple and straightforward. 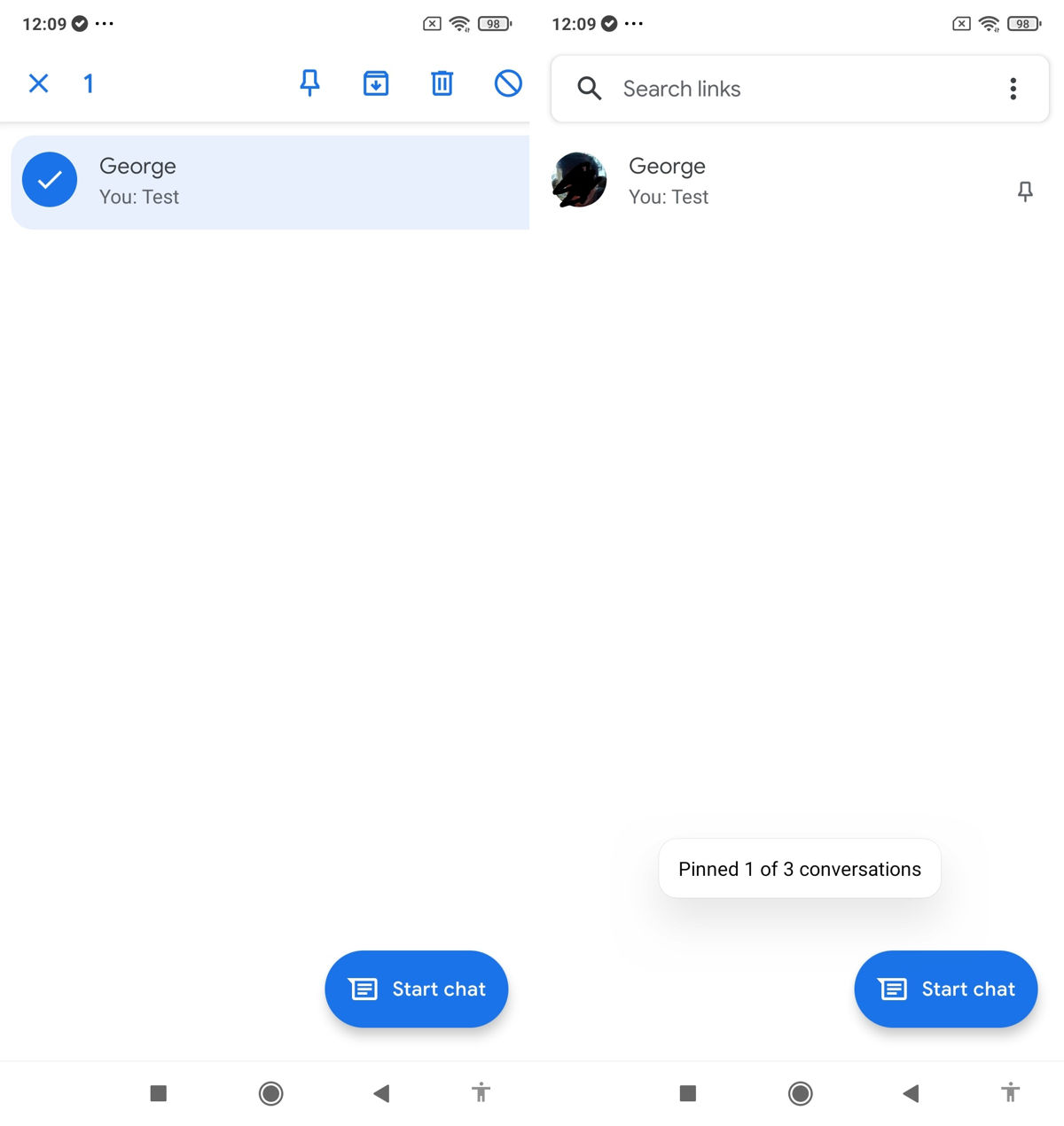 Keep in mind that Google currently only allows users to have a maximum of three pinned conversations at any given time. If you want more, then you’ll have to unpin one of the other conversations.

Admittedly three conversations is a bit little but hopefully in the future Google will expand on it and allow more messages to be pinned. You will need version 8.3.026 of Messages for this to work, so if you’re running an older version of the app, make sure to grab the latest version from the Play Store.