If it wasn’t obvious that Samsung is doing everything it can to lead the way in mobile photography, just check out the new ISOCELL HP1 and ISOCELL GN5. The HP1 is the first 200MP smartphone camera sensor, using 0.64μm pixels, and offers some incredible capabilities. 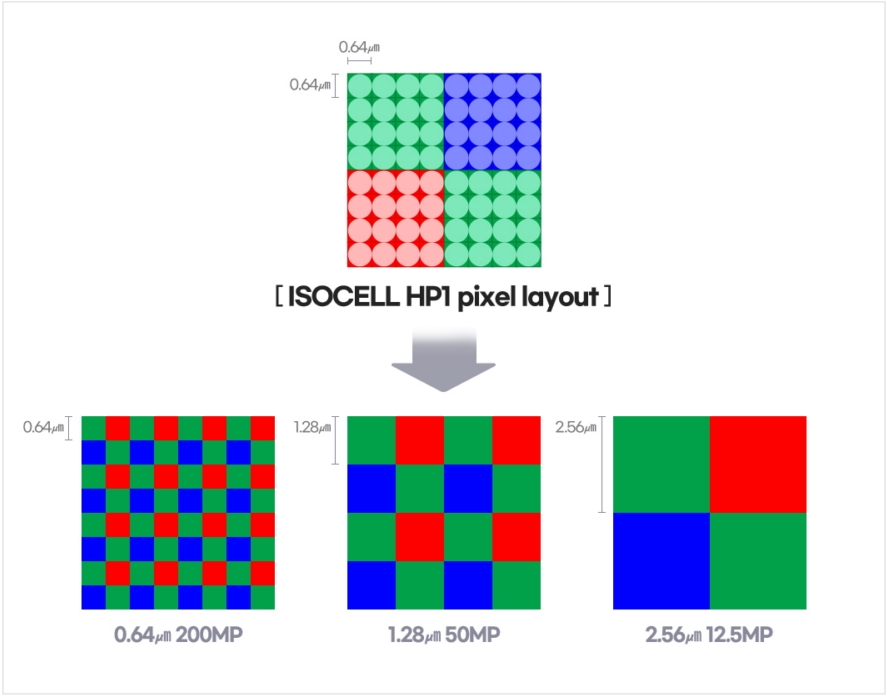 The first of which is called “ChameleonCell”, which is described as “a Pixel-binning technology that uses a two-by-two, four-by-four or full pixel layout depending on the environment.” Essentially this turns the 200MP sensor with 0.64μm pixels into a 12.5MP sensor with much larger 2.56μm pixels.

The end result provides more light being let into your photos, making for “ultra-high-definition photography” in outdoor environments. But this also means that low-light performance should be absolutely incredible. But the fun doesn’t stop there as Samsung states the ISOCELL HP1 is capable of capturing 8K video at 30fps with “minimum loss in the field of view.” This is done by merging pixels to bring the resolution down to 50MP while being able to record 8K without needing to crop.

Also announced in the blog post is the ISOCELL GN5. This 50MP sensor may seem like it pales in comparison to the HP1, but you might be surprised. While the HP1 is the industry’s first 200MP sensor, the GN5 is the industry’s first 1.0μm sensor that uses “Dual Pixel Pro”. According to Samsung, this is “an all-directional autofocusing technology” that provides much better autofocusing.

There are a total of one million photodiodes covering the sensor, meaning that the camera will truly focus automatically. In addition to the Dual Pixel Pro technology, Samsung is also looking to improve low-light performance with the GN5. This is done using the company’s “Front Deep Trench Isolation (FDTI)” technology that absorbs and holds more light than previous sensors.

Unfortunately, Samsung didn’t provide any camera samples taken with either of these sensors. Nor did the company reveal when we can expect to see these sensors make their way into our smartphones. But it really wouldn’t come as a surprise if it arrived in one of the Galaxy S22 variants expected to launch early next year.