Nova Launcher 7 officially exits beta, is available for everyone to download

It’s been a little over a month since the Nova Launcher 7 beta hit the Play Store, but as of today, the popular third-party launcher is officially leaving its beta status behind. This marks arguably the biggest upgrade in the launcher’s history, as the code has been re-written to be based on AOSP’s Launcher3 application. And with these changes, it’s not easier for Nova’s developers to add new features while adapting to whatever changes may come to Android.

Here’s the full changelog according to the Play Store listing:

Although Nova Launcher has remained a fan favorite, other competitors have risen up the ranks to compete with Nova. These include Smart Launcher 5, along with Niagara Launcher, but Nova was just waiting for its time to strike. The time has arrived.

The development of Nova Launcher 7 has been in the works for quite some time. It originally started out as a Discord-only beta release, before moving to the Play Store back in July.

We’ve spent some time with Nova Launcher up to this point, but will be giving a more in-depth look to see what’s changed and how well it performs. But in our time so far, things look and feel just as you would expect them to.

If you want to download the latest version of Nova Launcher, you can just jump over to the Play Store and grab it. And if you want to join the beta program, you can still do that too, provided you haven’t already enrolled. 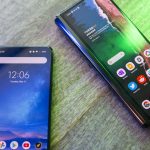