Although rooting your Android device may not be as necessary as the good ole days, it’s still a fun little hobby. From using different Magisk modules to installing a custom ROM provides a level of customization that can’t be found elsewhere in the smartphone world. But in order to even get started down that path, you would need to first unlock your smartphone’s bootloader.

Thanks to a couple of Senior Members over at XDA, it appears that if you find yourself wanting to unlock the bootloader on the Galaxy Z Fold 3, you’re going to be greeted with a surprise. After the bootloader has been unlocked, all five cameras found on the device are rendered useless. Not just useless in terms of not working properly, but rendered useless as in not working at all.

After unlocking the bootloader on the Galaxy Z Fold 3, it was found that access to all five cameras is disabled. So not only are you unable to snap pictures, but you also can’t use third-party camera apps or even unlock the phone using facial recognition. The phone will either throw an error at you stating that the camera isn’t working, or the camera app will end up timing out while doing nothing but showing a black screen until it times out.

Samsung phones have always been rather difficult to deal with for those who want to tinker around, as evidenced by the introduction of Samsung Knox back in 2013. Even today, if you trip the Knox security system, your phone’s warranty is instantly voided and Samsung Pay is permanently disabled.

Perhaps this could change with a future software release, as it is possible to regain access to the cameras if you re-lock the bootloader. However, even Magisk is not capable of bypassing these new restrictions currently, but again, that could change in the future.

It’s disappointing to see this decision made by Samsung, but we guess it’s really not all that surprising given the company’s unspoken distaste for rooting and rom’ing. 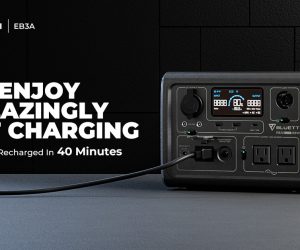