Yesterday, analysts revealed that Samsung’s new foldable phones – the Galaxy Z Fold 3 and Galaxy Z Flip 3 – were performing very well in South Korea. It was estimated that pre-orders for both phones totaled 450,000 and could potentially hit as many as 800,000 units in South Korea alone.

Those are impressive figures, especially when you consider that back in 2020, the Galaxy Z Fold 2 felt almost like a flop with only 80,000 pre-orders. Samsung has since confirmed that both of its new phones are doing really well, claiming that sales are already outpacing those of the Galaxy Z devices to date.

In a statement released by Samsung:

“We are thankful for the great customer response to our new Galaxy Z Fold3 and Galaxy Z Flip3. Interest in foldable smartphones is at an all-time high, with pre-order volume for Z Fold3 and Z Flip3 already outpacing total sales for Galaxy Z devices to date in 2021.”

There are several reasons why the latest foldables are doing so well. One of which is that these are the third-gen phones and maybe people are now more inclined to trust the devices rather than the first generation. Secondly, the Galaxy Z Flip 3’s price of $1,000 is also pretty reasonable.

We’re not saying it’s cheap, but when Samsung’s Galaxy S21 flagships cost around that price, if not more, it becomes an option for those who are willing to spend that much. In any case, this is a good thing because it means that now that Samsung is seeing success on the foldables front, it might encourage more companies to enter the market. 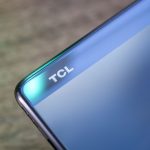