The wait is finally over. After pretty much a windfall of leaks over the past couple of weeks, Samsung has finally taken the covers off of the highly-anticipated Samsung Galaxy Z Fold 3. This is the direct successor to the Galaxy Z Fold 2 from last year, with some key improvements in the hardware and software department.

We’ll dive deeper into the specs later, but Samsung wanted to share some pretty awesome advancements that it made with this year’s foldable lineup. First of which, both the Galaxy Z Fold 3 and Galaxy Z Flip 3 feature an IPX8 water resistance. This equates to letting your phone submerge in up to 1.5-meters for up to 30 minutes. What this also means is that Samsung has not yet solved how to keep dust from getting into the phones just yet. 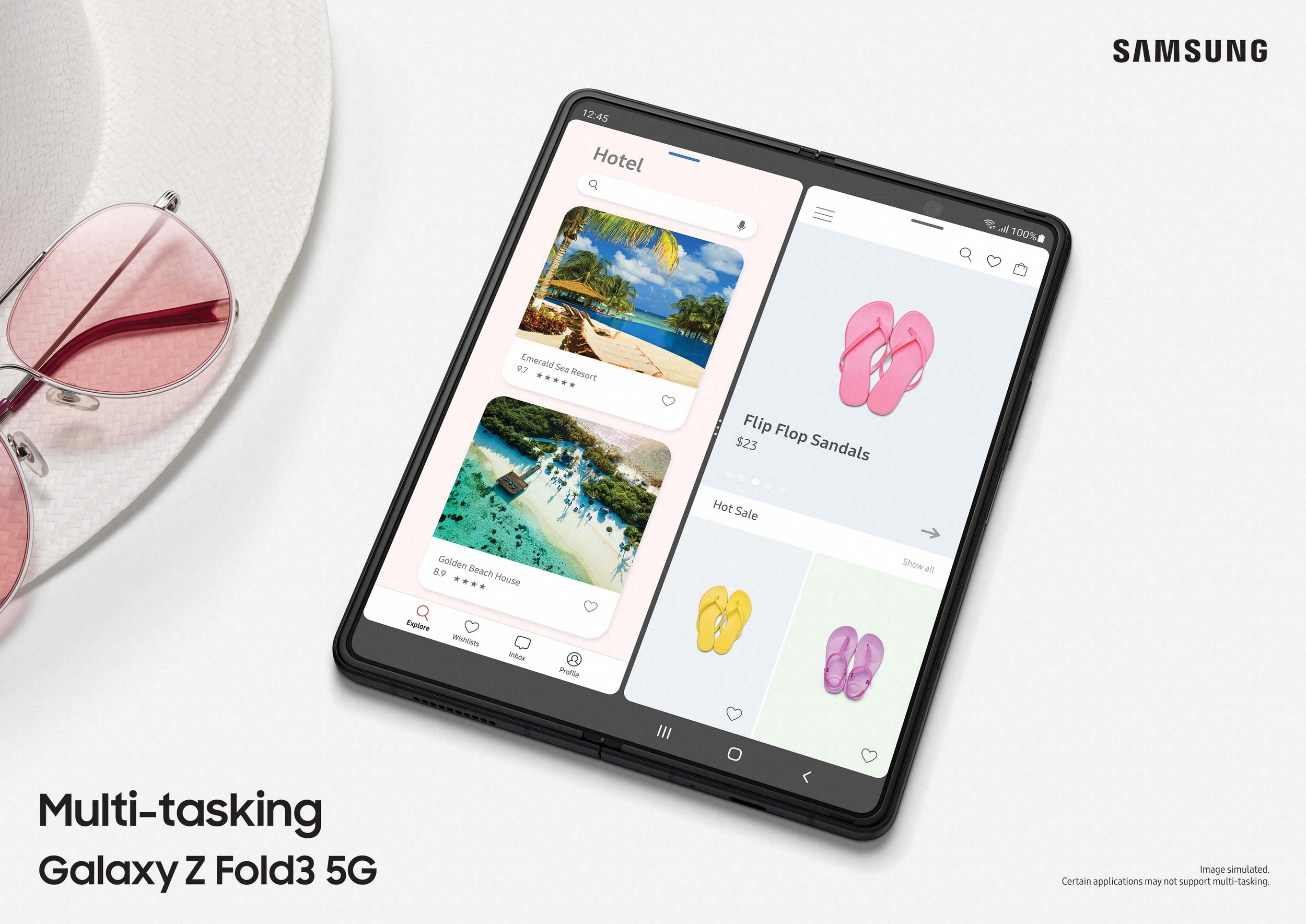 The star of today’s show as that 7.6-inch QXGA+ (2208 x 1768) Infinity Flex Display that appears when you unfold the Galaxy Z Fold 3. Samsung noted that this new display features a combination of a stretchable PET and “optimized main screen panel layers”. As a result, the Z Fold 3 and Z Flip 3 are now 80% more durable compared to last year’s Galaxy Z lineup.

Samsung has brought back the 120Hz Adaptive refresh rate on the Galaxy Z Fold 3, making it an absolute dream to use for gaming, browsing the web, or anything else you can think of. But for the first time on a Samsung folding phone, the 6.2-inch Cover Display has also been upgraded with the 120Hz refresh rate.

Going back to the main display, this marks the first Samsung consumer device released that includes an under-display camera. It’s just a 4MP sensor, so it’s not going to wow you, but it offers a completely uninterrupted experience when using the big screen. Samsung also managed to improve the brightness of its display, as the Z Fold 3 is said to be 29% brighter, while consuming less battery. 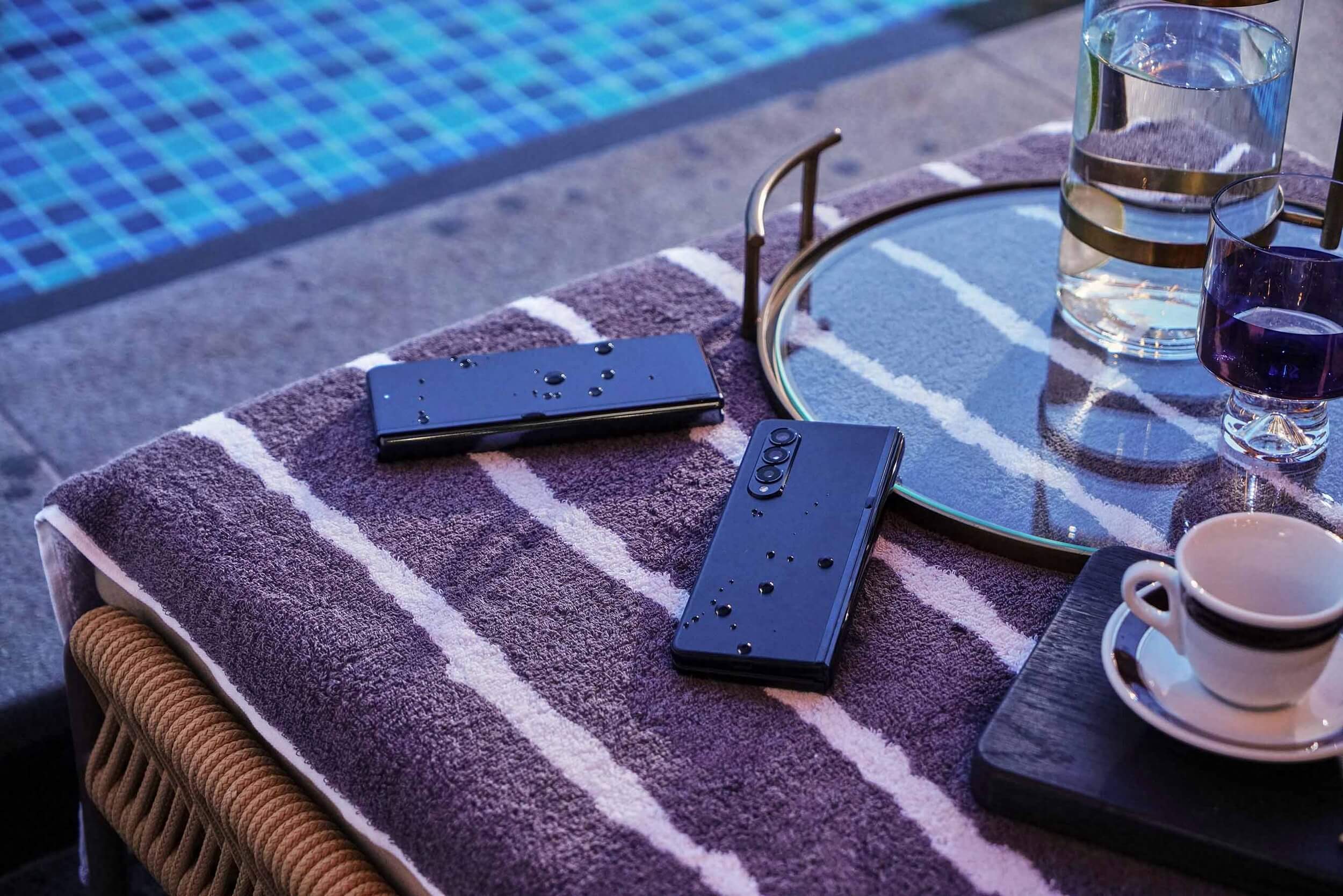 Under the hood, we have the expected inclusion of the Snapdragon 888 chipset, paired with 12GB of RAM and either 256GB or 512GB of storage. Just like the Z Fold 2, you won’t find any microSD card slot here, despite the addition of dual SIM card slots.

As for battery life, it will be interesting to see just how well Samsung’s new Eco-friendly displays manage. The Galaxy Z Fold 3 is equipped with a 4,400mAh dual-cell battery, not all that different from the same technology we’ve seen in the OnePlus 9 Pro and other flagship handsets.

If you were hoping blazing-fast charging speeds, you’ll be a bit disappointed. Samsung kept with its recent trend, including just 25W wired charging, while including 10W “fast” wireless charging. Reverse wireless charging also makes its return to the Z Fold 3, offering up to 4.5W of speed when used with compatible devices. 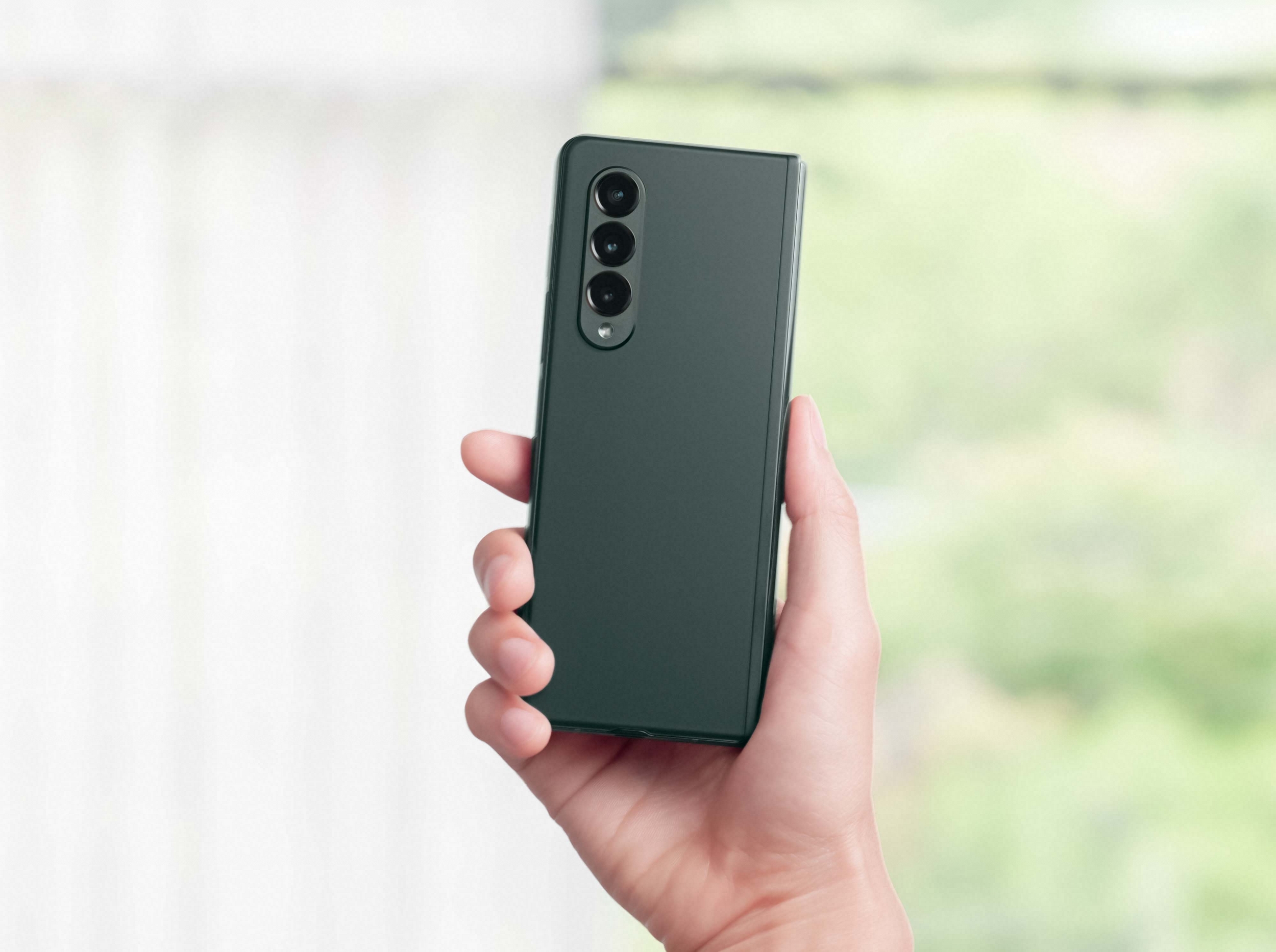 Moving to the cameras, there was a lot of hope that we would see some of the great sensors brought over from the Galaxy S21 Ultra. Unfortunately, that doesn’t seem to be the case with the triple 12MP camera array. The primary camera has been slightly updated over last year’s Z Fold 2, but the ultra-wide and telephoto lenses are practically the same.

Instead, Samsung focused on the aforementioned under display 4MP camera found on the main screen of the Fold 3. This is a 4MP sensor with an 80-degree Field of View and an f/1.8 aperture. We’re excited to see how well this camera blends in once we can get the Fold 3 in our hands. Finally, there’s a pretty basic 10MP selfie camera on the Cover Screen that falls more in line with what you would find elsewhere. 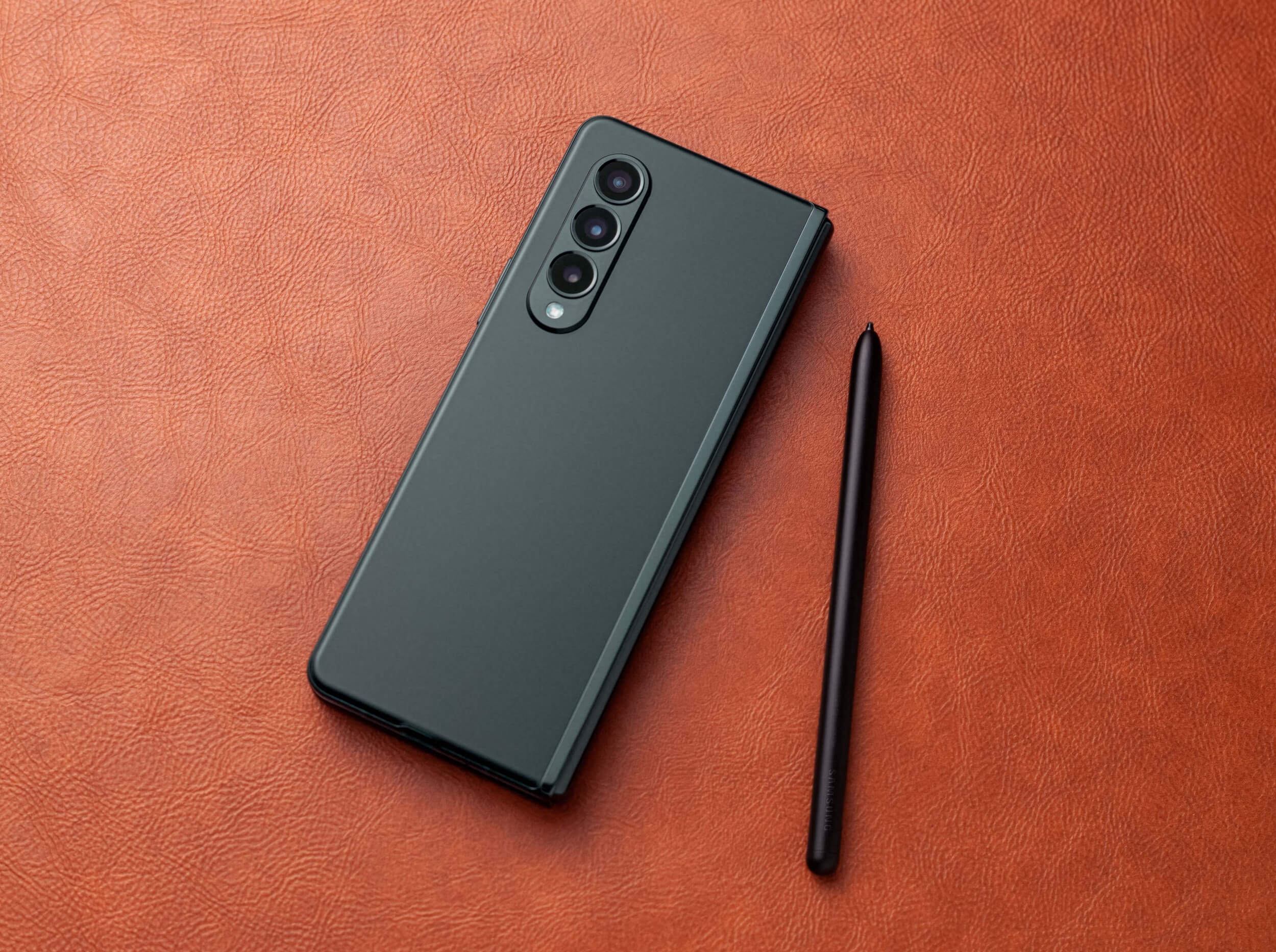 Let’s get the big one out of the way — S Pen support. Just like the Galaxy S21 Ultra before it, this is the first foldable phone, and second non-Galaxy Note device to feature S Pen functionality. Thanks to the improvements with the display, Samsung was able to optimize the screen and the S Pen to work in perfect tandem.

There are actually two different S Pen’s being released, with the S Pen Fold Edition and the S Pen Pro. Both of these feature retractable tips with “force limit technology” to ensure that you don’t accidentally cause any indentations in the screen. While the S Pen Fold Edition does not include Bluetooth, it does offer Air Command support. Meanwhile, the S Pen Pro works with any S Pen-compatible Galaxy device, and offers Air command and Air actions, along with charging via USB-C and an LED indicator for battery life. Samsung even went so far to include device switching for those using multiple S Pen-enabled Galaxy devices. 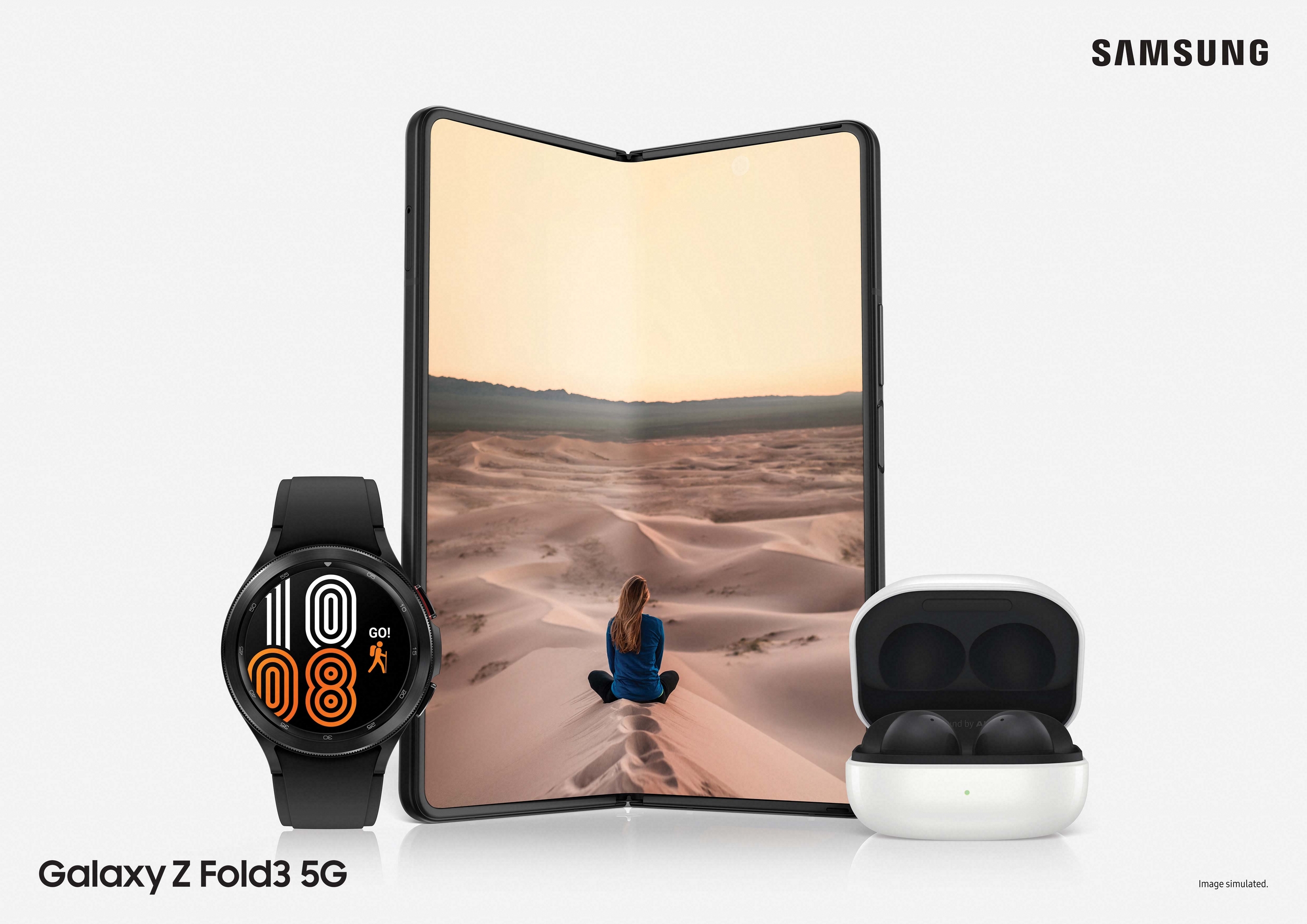 From a software standpoint, the Z Fold 3 is launching with One UI 3.1 based on Android 11. A few of the Flex Mode features have been improved, such as being able to take a video call on the top screen while making notes on the bottom. Additionally, the Multi-Active Window has been updated so that you can easily multi-task from the Z Fold 3. Finally, Samsung’s new Taskbar feature allows you to switch between apps without needing to go back to the home screen. But according to Samsung, this is a feature you’ll first need to enable from Samsung Labs before you can use. 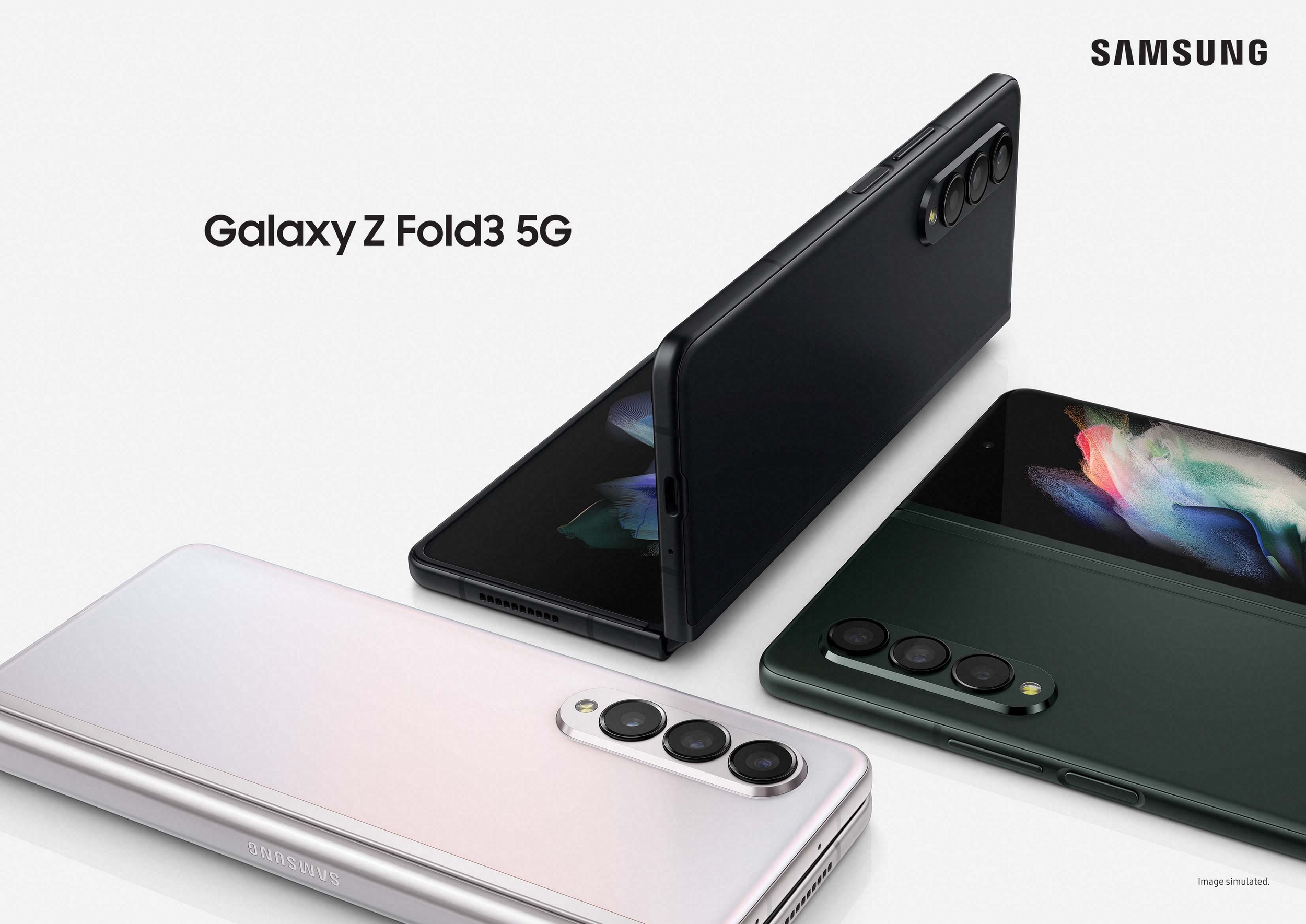 S Pen support, a better and more efficient display, updated internal specs, and new colors. This combination offered by the Samsung Galaxy Z Fold 3 will set you back starting at $1,799 for the 12GB / 256GB configuration. Samsung is offering three different color options for the Fold 3, including Phantom Black, Phantom Green, and Phantom Silver.

As is the case with every device launch, there are a few different promos being offered when ordering through Samsung. The first of which is a $200 Samsung Credit for anyone who pre-orders the Fold 3 between today and August 26th. Additionally, if you pre-order via Samsung.com or the Shop Samsung app and opt into the 3-year Samsung Care+ plan, you’ll get a discount along with the first year for free.

Going even further Samsung is now making it possible for you to trade-in up to FOUR devices towards the purchase of the Galaxy Z Fold 3. The highest amount of credit possible comes in at $800 depending on the phone. And Samsung is also offering financing with monthly payments as low as $28 per month.

The phone will officially be released to the world on August 27th.