Samsung Galaxy A32 review: the budget 5G smartphone to buy

If you were looking for a 5G smartphone in 2020, you’d need to spend around $500 if you wanted to pick up the cheapest option on the market. Fast forward to the middle of 2021 and there are plenty of 5G options that will cost you $300 or less. The new Samsung Galaxy A32 is one of those options, sporting an upgraded 5G-capable chipset and a $280 sticker price.

The phone certainly doesn’t have all the bells and whistles that come with Samsung’s Galaxy S21 lineup, but it may just be the cheaper alternative to the Galaxy A52 that you’ve been waiting for. 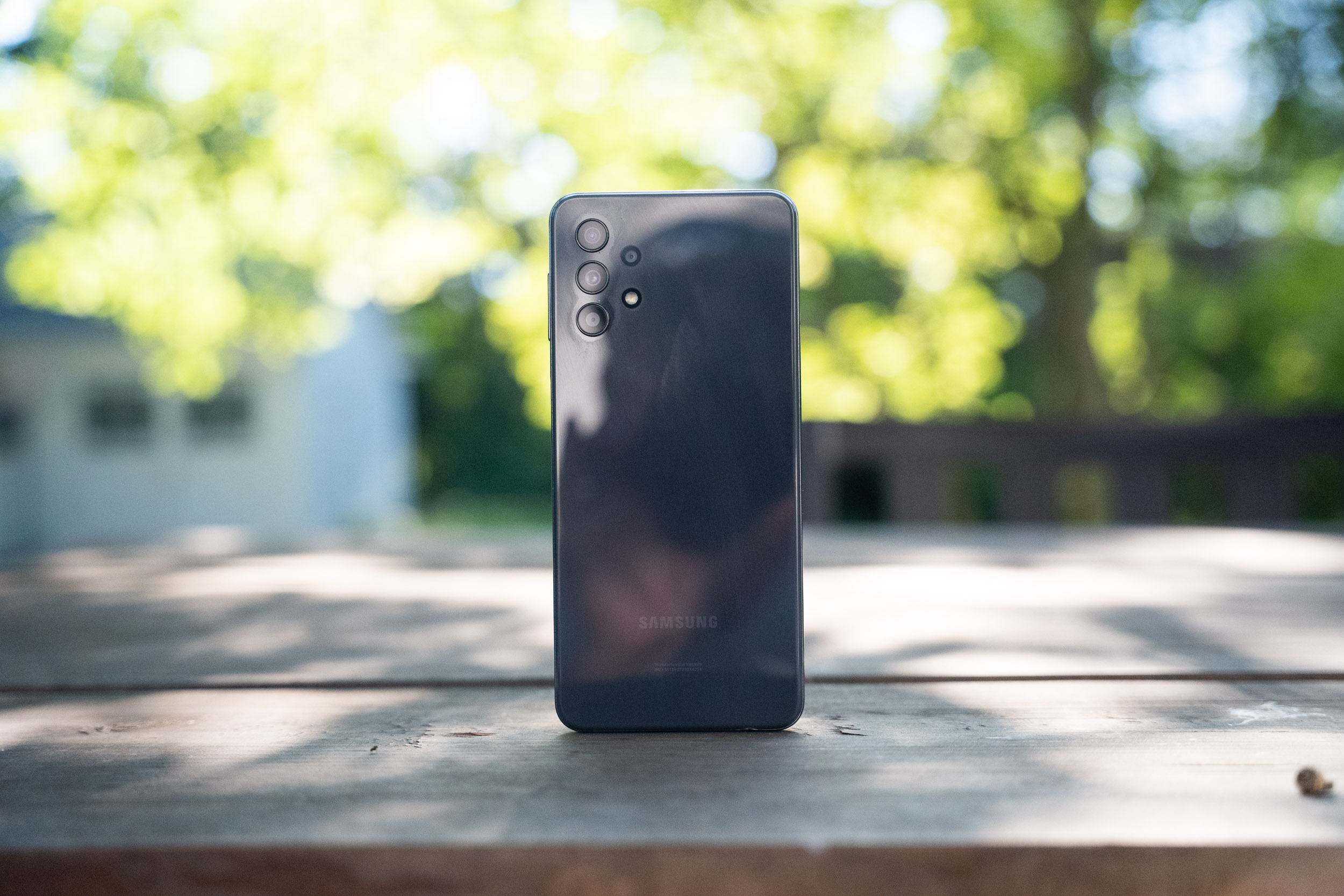 Let’s be clear, the Samsung Galaxy A32 isn’t going to be winning any beauty pageants. This is one of the most generic-looking smartphones I’ve used in years. Samsung has labeled the dark gray variant as Awesome Black, which is a bit of a stretch. Besides the Gorilla Glass 5 protecting the phone’s 6.4-inch display on the front, the rest of the phone is made of plastic that’s trying to disguise itself as an aluminum frame along the edges and glass on the back.

It looks and feels cheap. But that’s exactly what I was expecting from Samsung at this price point. Slap a case on the A32 and you can add some much-needed character that this phone lacks. I’m really digging the look of the ZIZO Bolt Series cases for the A32 which will add some much-needed protection to the phone, a bit of flare, and a kickstand as well.

If you do choose to go caseless, the phone doesn’t have a massive camera bump for its rear cameras. It’s honestly pretty nice to have a phone that can lay flat on a table without wobbling around every time you tap the screen.

The power button along the side pulls double duty as the phone’s fingerprint sensor. It works pretty well, but it can get a bit finicky if you have a sweaty thumb. Samsung does claim that this phone sports a full-screen display, but the bezels around the edges aren’t particularly thin (especially at the bottom) and the teardrop-notch for the selfie camera feels like a throwback to 2018. 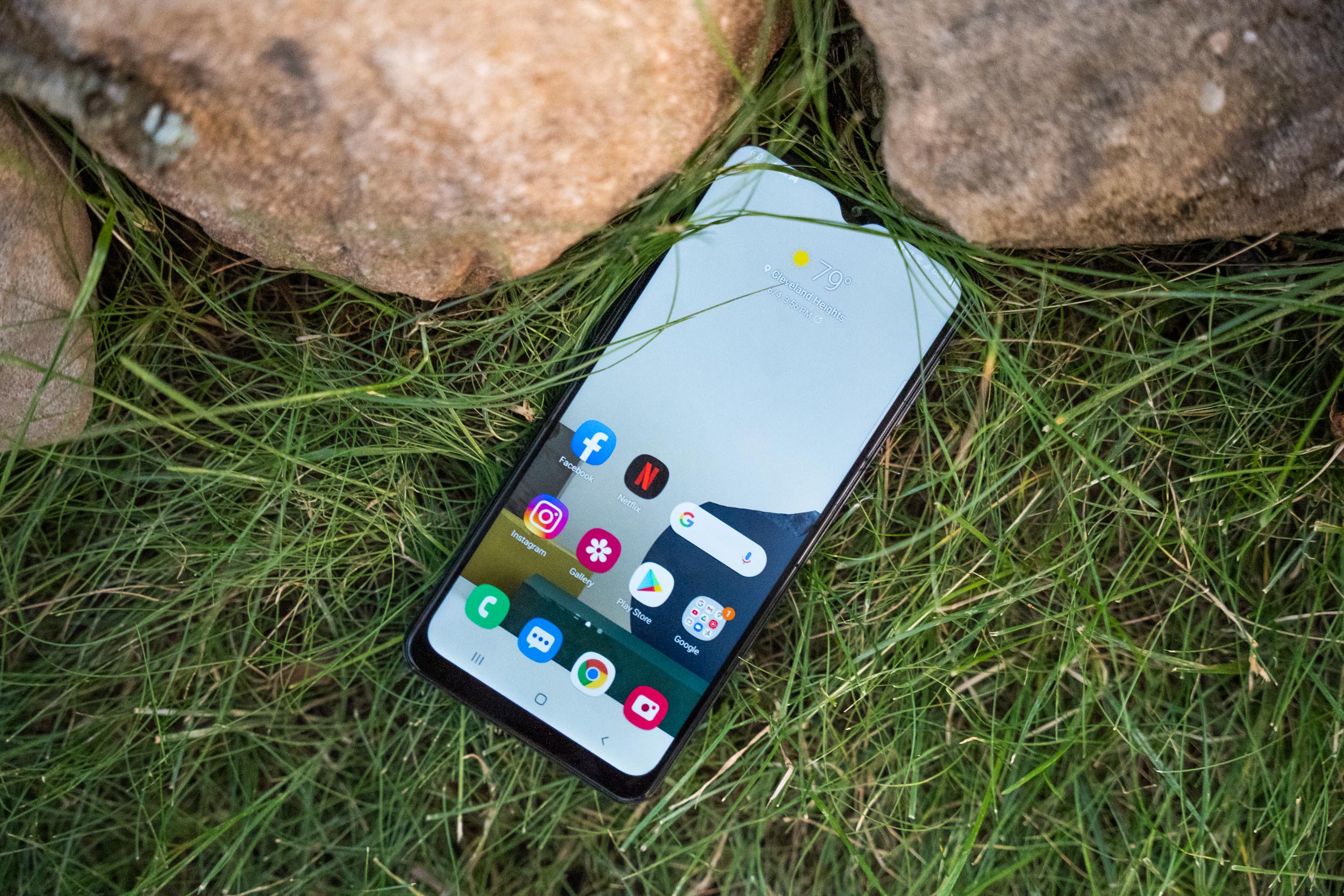 If you’re not one to write off a phone completely based on thick bezels around the display, you may actually enjoy the 6.4-inch display on the Galaxy A32. For being a budget-friendly device, the quality of the display is quite commendable.

The AMOLED panel sports a resolution of 1080 x 2400 pixels with 411 pixels per inch. On top of that, you’re treated to a 90Hz refresh rate and up to 800 nits of peak brightness. The only thing missing is HDR support.

The higher refresh rate is great for those who love scrolling apps like Facebook, Twitter, or Instagram – keeping the content on the display crisp. It can come into play as well while gaming, just as long as you’re not playing a title that’s taxing the chipset heavily. At extreme viewing angles, you’ll notice a reduction in brightness, but the display doesn’t show any signs of discoloration if you’re viewing content at an angle.

A year or two ago, pairing a budget-friendly Mediatek chipset with 4GB of RAM may have been a recipe for disaster, the Mediatek Dimensity 720 5G inside the Galaxy A32 delivers better performance than you’d expect from a $280 phone.

The chipset delivers a smooth user experience, allowing you to jump in and out of apps without having to wait too long. I was also able to play my usual sessions of Call of Duty Mobile without a single glitch with graphics quality set to medium and the frame rate set to high. I even gave Genshin Impact a try and was surprised by the

If you’re simply looking for benchmark numbers, the Galaxy S32 with the Dimensity 720 falls somewhere between the Snapdragon 750 and the Snapdragon 765 which are typically used in phones that cost $150-$200 more than this phone. In many respects, this phone can deliver even better performance than the Samsung Galaxy A52. 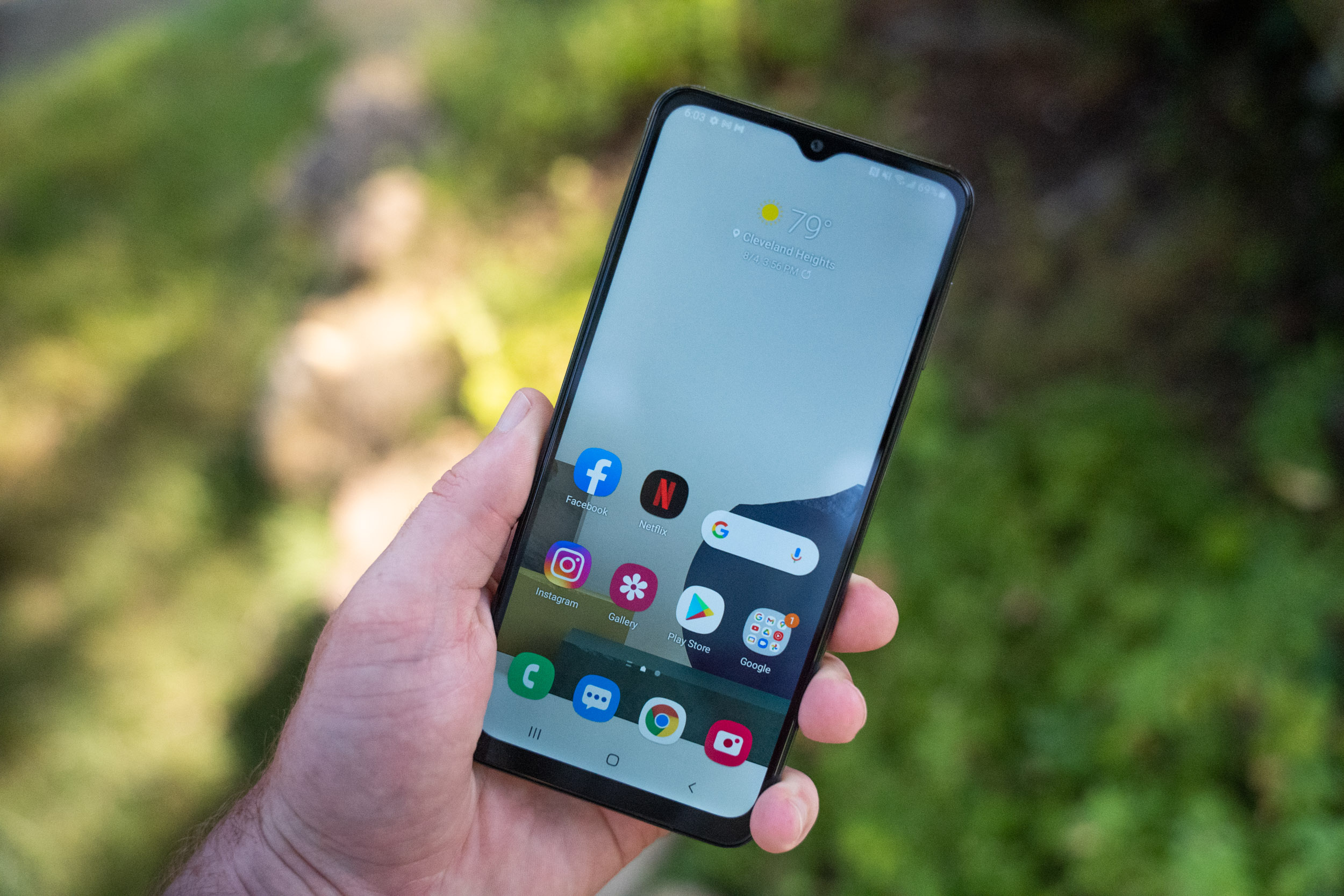 The software is easy enough to use, but Samsung still has some design inconsistencies between its apps and the overall system UI which can be a bit frustrating. Samsung is also a big fan of showing advertisements within its own apps, so don’t be surprised to see ads in your notification share, weather app, Samsung Pay, and a few other places as you’re using your device.

Out of the box, the phone is running on Android 11. While the phone is set to receive at least two major Android updates (Android 12 and Android 13), Samsung is usually pretty slow to roll out updates to its A-series smartphones. Last year’s Galaxy A31 received its Android 11 update in late April of this year, a full seven months after the update was released by Google. 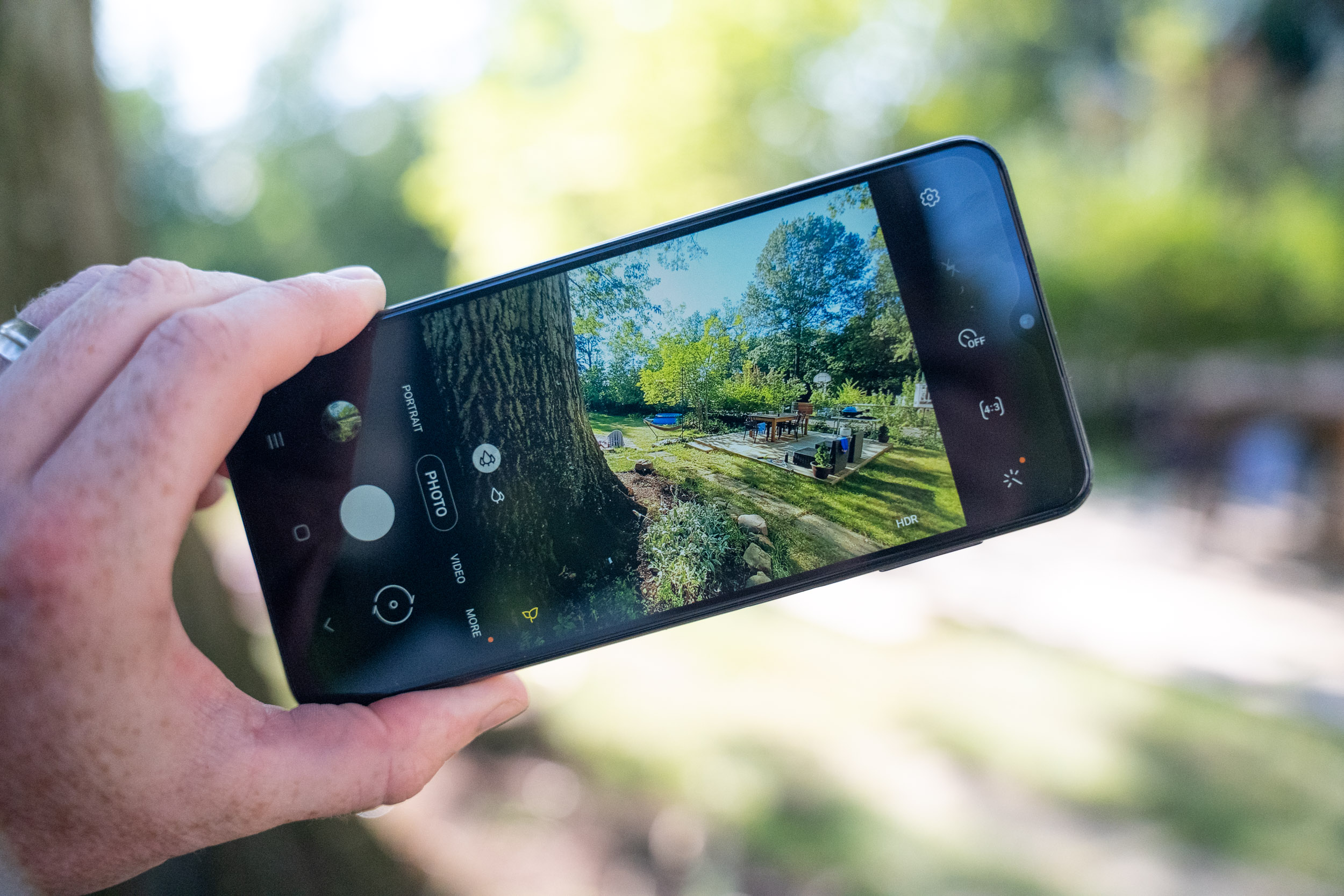 As we all know, more isn’t always better. This is especially true in the case of the number of cameras on the A32. Samsung has equipped this phone with a total of five cameras — four on the back and one of the front.

If you’re used a high-end smartphone in the past three years, the images you get out of these cameras will definitely disappoint you. The 48MP main camera and 8MP ultrawide on the back of the phone are the only two cameras that are reliable, but the dynamic range and low light performance leave a lot to be desired. 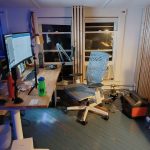 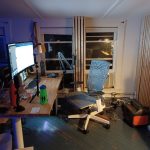 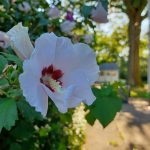 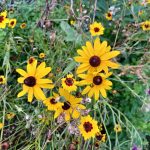 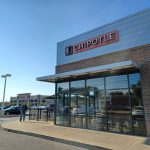 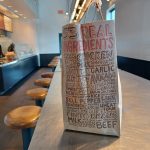 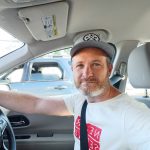 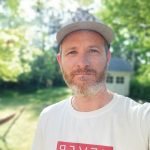 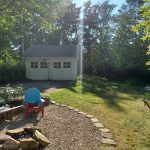 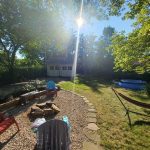 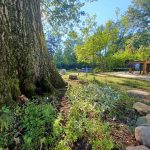 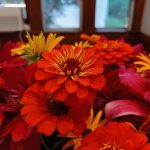 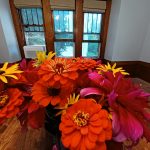 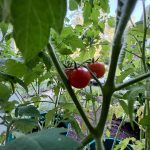 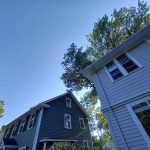 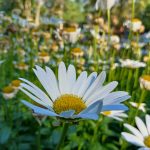 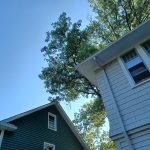 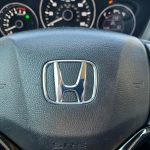 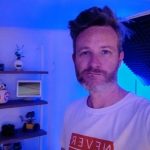 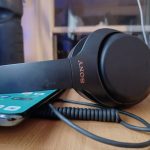 The 13MP selfie camera is capable of taking a good shot now and then, just as long as lighting conditions are perfect. If you find yourself indoors or want to take a selfie at night, my recommendation is to flip the phone around and take a picture with the ultrawide camera on the back.

One thing I really enjoy about budget-friendly devices is that they always seem to deliver exceptional battery life. The 5,000 mAh battery crammed inside this phone does a great job of keeping the device powered, delivering roughly two days of use between charges. In our battery benchmark, the phone ran for 15 and a half hours through a simulated process loop with the screen on.

The only downside here is the phone’s 15W charging speed which took 2:17h to charge the Galaxy A32 from 0-100%. The results here aren’t surprising since fast charging speeds haven’t been a priority for Samsung, even with its flagship smartphones. 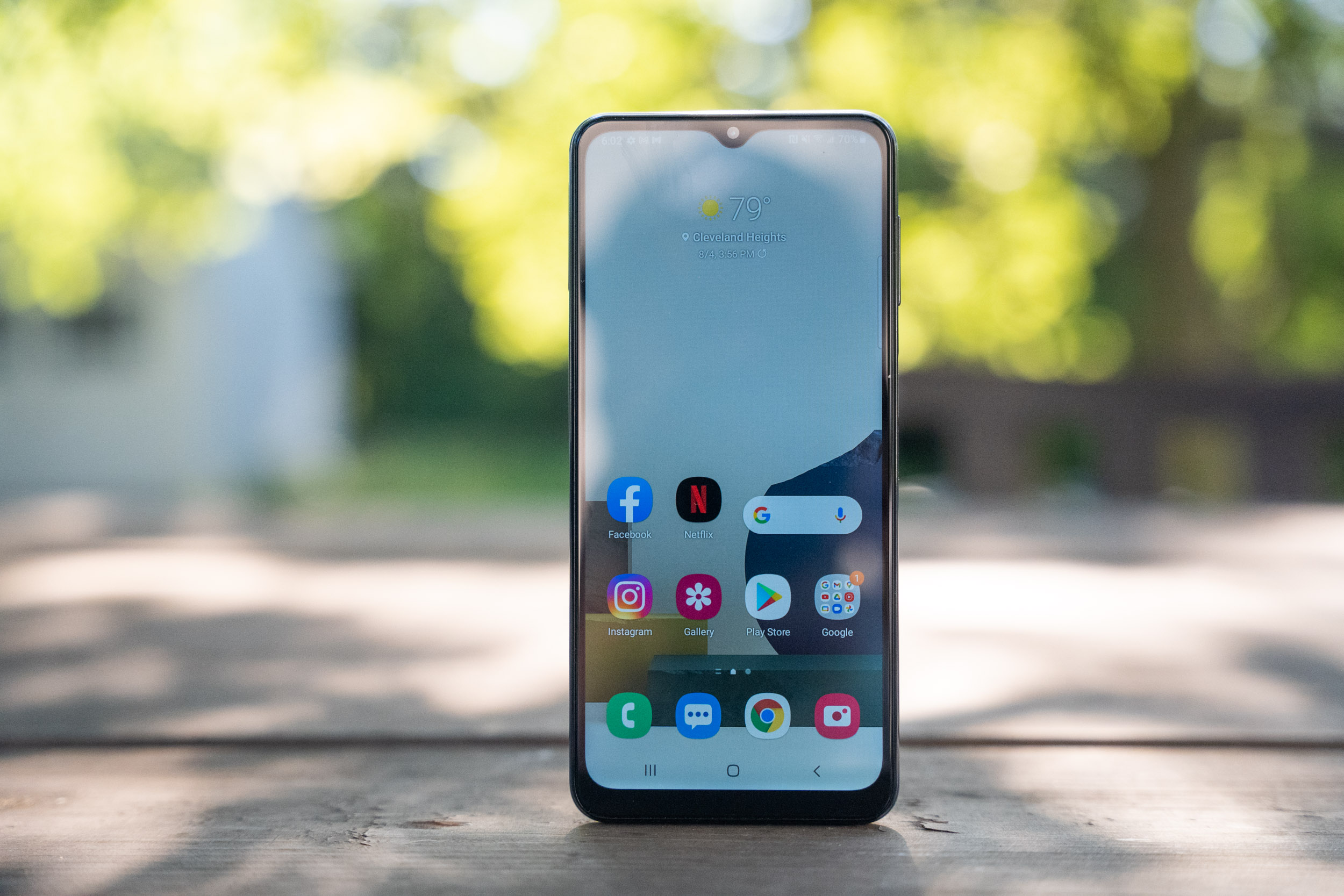 While it’s hard to get excited about a budget-friendly smartphone like the Galaxy A32, the phone delivers a well-balanced experience and great value for its $280 sticker price. It’s a great phone for anyone who wants a device that can last two days without needing to charge it or simply wants something reliable and powerful enough to play some games while on the go without breaking the bank.

Samsung could have put a little more effort into the phone’s looks, but I don’t think the bland design is really going to keep anyone at bay.

And since Samsung and service providers are always running great deals on budget-friendly phones, don’t be surprised to find steep discounts on the Galaxy A32 from time to time.

The Samsung Galaxy A32 isn’t the cheapest 5G smartphone you can buy, but it’s certainly the best sub-$300 smartphone we’ve tested in 2021.