One day after LPDDR5X was announced, we’re seeing a new report suggesting that the Xiaomi Mi 12 will be making use of the new technology. Not only that, but Xiaomi is also expected to be one of the first smartphone makers to release a device with Qualcomm’s next flagship chip. Despite it not being announced just yet, reports suggest that the name of this chipset will be the Snapdragon 898.

Part of the reason why Xiaomi is trying to jump aboard the “early adopter” train for both the SD898 and LPDDR5X memory is simply due to compatibility. This new and faster memory is not compatible with Qualcomm’s current Snapdragon 888 or last year’s SD865. Instead, those two chipsets are only compatible with the LPDDR5 that is found in most flagships today.

With LPDDR5X, memory speeds have been vastly increased compared to the current LPDDR5. The maximum data rate for this new version maxes out at 8,533 Mbps, which is quite a jump from the 6,400 Mbps offered by LPDDR4X.

Not much else is known about the Xiaomi Mi 12 just yet, other than the potential introduction of the company’s 200W HyperCharge technology. Although, even that may be limited to just the Mi 12 Ultra. We’ve also seen rumors claiming that one of Xiaomi’s upcoming flagships will be the first to launch using Samsung’s new 200MP camera sensor.

It’s unlikely that we’ll see the Mi 12 anytime soon, as the Xiaomi Mi Mix 4 is likely the next flagship to come from the Xiaomi camp. The Mix 4 recently passed through TENAA, and could introduce an under-display selfie camera along with 120W wired charging. Spec-wise, we’re expecting to see the Snapdragon 888 with 12GB of RAM and up to 512GB of storage. 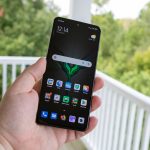 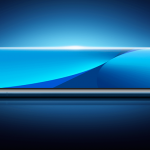 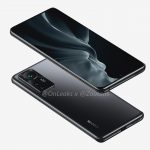