Now that the Huawei P50 Pro has been announced with its unique camera system, you might be wondering just how well the cameras perform. Well, if DxOMark has anything to say about it, the P50 Pro is now atop the leaderboards, nudging out the Mi 11 Ultra. 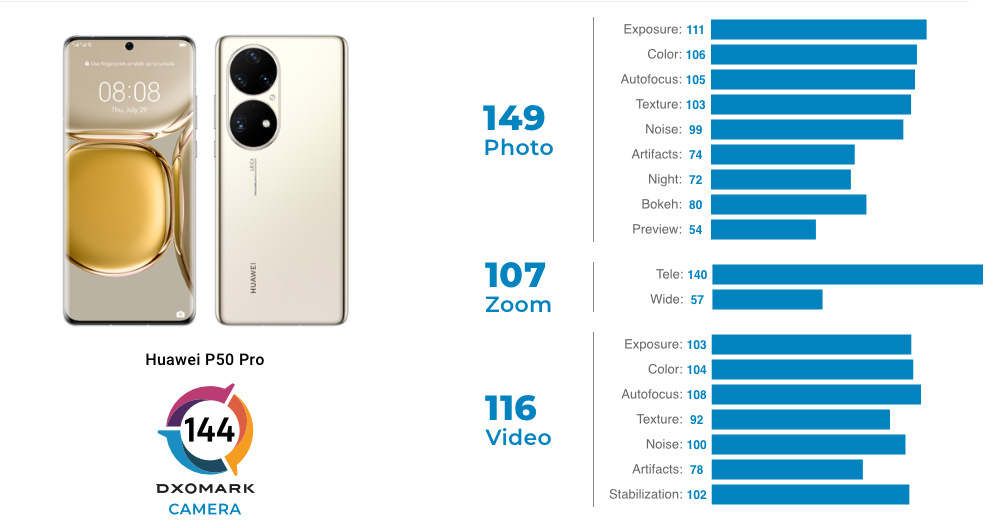 DxOMark gave the Huawei P50 Pro a total score of 144, with high remarks for its wide dynamic range “in all conditions” for both the main and ultrawide lenses. In its review, DxOMark found that the P50 Pro is practically capable of handling just about any type of photo that you could throw at it. There are some “occasional” issues when using autofocus in low light conditions, but it’s unlikely anything that would deter you from picking up the P50 Pro.

It’s unsurprising to see Huawei hit the market with such a powerful camera system, as the company holds four out of the top 10 rankings on DxOMark. Between Huawei and Xioami, the companies have been going back and forth in the battle for camera supremacy. It also wouldn’t surprise us if the Xiaomi Mi 12 Ultra or Mi Mix 4 reclaimed the top spot.

But there are a couple of things to keep in mind when it comes to these rankings. DxOMark’s review was completed with a version of the software that is unlikely to be the final version. So we aren’t sure what, if anything, will be tweaked by Huawei before the phone makes its way into the hands of the masses. 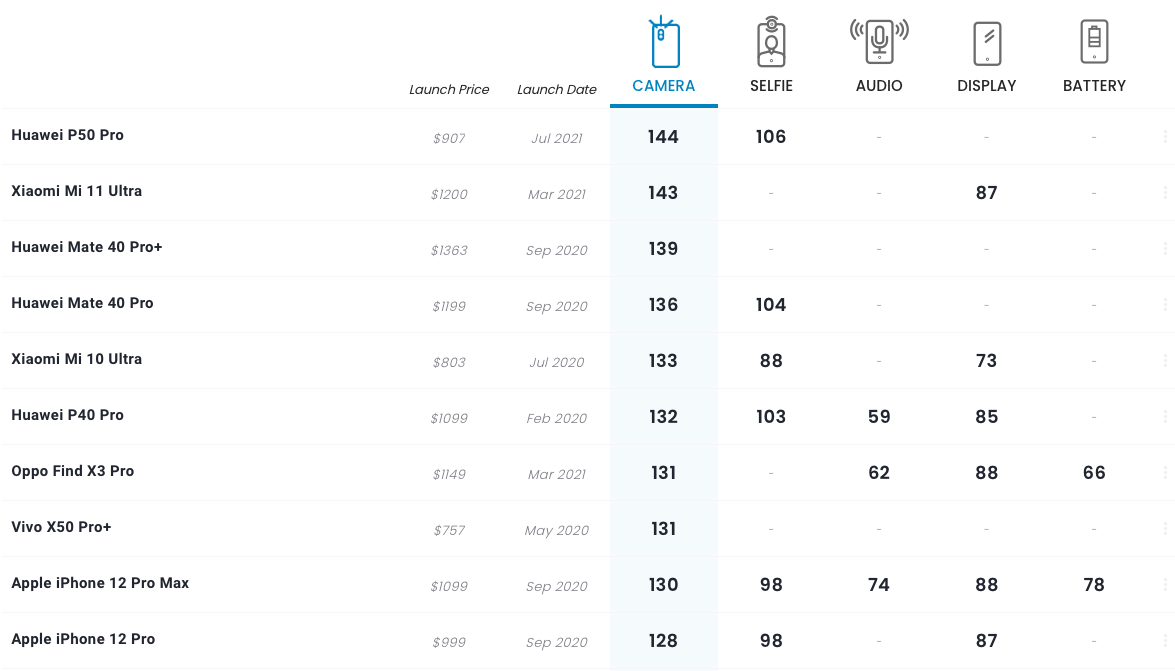 And while it’s fun to sit and talk about how Huawei has overtaken Xiaomi in these rankings, the truth is that you more than likely wouldn’t even notice a difference. That’s because the P50 Pro garnered a 144 score, while the Mi 11 Ultra scored a 143. Rankings are rankings, and scores are scores, but the change in the leaderboard doesn’t mean that your Mi 11 Ultra is any less powerful.

It will definitely be interesting to see what real-world performance of the Huawei P50 Pro will look like when it’s made available to the public. With a camera system including a 50MP main lens, 40MP monochrome sensor, 13MP ultrawide, and a 64MP telephoto, the P50 Pro seems to have everything you could want in a smartphone camera.