Wear OS 3: These are the compatible smartwatches, and the list isn’t long

Despite being announced at Google I/O 2021, Google’s next wearable operating system didn’t have an official name. There were mentions of it being changed to “Google Wear”, while others suggested it would just be called Wear OS. Today, Google announced Wear OS 3 in a new blog post, and “what it means for you”.

The biggest question surrounding the redesigned Wear OS 3 had nothing to do with future releases. We already know that the Galaxy Watch 4 series will run a modified version, dubbed One UI Watch. Instead, those of us who already had recently-released Wear OS smartwatches wanted to know whether an update would be coming.

In the blog post, Google confirmed that the following smartwatches are guaranteed to be updated to Wear OS 3:

Fossil has already confirmed plans to unveil a new lineup of Wear OS smartwatches later this year. The company was announced to be a part of Qualcomm’s new ‘Wearables Ecosystem Accelerator Program‘. This means that Fossil could also be one of the first companies to release a new smartwatch using whatever Qualcomm’s next Snapdragon Wear chip is.

Google also confirmed that the update will not be “forced” onto users, instead going with an “opt-in” approach. Wear OS 3 could impact the user experience, leaving you with undesirable performance, which is what led to Google’s decision. Those who do opt into the Wear OS 3 update will have to perform a factory reset, wiping the slate clean and removing any previous settings.

Finally, Google announced that it “expects” partners to begin rolling out the Wear OS 3 update to compatible wearables “in mid to second half of 2022”. That’s an awfully long time for a software update to roll out, but who knows, maybe TicWatch will have a new smartwatch to accompany Wear OS 3 whenever it’s made available. 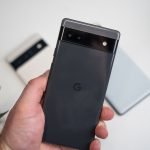