Last night, Samsung finally revealed that its next Unpacked event is being held on August 11th. Instead of trying to push the limits and host an in-person event, this will be another all-digital showcase. At Unpacked, we’re expecting to see a slew of new devices announced, including the Galaxy Z Fold 3 and Galaxy Z Flip 3.

In addition to announcing Unpacked, Samsung also opened up reservations for whatever smartphones are going to be announced. When reserving your spot, Samsung is providing up to an extra $100 in trade-in credit, along with Samsung Care+ at a discounted rate.

It comes as no surprise to see the extra trade-in credit made available. But what does come as a surprise is that apparently, Samsung is allowing those in the U.S. to trade in two phones at the same time, instead of just one. 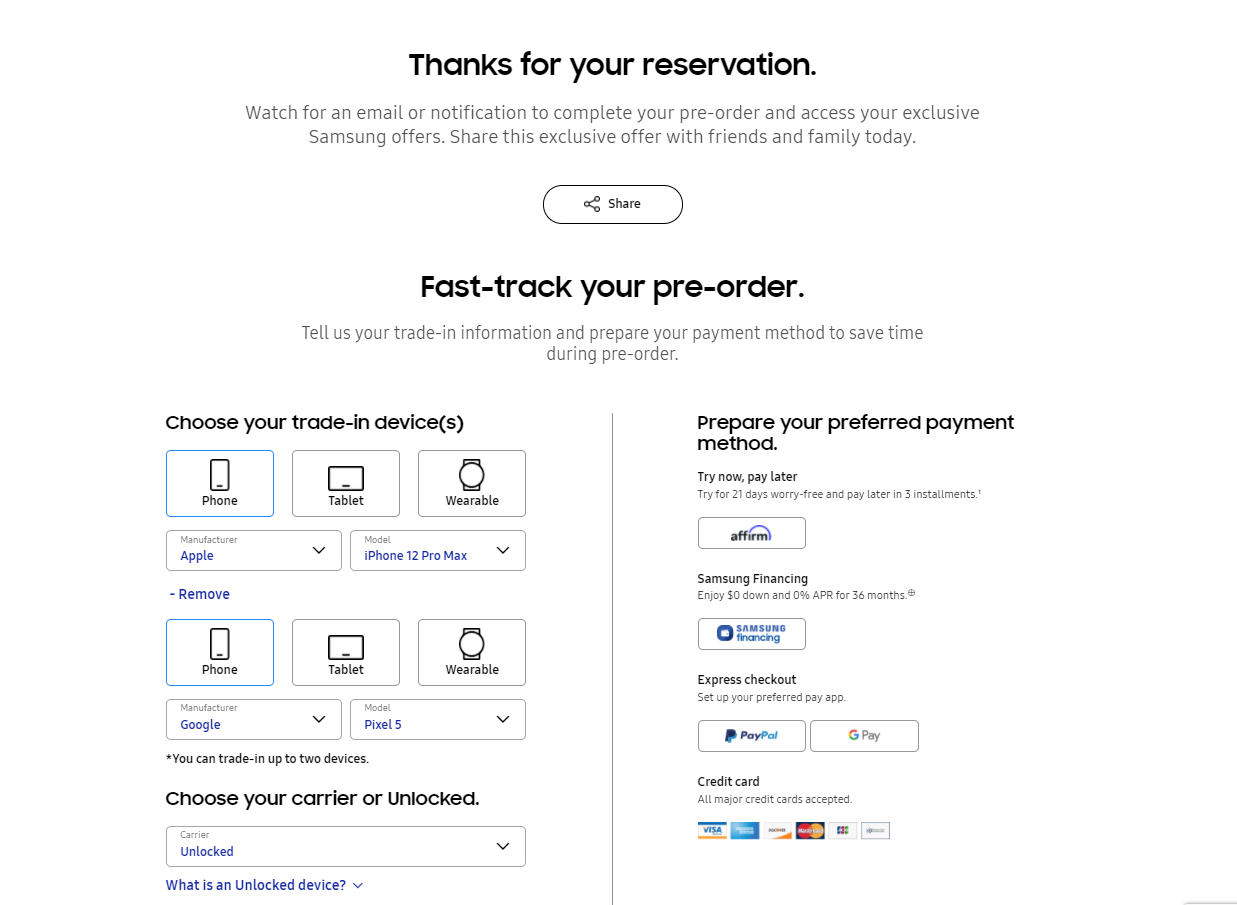 As spotted by Android Police, when you go through the reservation process, you have the option of selecting your first phone, but there’s also another option available. Previously, Samsung limited you to just one trade-in at a time, but this move makes sense considering Samsung wants to get these phones into as many hands as possible.

With the Galaxy Note not coming this year, these are the last flagships that we are expecting to see from Samsung in 2021. Previous reports claimed that Samsung is expecting to sell around 7 million units of both the Z Fold 3 and Z Flip 3. Last year, Samsung “only” sold about 2.5 million foldables, so the company is really swinging for the fences this time around.