If you were to look at the phones released under €250 within the last year, you would likely notice that the competition is quite fierce. With company’s such as Xiaomi, Motorola, OnePlus, Samsung, and a few others, you could even say that this competition is much more exciting than the current flagship smartphone race.

Xiaomi is back at it again to try and offer the best sub-€250 experience you can find thanks to the Redmi Note 10 5G. But this phone is in a little bit of an awkward spot given what is offered and how it stacks up against other options at the same price point. Does Xiaomi do enough with one of its latest handsets to stand apart from the competition? Or is this just another phone to have in its lineup? 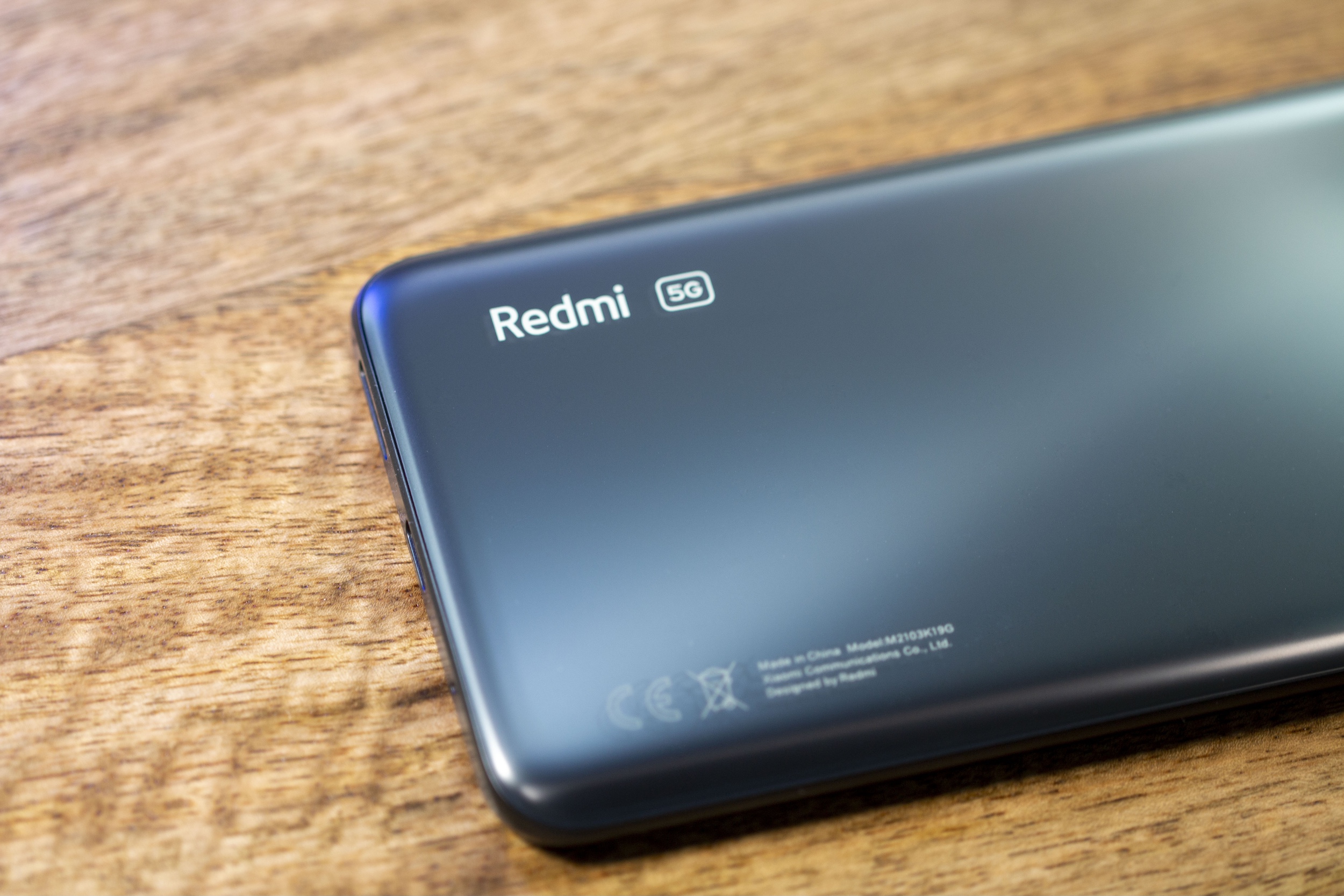 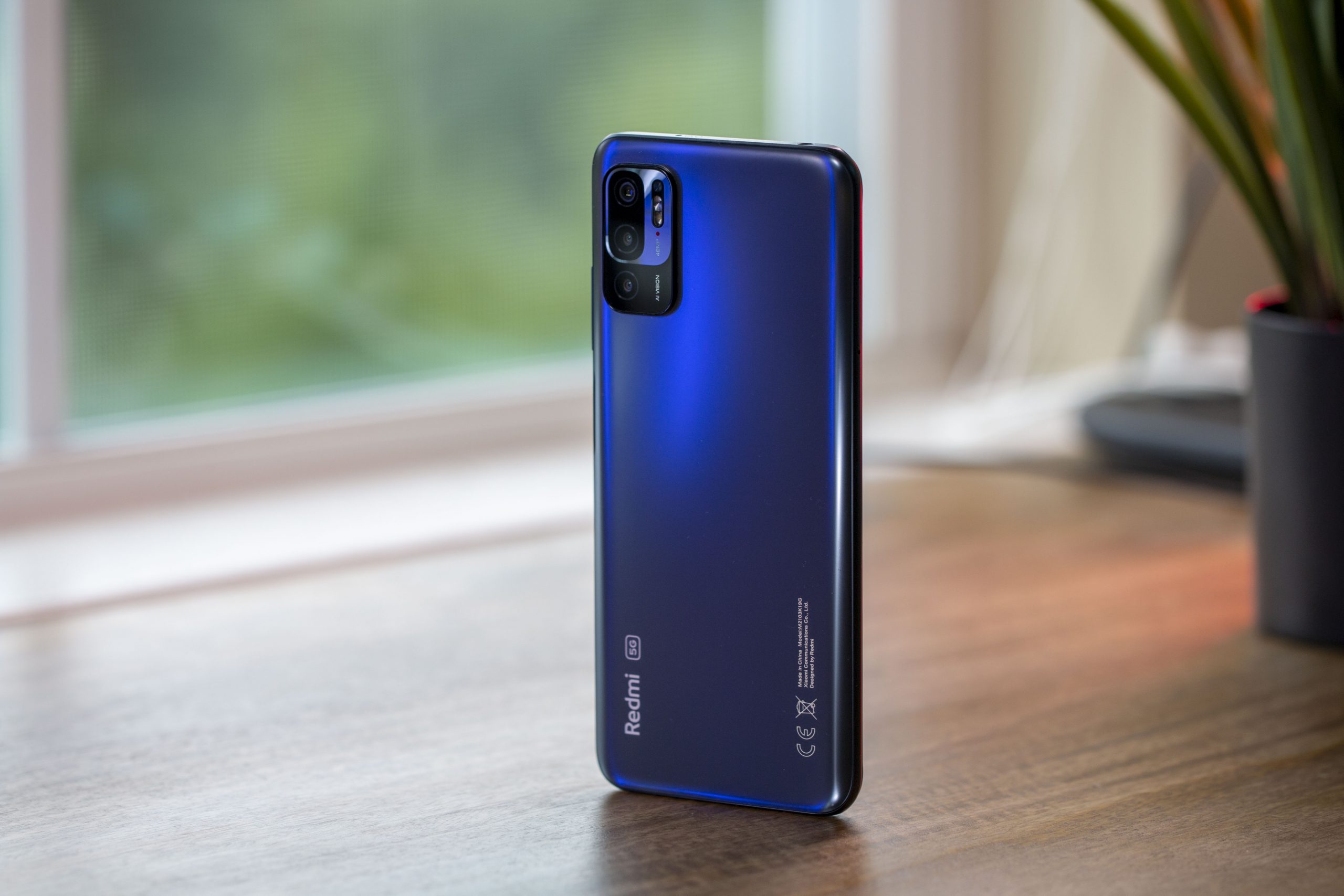 Out of the box, you’re not going to really notice anything “unique” about the Redmi Note 10 5G, but that’s kind of the point. It’s your standard combination of plastic and glass, with a nice matte finish on the back. This is soft to the touch and does a pretty good job at withstanding fingerprints and oils from your hands compared to the glossy finishes found on most phones nowadays. In the box, you’ll find the charging brick, charging cable, regulatory paperwork, along with a clear TPU case for those who want some protection.

Around the edges of the Redmi Note 10 5G, you’ll find the power button along with the volume rocker on the right side. The power button also doubles as a fingerprint scanner which is a nice addition and makes it so you can unlock your phone faster than just entering a pin or trying to put your finger on the right spot in another place. On the top, you’ll find a 3.5mm headphone jack, along with an infrared sensor on the right side so you can control your TV and/or set-top box. Moving to the bottom, we have the USB-C charging port flanked by the mono-speaker and microphone. All of this is pretty standard, as it seems that budget phones are going to carry the headphone jack torch since they’ve largely been removed from flagship phones. 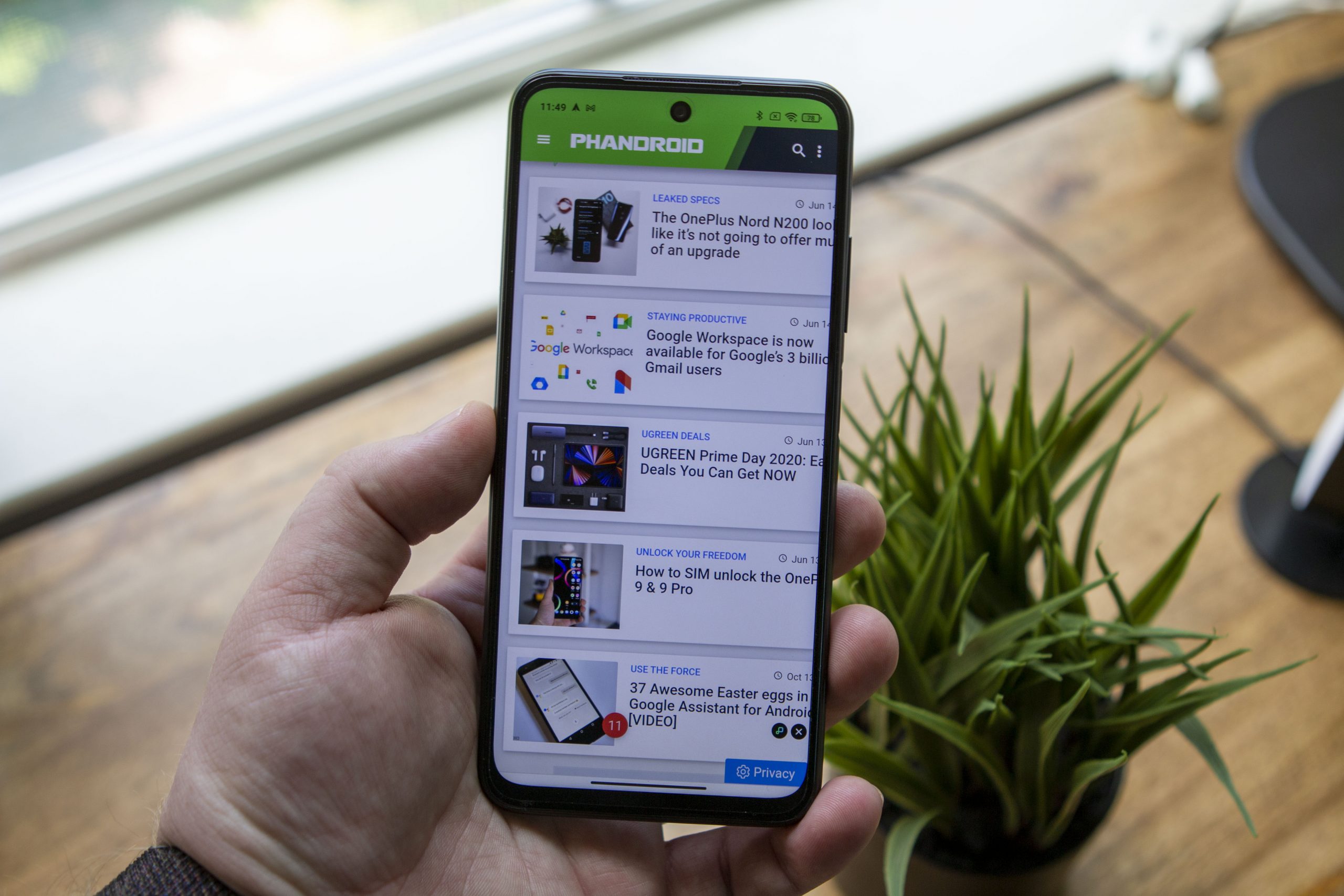 After you turn on the Redmi Note 10 5G, you’ll be greeted with a pretty basic 6.5-inch IPS LCD display, that has decent color accuracy but definitely isn’t as vibrant as other options. But the phone does have a hidden feature that you’ll actually have to turn on, and that’s the 90Hz refresh rate. With the exception of a handful of devices, a 90Hz refresh rate is becoming the new industry standard across, moving away from the 60Hz that we’ve had for years now. It’s really great to see improvements like this arrive on just about every Android phone, and isn’t just reserved for mid-range or flagship devices.

But what helps make this display stand out compared to other devices with faster refresh rates is that it’s actually an adaptive refresh rate. This means that the display automatically adjusts between the 60Hz standard and 90Hz. Xiaomi also promises a future update will slow things down even further, as it will add 30Hz to the mix. With a variable refresh rate, you’re able to enjoy faster refresh rates while doom-scrolling Twitter or playing games, but just reading an article or a book will slow things down.

It’s pretty obvious when you go from a phone like the Z Fold 2 or OnePlus 9 and switch to a device using a lower refresh rate. Needless to say, I quickly jumped into the settings and enabled a faster refresh rate. But I was greeted with a stuttery mess that made me feel like my eyes were trying to play tricks on me. Moving between menus, opening and using different apps, and just interacting with the phone made me feel like something was up. 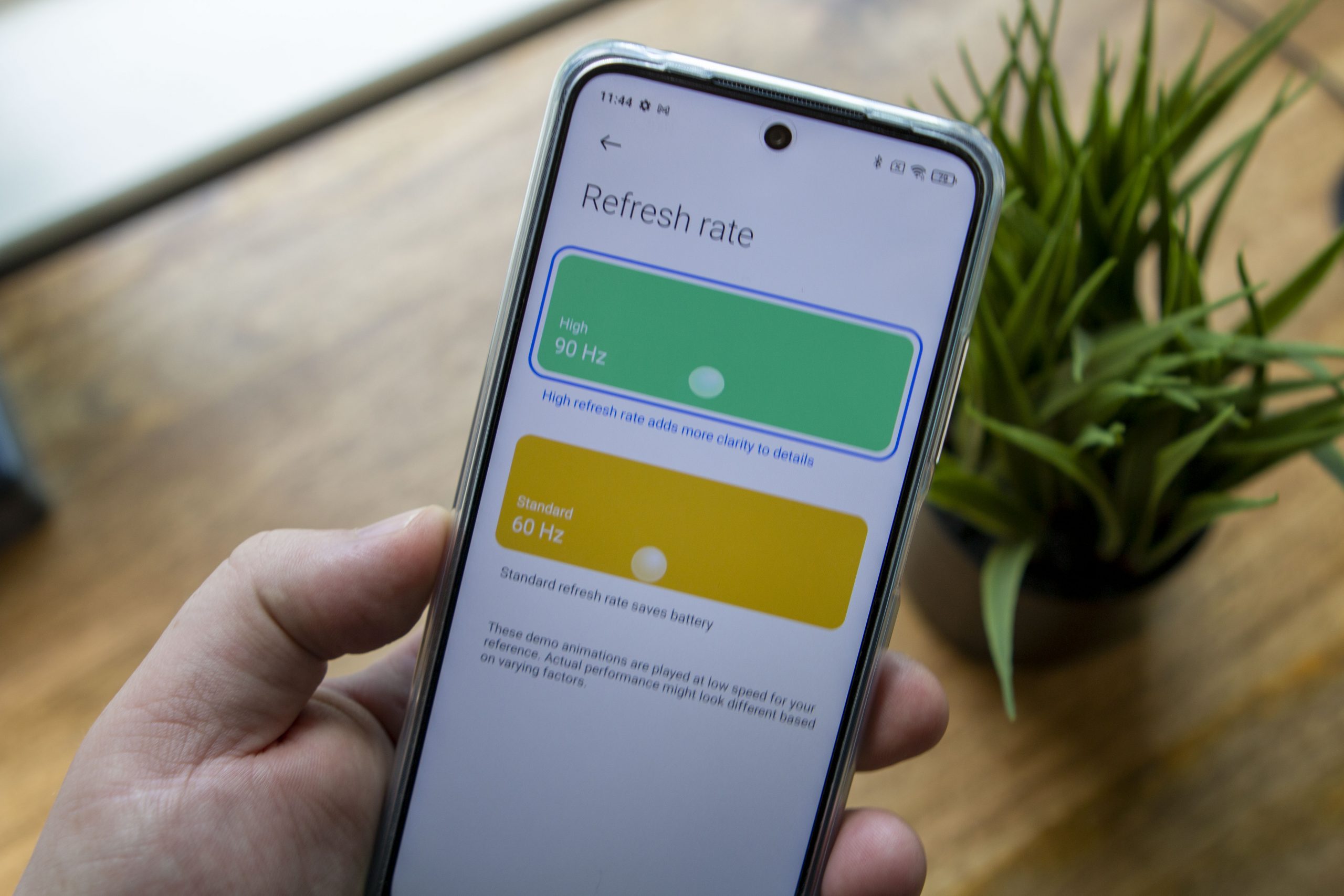 Thinking that maybe there was just a bug in the system, I factory reset the Note 10 5G hoping that would clear something up. Unfortunately, nothing changed even on the second go-’round. It wasn’t until Xiaomi pushed one of its latest updates to the phone that the problems were remedied, but even then, it still doesn’t feel as smooth as other phones with 90Hz enabled. It doesn’t even feel as smooth as my iPhone 12 Pro with its 60Hz panel. Perhaps Xiaomi is still trying to dial in the variable refresh rate with this display panel, but we’re hoping that it gets fixed sooner rather than later. 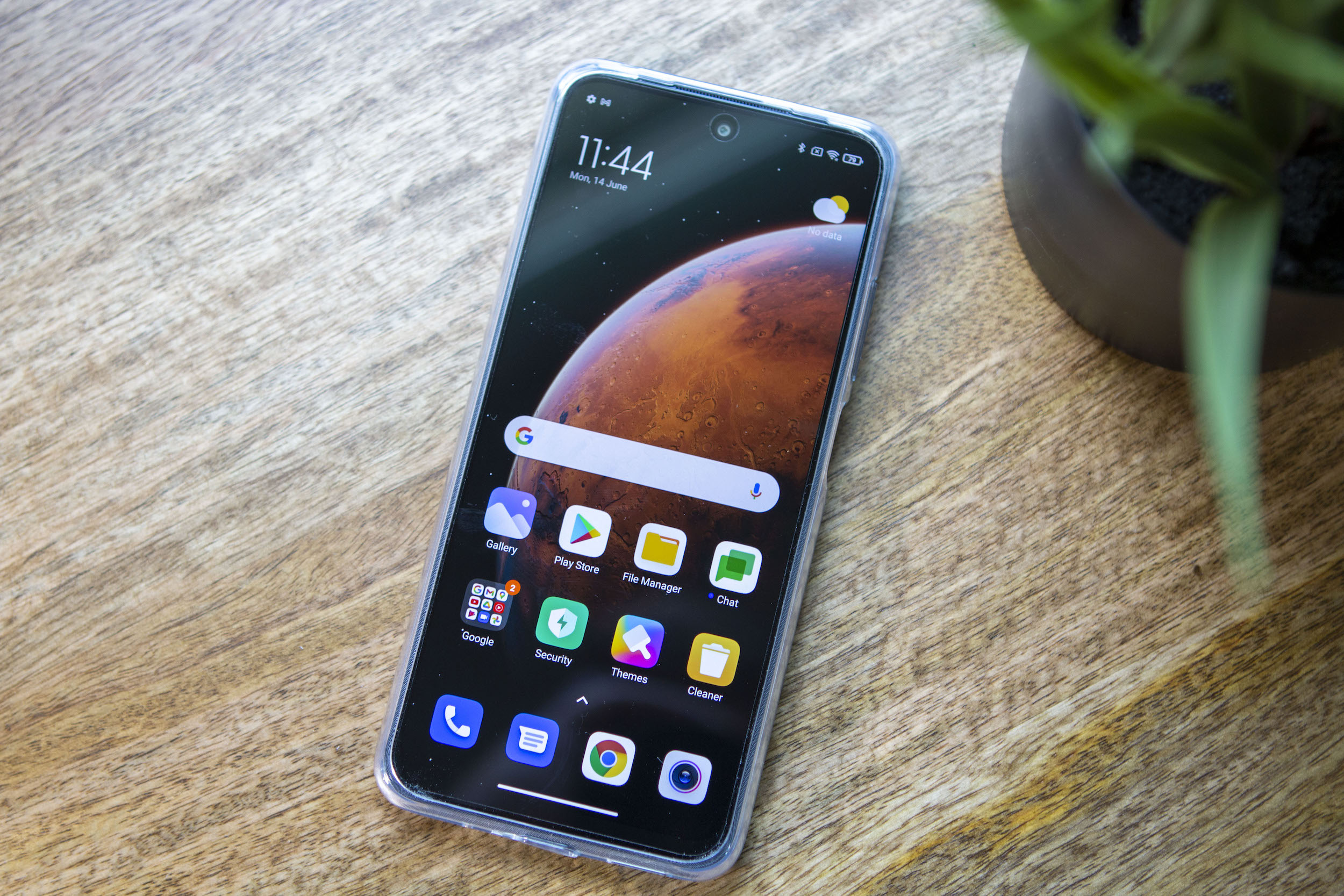 MediaTek is making a big push to try and cut into the stranglehold that Qualcomm has had on smartphones over the last decade. The company’s latest series of Dimensity processors offer similar, if not improved, performance when compared to Snapdragon-powered devices at the same price point. With the Redmi Note 10 5G, we have the MediaTek Dimensity 700, which not only helps keep the cost of phones low but also adds the 5G connectivity that many folks are looking for.

So how does the Dimensity 700 actually stand up in day-to-day use? I was pleasantly surprised to confirm that I ran into no noticeable issues, other than the refresh rate problems. The Redmi Note 10 5G was able to withstand multi-tasking, quickly switching back and forth between apps, and enjoying some games when I actually had time to sink into Dead Cells or whatever else tickled my fancy that day.

As you would expect, Xiaomi included MIUI 12 with the Redmi Note 10 5G, which is based on Android 11. In true MIUI fashion, it feels like a mashup of Android and iOS, especially if you enable the Control Center which brings down your quick toggles when swiping down from the right side of the status bar. It’s definitely “less in your face” compared to the MIUI of the old days, while providing enough launcher and UI tweaks to appease the customizers out there. 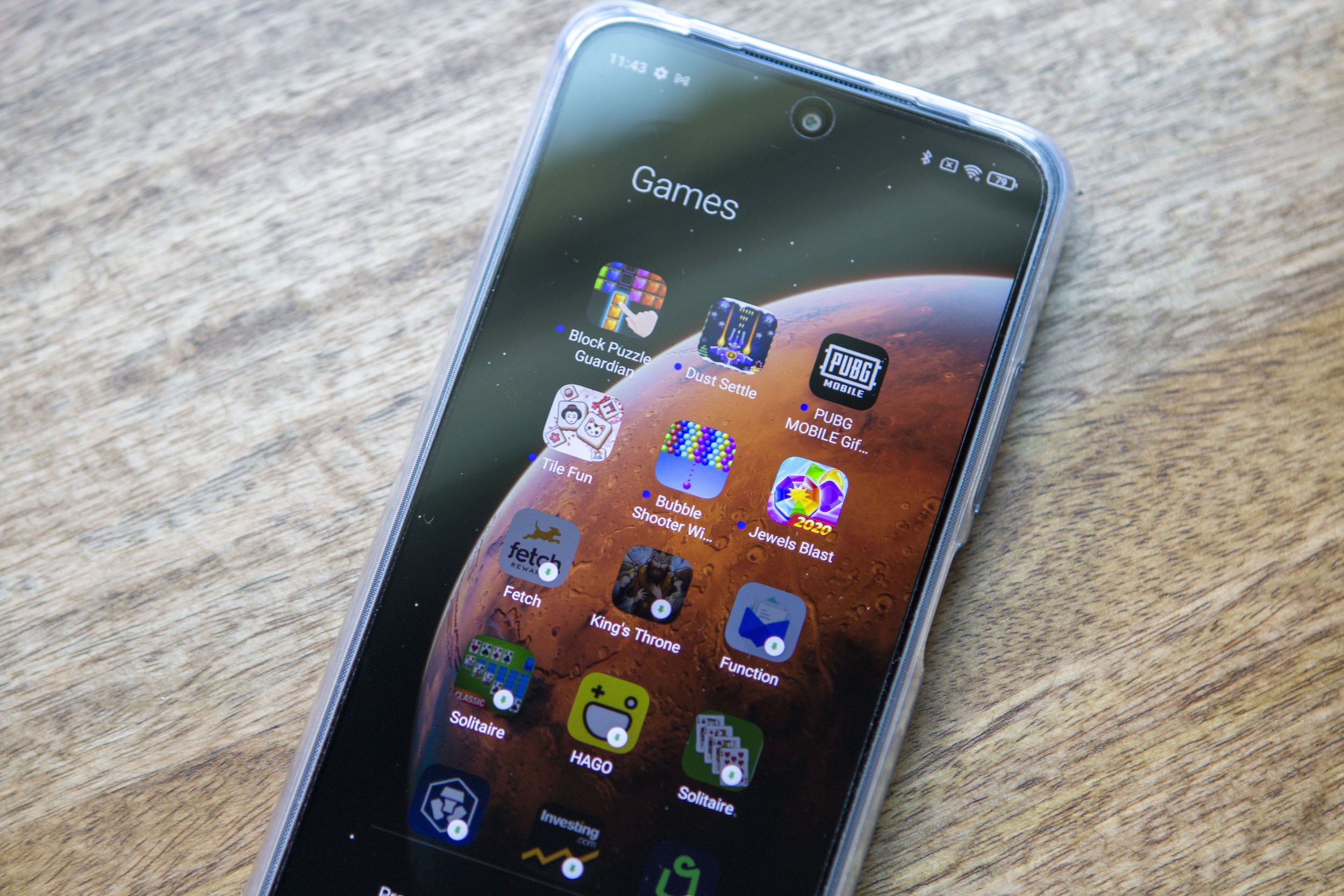 The biggest problem I have is the fact that there are far too many pre-installed apps and games to be found. Starting it up for the first time, and you’ll see a bunch of bloatware like Block Puzzle Guardian, Dust Settle, Bubble Shooter, and even things like Facebook and LinkedIn pre-installed. I thought we had moved away from the days of phone makers installing a bunch of crapware onto phones, but it seems that’s not the case. Of course, you can just go through and uninstall the apps and games you don’t want, but it shouldn’t be something you have to worry about.

There’s not really too much to write home about when it comes to the battery life on the Redmi Note 10 5G, other than the fact that it’s pretty great. The 5,000mAh cell provides at least a day of power, usually going into the next day depending on what you’re using your phone. Instead, our biggest gripe is the 18W charging speeds which is the slowest offered by a Redmi Note 10 phone. On one hand, we see Xiaomi pushing the limits of what smartphones can handle in terms of charging speeds, but on the other, it throws in a snails-pace charging speed for the Note 10 5G. With a battery as big as this one, we wish that Xiaomi would push the envelope even a little bit further. 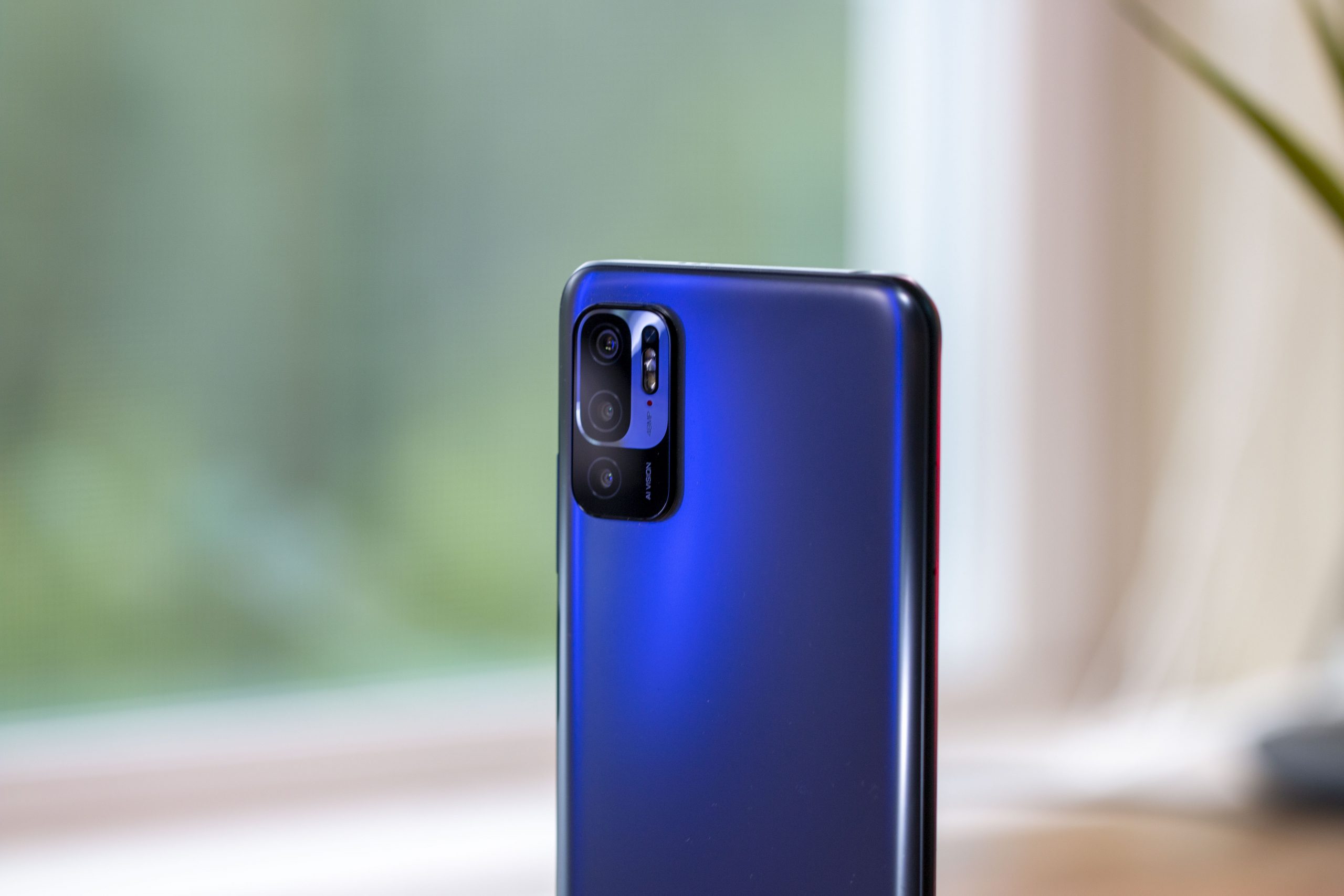 One area where we continue to see these budget phones miss the mark is in the camera department. The trend continues with the Redmi Note 10 5G and its “triple camera” array. Sure, there are three sensors on the back, headlined by the same 48MP lens that’s found on the non-5G version of the Redmi Note 10. But you also have the “pleasure” of using a 2MP macro and a 2MP depth sensor. But as we continue to see time and time again, these additional lenses are really nothing more than spec-sheet stuffers and aren’t actually useful.

In broad daylight, with the sun shining, you’ll get some pretty good-looking pictures. The 48MP lens is serviceable by most accounts and can handle almost everything you need it to, provided that you have enough light. But as soon as you take away that good lighting, you’re going to be sorely disappointed. It’s like the phones of the old days where the cameras were an afterthought and weren’t actually usable in any conditions other than with great lighting around you. We wish this trend would come to a close, but sadly, it’s unlikely to do so because it’s all about marketing, and less about providing a solid camera array. 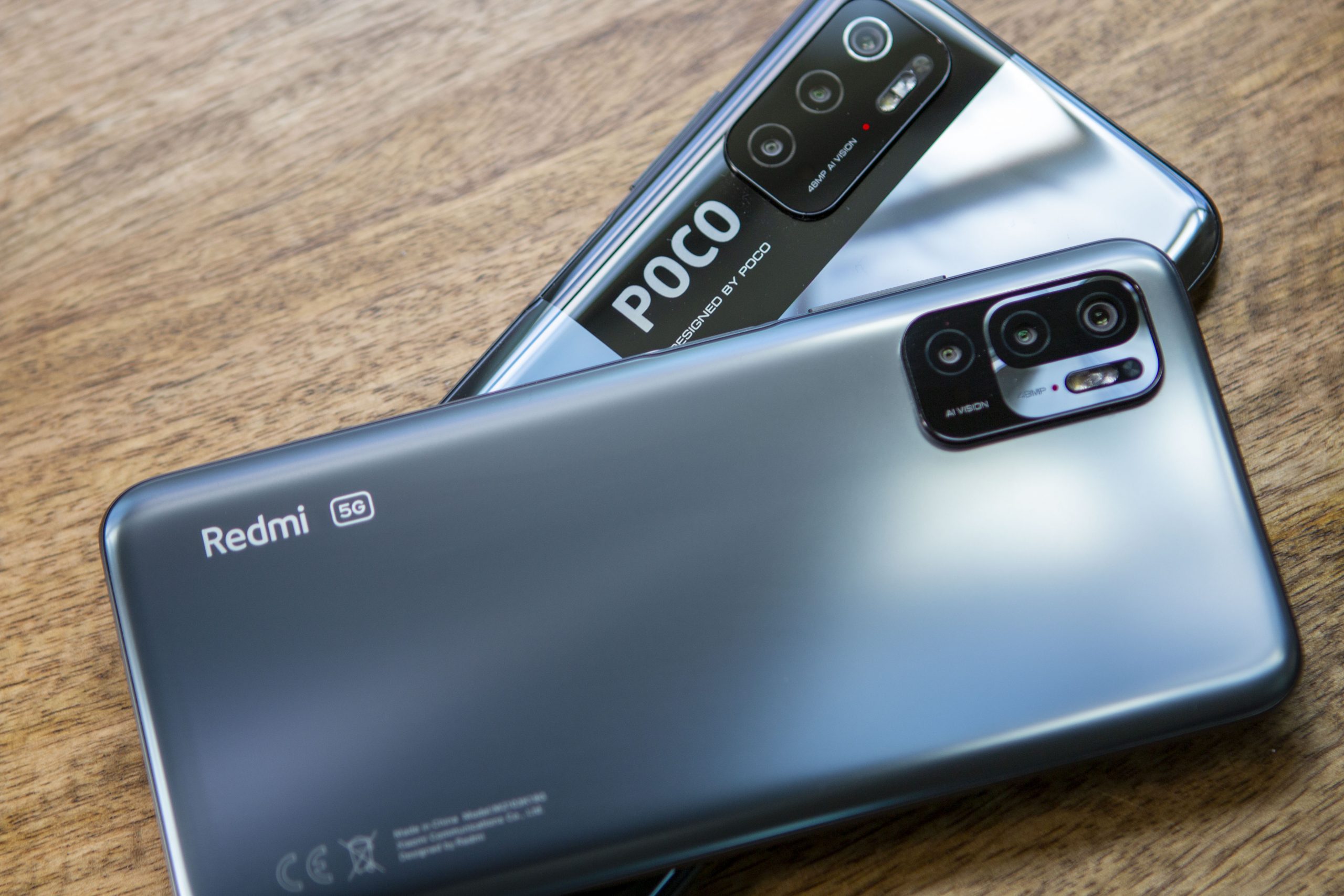 The Redmi Note 10 5G is somewhat intriguing due to its 5G connectivity and solid performance. The variable refresh rate is a nice touch, even if you take out my experiences with stutters, and the Dimensity 700 can handle most of what you might want to throw at it. Even battery life is going to be great thanks to the combination of the LCD display and the massive 5,000mAh battery. But you’re going to instantly be smacked with disappointment when it comes time to re-charge your phone.

What makes this such a difficult phone to recommend is purely thanks to Xiaomi. The company’s Poco M3 Pro is priced even lower, features practically the same spec sheet, and looks almost identical. This includes the 5,000mAh battery, Dimensity 700 SoC, and the same triple camera array. There’s even a 90Hz refresh rate mode on the M3 Pro, adding insult to injury. Truthfully, the only reason we would really recommend grabbing the Redmi Note 10 5G over the M3 Pro is if you can’t get your hands on the Poco option.

There are a few things to like when it comes to the Redmi Note 10 5G, but once you start looking at the competition, even within Xiaomi’s own lineup, it’s easy to see why you might be better off looking elsewhere for a 5G-connected device.